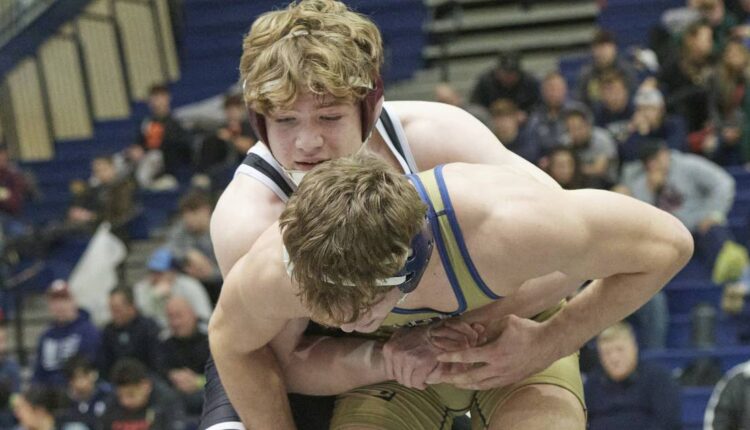 Another busy week ahead in the Lehigh Valley with several dual meets that will go a long way in determining seeding for the upcoming District 11 team duals.

Others will just be fun:

Freedom’s CJ Horvath (99), Quakertown’s Mason Ziegler (97) and Catasauqua’s Gavin Fehr (96) are the next three closing in on 100 career wins.

Saucon Valley’s Tyler Pfizenmayer reached the mark Saturday at Northern Lebanon’s’ Berserker Duals. He is the 32nd Panther to do so.

Quakertown, last year’s District 1 Class 3A runner-up, is the sixth seed in this year’s tournament, which starts Friday.

Defending champion Council Rock South is the top seed and hosts No. 16 Upper Perkiomen at 7 Friday. No. 3 Pennridge hosts No. 14 Strathhaven.

Quarterfinals, semifinals and the final are Feb. 4 at Upper Dublin. The top four teams advance to the PIAA Team Wrestling Championships, which start Feb. 6 at neutral sites before heading to Hershey’s Giant Center from Feb. 9-11.

Faith Christian faces Bristol in the District 1 Class 2A final at 1 pm Feb 4 at Upper Dublin.

Here’s a look at the region’s top 10 teams entering Tuesday:

This week: Wednesday vs Dieruff; Saturday vs Malvern Prep

Of note: Perfect timing for the Golden Hawks to have a dual meet against the Friars, who are ranked No. 5 nationally. The team postseason is around the corner.

This week: Wednesday vs. Berks Catholic

Of note: The Lions ran away with the team title at the 12th annual Coal Cracker with four champions (Gauge Botero, Arment Waltenbaugh, Cael Weidemoyer and Adam Waters) and 83 points more than second-place Central Dauphin.

This week: Wednesday at Allen

Of note: Lost only four bouts in beating Dieruff and Emmaus.

This week: Wednesday vs. Wilson; Saturday at Wyoming Seminary.

Of note: Beat Salisbury and Saucon Valley. Showdown vs National No. 2 Wyoming Seminary is a great lead-in to the postseason.

This week: Wednesday vs Palisades

Of note: Carson Wagner was honored ahead of his win over visiting Pocono Mountain West for being the second Concrete Kid this season to reach the 100-win mark.

This week: Wednesday vs. Pocono Mountain West, Thursday at Parkland and Saturday at Delaware Valley

Of note: Beat East Stroudsburg South and PIAA Class 3A No. 5 Council Rock South before losing for a fourth consecutive time to rival Phillipsburg

This week: Wednesday at Central Bucks West; Thursday vs Strath Haven in the first round of the District 1 Class 3A team duals

Of note: Knocked off Central Bucks South and Pennsbury. Junior Ryan Gallagher made his season debut in that tri-meet

This week: Wednesday vs Pleasant Valley, Thursday vs Easton, Saturday at Liberty

Of note: Beat Whitehall then was sixth in the 60-team standings at the Coal Cracker. Adrian Gacek brought home the 189-pound title

This week: Wednesday vs. Wissahickon; Thursday vs Pennsbury in the first round of the District 1 Class 3A team duals

Of note: Beat Plymouth-Whitemarsh then swept its Quakertown Duals. Got Gavin Carroll back to close up one hole