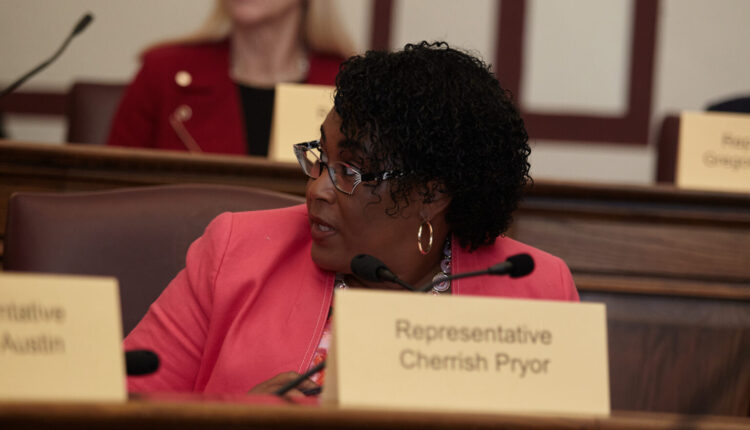 Real Alternatives operates as a pass-through organization, funneling money to six other entities which operate in 11 counties, mostly in northern Indiana. House Bill 1001 provides $2 million for the organization, but it’s unclear if that money renews their contract, set to expire later this year, or supplements it.

“The mission of the program is to provide support that promotes childbirth rather than abortion from the moment of conception through 12 months after the birth of the baby,” Kevin Bagatta, the president of Real Alternatives, told the House Ways and Means committee Tuesday.

“Abortion is driven by women who are alone and what this program does – and what you’ve been funding – is to give that person… another person who will walk with her and help her overcome her own obstacles.”

But some House members questioned the group, wanting to know more about its claims of saving the state $210 million annually.

“We’re providing money to them and some of us have never even heard of them,” Rep. Cherrish Pryor, D-Indianapolis, said Thursday. “If they say that they were saving $210 million, I’d like to see how you are saving… because if you are doing such a good job saving, maybe those practices can be duplicated in other places.”

Pryor, a member of the Ways and Means Committee, said Real Alternatives shared a booklet repeating the number but not providing a breakdown, which she requested during Tuesday’s hearing.

“I still don’t understand how they are saving the state that $210 million dollars. That’s why it’s so important for them to report to the state how they’re using that money,” Pryor said.

Real Alternatives didn’t respond to an interview request but shared their calculation for “potential savings,” of $210 million by serving 8,945 clients who were referred to proper prenatal care in the 2020-2021 fiscal year.

The email explaining the savings used a Centers for Disease Control and Prevention estimate from 1999 that explored the influence of prenatal care on low-birthweights for infants.

“If all U.S. women received adequate prenatal care, the estimated savings would be $14,755 per low-birthweight birth prevented,” the report said.

The email converted the $14,755 estimated savings to 2021 dollars – $23,440 – and multiplied that by the number of clients served. The email did not include any statement beyond the calculation.

Former Gov. Mike Pence announced the $3.5 million deal with Real Alternatives in 2015 on a state holiday, without publicizing the contract or sharing details, following a $1 million one-year pilot program in northeast Indiana.

The funding comes from the state’s allotment of federal monies for Temporary Assistance to Needy Families (TANF), diverting dollars that could otherwise go directly to the state’s poorest Hoosiers.

The current one-year contract for $2.5 million funds services such as counselors and social workers who may refer pregnant people to other centers for medical care, specifically childhood vaccines. Bagatta, in testimony, emphasized that their facilities do not provide medical care or contraceptive information. The company does provide parenting and abstinence classes.

According to the organization’s contract, progress reports “shall” be oral, written down only if the Department of Health, which oversees the contract, deems it necessary.

“The progress reports shall serve the purpose of assuring the State that work is progressing in line with the schedule, and that completion can be reasonably assured on the scheduled date,” the contract reads.

The Department of Health acknowledged a request for more information, including progress reports, on Real Alternatives but didn’t respond before deadline.

The organization has faced scrutiny in both Pennsylvania and Michigan for misusing taxpayer funds. Real Alternatives was founded in Pennsylvania in the late 90s, expanding to Michigan in 2013 just before coming to Indiana.

Michigan no longer funds the program after Gov. Gretchen Whitmer vetoed funding for “fake health centers that intentionally withhold information from women about their health, bodies and full reproductive freedom,” according to Bridge Michigan.

Former Pennsylvania Auditor General Eugene DePasquale shared an audit report in 2017 claiming Real Alternatives spent millions of dollars over the course of decades on services outside of the state.

The claim spurred a lawsuit by non-profit Equity Forward, an “accountability organization,” for details about its agreements with service providers.

“Today’s ruling allows Real Alternatives to continue concealing information about its nefarious practice of siphoning money back from contractors that is actually meant to serve parents and pregnant people,” Ashley Underwood, the director of Equity Forward, part of the lawsuit, told the .

“This ruling will allow Real Alternatives to continue to enrich itself at the taxpayers’ expense.”

Little appetite for questions in Indiana

One would have required the program to give “medically accurate information” and comply with privacy laws. Pryor said she’d heard from people concerned that Real Alternatives gave misleading information about pregnancy and abortion to women in crisis.

Rep. Sharon Negele, R-Attica, asked her colleagues to defeat the amendment to House Bill 1001, which she authored.

The amendment failed on a 26-62 vote. Pryor’s other amendment to require the organization to keep funding in the state and not use Hoosier money for programs in other states also failed on a 27-63 vote.

This piece originally appeared in The Indiana Capital Chronicle, a sister publication to the Capital-Star.

The Time Has Come for DIY Mandates on Covid