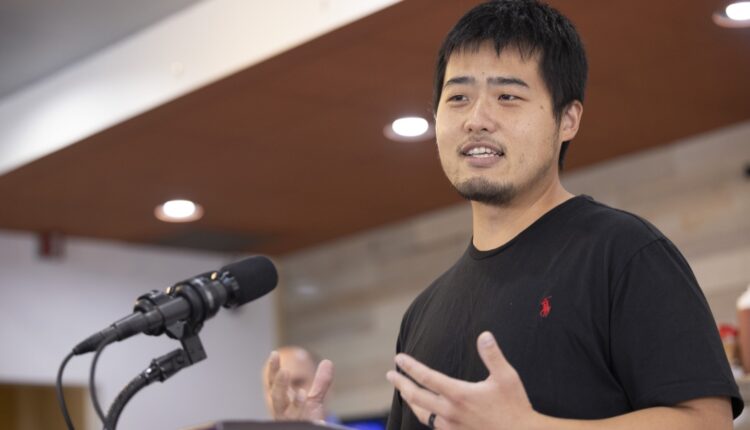 Gov. Tom Wolf visited Silantra Asian Street Kitchen in Lancaster on Monday morning to tout the millions of dollars in COVID-19 relief funding being doled out to the commonwealth’s restaurants and bars.

The program is a result of a $145 million surplus in the state’s unemployment compensation trust fund. Wolf signed off on legislation in March that allowed Pennsylvania counties to begin applying for funding last March to go towards businesses in their region. All 67 counties applied and received funding based on their population and needs.

“Pennsylvania has made significant progress rebounding from the COVID-19 pandemic, but our hospitality industry still needs support,” Wolf said.

All told, $6 million of those funds have gone towards Lancaster County businesses, with a total of 316 businesses receiving grant money,

Heather Valudes, vice president of the Lancaster Chamber, which was tasked with distributing some of the funds, said that the program targeted businesses that saw a 25 percent  loss in revenue as a result of the pandemic.

The 316 Lancaster businesses awarded grants averaged a 47 percent  loss in revenue as a result of the pandemic.

“We know that that funding went to businesses in our community meeting a critical need as they were ramping up to reopen,” Valudes said. “We continue to hear from businesses that say ‘we wouldn’t have made it without this.’”

Sam Guo, owner of Silantra Asian Street Kitchen, said that the $15,000 in funding he received from the program allowed him to increase the restaurant’s starting wage to $15 an hour.

“It allowed us to … compete with larger companies that are offering more,” Guo said.

Wolf also touched on the status of Pennsylvania’s COVID-19 response, saying that he would not consider any additional statewide COVID-19 mitigation efforts such as mask mandates or business shutdowns despite rising infections.

He lauded Pennsylvania’s relatively high rates of vaccination —  more than 77 percent of adult Pennsylvanians have received their first dose as of Friday.

The Pandemic Made Telemedicine an Instant Hit. Patients and Providers Feel the Growing Pains.