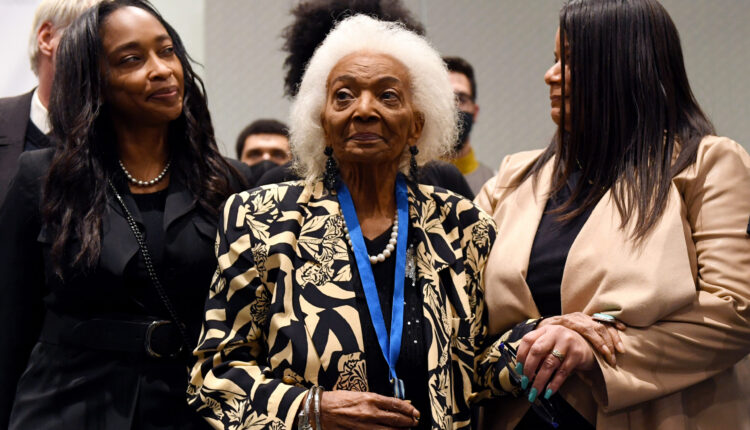 Bill Russell and Nichelle Nichols and their greatest roles you may not know | John A. Tures

America has lost a pair of icons from the 1960s … and other decades of course. Those two would be legendary basketball champion Bill Russell of the Boston Celtics, and Nichelle Nichols of Star Trek fame. As amazing as both of them were in their primary roles, each played an additional role you may never have heard about, but had just as big of an impact.

In his 13 seasons in the National Basketball Association, Bill Russell won 11 NBA Championships, cementing his Boston Celtics as the greatest franchise in pro basketball history. Nobody has ever been mentioned as a better defensive center. In fact, he won so many MVPs against impressive competition that they’ve named the MVP trophy for him.

He was the first African-American coach of any major professional team, where he won a title as well. He had a longtime broadcasting career in professional games. You’re probably wondering what could top any of that.

Believe it or not, Russell may have played a bigger role on network television as a guest star.  Growing up as a teen, you never missed an episode of “Miami Vice.” They had a who’s who list of guest stars. And the writing was so good, that those lessons made a huge impression on you, more than any ABC After School Special. In an episode called “The Fix,” Russell played Judge Roger Ferguson, who had a gambling problem. He would work off his debts by helping out criminals in the legal system, and setting low bail for nefarious drug traffickers.  He loses so much at betting that the gangsters come to him with an offer: tell his son, a college basketball star played by Bernard King, to throw the big game.

King is angry when his dad begs for help. Then he relents, thinking of all his dad (a good guy despite his bad habit), and says he’ll do it to save his father. Russell tells him to play the game of his life, then goes after the mob, sacrificing himself in the process. “I broke even,” are his last words. That lesson stayed with me, showing the consequences of gambling addiction. I just wish a friend of mine from college, who disappeared after a bad run of betting, had seen it too.

Nichelle Nichols is world famous for her role as Uhura, Communications Officer, fourth in command, who commanded a starship in the movies, and half of the first interracial kiss on network TV, in the 1960s.

But did you know she liked Broadway better? She was an accomplished dancer and singer, and model.  Star Trek seemed perhaps a little too far ahead of its time. And she wanted to march with Dr. Martin Luther King, Jr. instead. But the civil rights icon begged her not to quit, explaining how badly needed she was in her role on television.

So she persisted, getting an expanded TV role and as a movie actress. And she worked as a recruiter for NASA, helping bring in astronauts.

What Bill Russell and Nichelle Nichols showed us is that they were truly great in their roles (the kids all say you’re The GOAT nowadays). But both did more than simply excel in their respective talents. Each went well out of their comfort zones to be a role model in other ways, whether it was in acting, coaching, or recruiting for the real deal. And the USA is better for their trailblazing efforts.

John A. Tures is a professor of political science at LaGrange College in LaGrange, Georgia.  His views are his own.  He can be reached at [email protected]. His Twitter account is @JohnTures2.

‘An Arm and a Leg’: Her Bill for a Prenatal Test Felt Like a ‘Bait-and-Switch’ Scheme