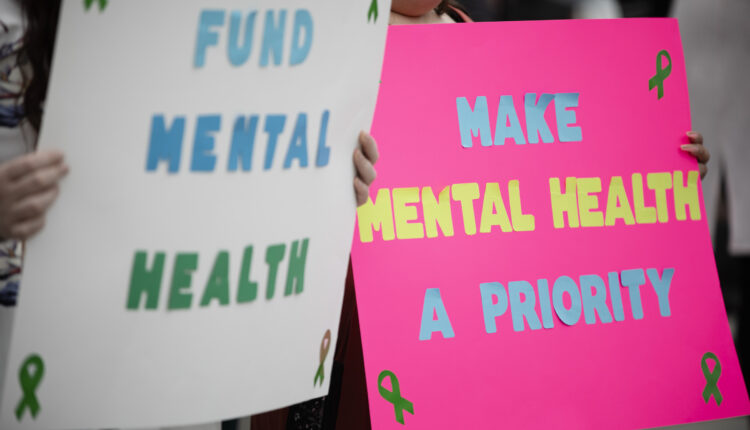 In a recent Capital-Star commentary piece (Autism legislation before Pa. Senate offers false promise to families, 10/18/22), former Pennsylvania House Speaker Dennis M. O’Brien wrote about legislation currently in the Pennsylvania Senate. This reply is an effort to correct what I believe are inaccuracies found in that article.

The article did have some accurate points worth repeating. And O’Brien deserves much praise for his years of service and advocacy to the autism community.

It is undeniable that serving people with Autism Spectrum Disorders (ASD) and behavioral health needs is a complex challenge, as the commentary states. It is also well recognized that the research literature supports the use of principles and interventions based in Applied Behavior Analysis (ABA) as highly effective in helping individuals within this population meet their individual goals.

ABA is often considered the “gold standard.” It is also correct that ABA is not just a treatment intervention and has many applications outside of the area related to autism.

Let’s start with an accurate definition of Applied Behavior Analysis (ABA). ABA is a science (not a treatment or an intervention, but an entire scientific approach) that is focused on developing a technology of behavior change by discovering and analyzing environmental events that reliably influence behaviors of significance to individuals and society as a whole.

This means that it is a data-driven/problem solving process of helping individuals meet their goals of behavior change, rooted in behavioral science. It is not any one principle or intervention. It is also a professionalized field, not simply an approach that any person can say they use, just because they are familiar with the above definition or some of the principles within the field.

The American Medical Association (AMA) has a similar definition of ABA, and defines a Qualified Health Professional in ABA as one having the nationally recognized Board Certified Behavior Analyst (BCBA) credential. The field of ABA has CPT billing codes and taxonomy approved by the American Medical Association (as is typical in other healthcare fields). Thus, ABA cannot be summarized by saying it is merely an approach that many professionals follow.

There are hundreds (more than 20 in the Commonwealth) of graduate schools offering Masters and Doctoral degree programs in applied behavior analysis requiring years of training that cover only a portion of the decades of research, and many subspecialties within the field.

I believe it is of vital importance to correct the accusation that legislation sponsored by Rep. Thomas Mehaffie, R-Dauphin, (HB19) would threaten Act 62 of 2008, the Autism Insurance Act, and reduce the number of professionals able to provide ABA services, thereby disrupting services for many children and adults with ASD in the Commonwealth.

Mehaffie’s bill simply establishes licensure for behavior analysts in Pennsylvania, which thirty six other states, including four of Pennsylvania’s neighboring states.  This is completely separate from Act 62 of 2008 and does not change anything in that act.  The goal of Mehaffie’s bill is to license behavior analysts as a nationally recognized profession, thus increasing access to ABA services and patient safety.

It was also stated that HB19 would increase costs for individuals seeking the credentials as they will have to “pay the costs and fees required by a California-based board.”

This again is an incorrect statement. Mehaffie’s bill  defines a certifying entity as “a nonprofit organization approved by the board that provides programs to credential professional practitioners of applied behavior analysis that are accredited by the NCCA or the American National Standards Institute or a successor institute.”

It is true however that there is primarily one (though recently others have emerged) international certifying entity widely recognized for the field of ABA (similar to other fields). That entity is the Behavior Analyst Certification Board (“BACB”), which is headquartered in Denver, not California.

The BACB is a non-profit credentialing agency, accredited by the National Commission for Certifying Entities (which accredits credentialing programs in nursing, counseling, emergency technicians, etc.).

The BACB is the nationally recognized credentialing body in the field of ABA because it has been able to spend decades and immeasurable resources to create and continuous update a code of ethics, training and experience standards, content and task competencies, and a board exam, all informed by a Job Task Analysis process that includes hundreds of subject matter experts and frequent revisions to stay in touch in changes in the field.

In summary, Mehaffie’s bill does not harm families, consumers, providers or professionals.  Why would Pennsylvania not want to join the 36 (and counting) other states with behavior analyst licensure so that we could grow access to providers and protect consumers?

Finally, ABA in PA Initiative would like to thank the professional organizations of our colleagues that have come to the table to negotiate the language around Mehaffie’s proposal.

We are hopeful that this bill will pass in the next session of the Pennsylvania General Assembly and will be signed by Gov.-elect Josh Shapiro.

Dr. Amanda Fisher is a Board Certified Behavior Analyst at the Doctoral level and an Associate Professor at Philadelphia College of Osteopathic Medicine. She is also the president of the Pennsylvania For ABA Association. She can be reached at [email protected]

PSERS has delivered for school retirees — and Pa.’s economy | Opinion

Toys for Tots marks its 75th year in Pa., nationwide | Helping the Helpers