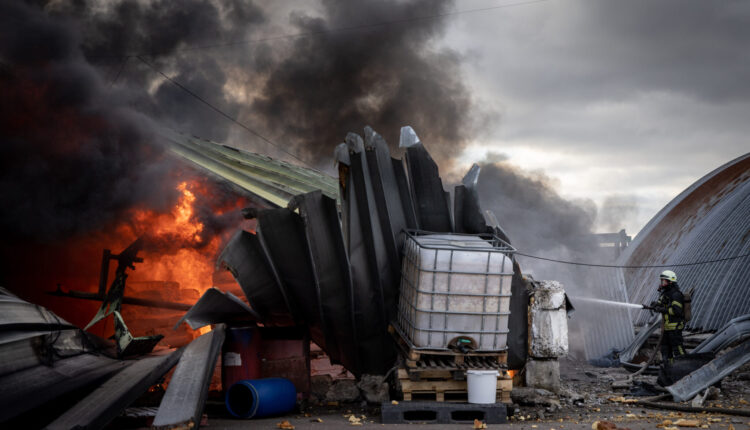 Each year across the U.S. Department of Defense (DoD), cohorts of senior military officers engage in joint professional military education at the department’s senior-level colleges. Each military service runs a war college and the chairman of the Joint Chiefs of Staff is responsible for colleges under the National Defense University.

In Carlisle, Pa., the U.S. Army War College opens its academic year with the Introduction to Strategic Studies course.

For its class of Academic Year 2022 (AY22), as in recent years, the focal case of the First Gulf War is used to “set the hook” for key topics of the year. The course objectives are straightforward and broad:

From our August arrival at Leavenworth in 1989, the class witnessed the crumbling of the Soviet Union along with the progressive disbanding of the Warsaw Pact. In December, the U.S. launched a successful invasion of Panama to remove its dictator Manuel Noriega. With the looming end of the Cold War and a celebrated U.S. victory of Operation Just Cause, we had time to study and reflect upon the lessons of the previous decades … or so we thought.

Our Command and General Staff Officer Course classmates graduated at the end of May 1990. Like the rest of the world, we were caught off guard by the Aug. 2, 1990, Iraqi invasion of Kuwait. We watched and listened to our commander in chief, President George H.W. Bush, declare “this naked aggression will not stand” and we wondered what that really meant.

The obvious inference was that the nation and our Army would go to war. Our classmates would be at the forefront of combat operations as division, brigade and battalion staff officers, or at least in the generating force preparing Army units to deploy and fight. We watched in anticipation as division-ready forces of the 82nd Airborne Division flowed into Saudi Arabia four days after the Iraqi invasion of Kuwait.

Three decades later for the Introduction to Strategic Studies course, AY22 War College students have the benefit of several resources to consider in assessing the outcome and consequences of Operation Desert Storm.

Additionally, there are myriad official and now-declassified documents that chronicle tactics, operations and logistics of the massive undertaking. Future Army War College Commandant Brig. Gen. Robert H. Scales Jr. labeled the war campaign as Certain Victory in the title of his first book. Most important, our students have the benefit of hindsight, as we know how the Gulf War ended.

For recent War College classes, Air­Land Battle has been supplanted by debate between Multi-Domain Battle or Multi-Domain Operations with evolving doctrine.

Today, the Defense Department seeks to integrate joint operations across the traditional domains of land, sea and air, as well as space and cyberspace.

Over the past months, AY22 War College students have examined the enduring nature and, as we contend, the changing character of war. Accordingly, they have developed strategic leadership competencies in preparation to be planners, advisers and leaders as they assume the mantel of stewardship for our profession of arms.

The year has also provided a series of case studies with national and global implications.

The AY22 War College experience was preceded by nearly 18 months of the global COVID-19 pandemic with emergent Delta and Omicron variants.

The school year saw adaptive and hybrid approaches to delivering professional military education (via Zoom and Microsoft Teams). On the domestic front, challenges of sustaining the American democracy emerged in an era of hyper-partisanship. Of particular concern was the potential politicization of our nation’s military.

Operationally, the U.S.  military withdrew forces from Afghanistan—an operation that is still under scrutiny—and with the two decade-long war assessed as a “strategic failure” by the chairperson of the Joint Chiefs of Staff Gen. Mark Milley.

Perhaps, the most important case study is of Russia’s “special military operation’ in the Ukraine. What are the lessons to be drawn from both the Russian and Ukrainian forces, as well as from the collective security organizations such as the North Atlantic Treaty Organization (NATO) and the United Nations?

Like those who have come before them, the Army War College offered its AY22 resident and distance education program students an opportunity to study, learn and develop themselves for an uncertain future.

Who knows what case studies will be used 10 years from now? And what roles will our graduates play?

No. 23 Lehigh Takes Down Bucknell 21-12 For Senior Day Victory