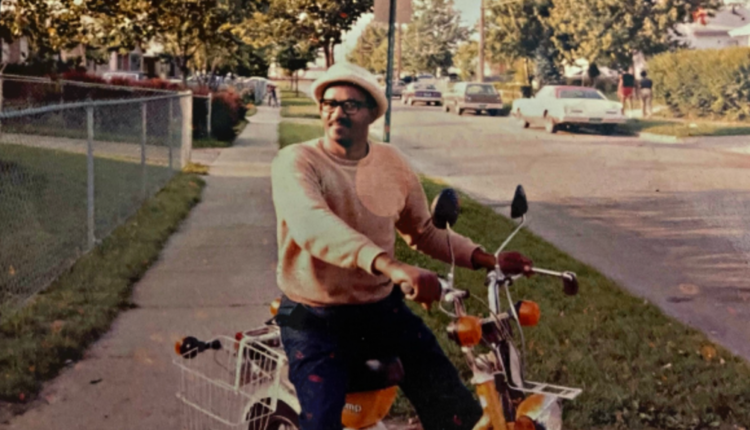 What white people get wrong about Black dads | Opinion

When my dad, Lawrence, had cataract surgery in 1994, my sister and I took the day off work. The white supervisor at the bank where I toiled frowned at my request for time off. It was a routine surgery for older people and not worthy of my level of concern, she explained. I pushed back that I would be with my dad for his surgery and any follow-up appointments.

My sister took time off work too, and we all drove home together from his final appointment. My dad held my right hand as I drove through the city, past downtown Des Moines and made our way to the east side where we lived.

I paused to consider his words. No, we didn’t want for anything. Not love. Nor the materialistic comforts he’d provided our family of four by working at a meatpacking plant and later as a city employee.

Two weeks after his cataract surgery, my loving and supportive dad died of a massive heart attack at the age of 56. Blacks’ life expectancy is consistently lower than other groups — particularly Black men — due to structural racism. Black men die young. I’d always known that, but as I’ve gotten older, I recognize the systemic contributors that make Black men’s early deaths even more tragic.

“Many historical, social, economic, physical, and biological risk factors shape the life course of Black men and contribute to their increased rates of premature morbidity and mortality,” according to national health research.

I grew up in a home where we always said ‘I love you’ to each other, where kisses and hugs were bountiful. Even so, had I capitulated, the old bank job I abhorred would have deprived me of hearing my dad express such contentment. Of driving through the city holding my dad’s hand for the last time.

But the Black men I saw growing up had only ever worked toward one goal with their children — to give them a better life than they had. That’s not a fatherly aspiration only reserved for white dads.

According to 2013 study by the Centers for Disease Control and Prevention, 70% of Black fathers were most likely to have bathed, dressed, diapered or helped their children use the toilet every day, compared with 60% of whites and 45% of Hispanics. The report also found 41% of Black dads helped their children with homework, compared to 28% of whites and 20% of Hispanics.

Would you have known Black dads are more involved in their children’s lives than whites or Hispanics — whether they live with their children or not? Probably not if you watch television, go to the movies or read social media comment sections.

Black dads love their children. They’re affectionate. They show up for school events. They want to see their children be happy and successful. But society rarely portrays Black men that way. White America has typecast Black men as absentee and then doubled down by creating social conditions that attempt to remove Black men from their families, limit their earning potential and block their participation in the so-called American dream of home ownership. Think about the sheer numbers of Black men who are overrepresented in the criminal justice system due to disproportionate scrutiny by police officers, plea agreements and cash bail.

Not only do Black children have dads who are present in our lives, we have loving dads who have to waste some of the precious moments we have with them so they could teach us lessons about how to navigate in a world that detests our Blackness.

So much of what I know, and know how to do well, began with my dad and the example he set.

During my childhood, when my dad came home from work, driving up in his red and black Ford truck, my sister and I would race to the back door to greet him, yelling, “Dad is home.” Every Friday when he got paid, he’d shop and buy the groceries. My sister and I would groan, but we’d bring all those sacks into the house. As a child born in the 1930s, my dad had sometimes gone to bed hungry, but he ensured, through his work ethic, my mother, sister and I did not.

My parents purchased our house in the late 1960s, and my sister and I grew up having a big yard to play in outside and a house filled inside with both parents who gave us the very best of themselves. Today, the Black homeownership rate has fallen to 43%, compared to 72% for whites, according a 2021 report from the National Association of Realtors. The white homeownership rate in Iowa is 76%, compared to 23% for Blacks, according to the report.

Every evening when my dad came home after working at the meatpacking plant, we gathered to eat dinner and watch the nightly news. We’d analyze and discuss the stories. He spoke frankly about the racism he’d endured in his life and how white supremacy operated systemically in the lives of Blacks, and I listened and watched.

My parents filled our house with books, magazines and newspapers. Before the proliferation of cell phones and laptops, I can still remember the day the Encyclopedia Britannica salesperson knocked on our front door, and my parents invited him in. (Yes, I’m that old.) My parents purchased the set, and I’d sit in the dining room and use the books for my homework.

My dad often told me I was beautiful and smart, and he encouraged me to do my best and fight for what’s right. Even during the silly heartbreaks of my youth, he restored me with his hugs and told me never to settle.

We regularly took family car trips, a few across the country to California, where my poor dad graciously endured countless miles of our off-key singing. When I was about 10, we visited relatives in Los Angeles, San Bernardino, San Jose and San Pedro before venturing across the border into Mexico. We brought statues, blankets and trinkets back across the border with us. None of my elementary school friends had ever traveled across the country multiple times, much less out of the country.

Another thing society gets wrong about Black dads: They don’t all discipline their children with spankings, beatings and whippings. My parents didn’t believe in physical punishment. If we needed to settle down because we were being too loud or doing something we shouldn’t, we’d simply get a look. My sister and I never did find out what, if anything, was on the other side of that look. It was enough.

My dad enjoyed doing family stuff, and he enjoyed teaching us. We’d go to different lakes around Iowa, including Saylorville, Ahquabi, Red Rock and Okoboji. We’d sit out at the Des Moines International Airport and watch the planes fly out. We’d watch the hot air balloons during the National Balloon Classic in Indianola. One year, we walked a few miles home from the Iowa State Fair.

My dad and his buddies worked on old cars in our garage. People just gravitated toward his charismatic personality. The Black dads I saw growing up cared about all the children in the neighborhood. His friends regularly asked us about school and extracurricular activities, and they listened attentively as we described our experiences. They gave us money for good grades to put in our piggy banks.

Because my dad grew up poor, he made sure we didn’t. During Christmas, my mom, sister and I opened our gifts first, and it was an embarrassment of riches. Toys and gifts stacked so high and wide, it made it difficult to walk through our dining room. We’d save dad’s gifts for last and take them to him while he lounged in bed like the king of our family that he was.

My dad always encouraged us to take business and computer classes and to study foreign languages. He paid for ballet lessons, trumpets, school trips to Dallas, Texas and Nashville, Tennessee. Later after I decided to leave college to work full-time, my dad continued encouraging me to take classes, and he paid for my tuition and books. As a way to honor him, I returned to school full time the year after he died. In 1999, I walked across the stage at my college graduation, having earned a bachelor’s degree in Journalism and a minor in Spanish.

My dad was an Iowa Golden Gloves champion boxer in his youth and a judge later. He received an award from the local B’Nai B’rith for his community service. It was the first time I ever saw my dad wearing a tux or giving a speech. I can’t recall what he said, but it was my turn to look at him filled with pride.

Black dads are kind and loving, but they also must be strong. I remember my dad explaining to the vice principal that I couldn’t have “provoked” one of my white seventh-grade classmates into calling me the N-word. When I felt the neighborhood drycleaner had discriminated against me, I vowed never to return. Dad asked me if the business was conveniently located and whether I had liked their work. I responded yes. He then advised me to go back to the cleaners and teach them how to treat me properly, instead of the boycott I had envisioned.

My dad always called me beautiful. He repeatedly complimented my natural hair and hair color, and he encouraged me to be true to myself when he saw a youthful me trying to mimic white American beauty standards. I’ve never forgotten his words — the loving ones, along with my mother’s, that formed the foundation of my self-esteem.

Twenty-eight years after his death, I am still standing on my father’s shoulders because of the wise decisions he made that provided our family with innumerable advantages. Most importantly, I am still reaping the benefits of having had his daily presence in my life and the investment he made in my education. The lessons he taught are manifested in my work as founder of Black Iowa News and my life as a Black Iowan.

Even though my dad lived a relatively short life, his fatherly care enriched our lives immeasurably.

So, when you see or hear comments stereotyping Black men, the remarks that insinuate Black dads are absent, or distant or somehow less than, I want you to remember my exceptional, loving dad instead.

This column was originally published by Dana James’ New Black Iowa blog on Substack. It is republished here through the Iowa Writers Collaborative.

Lehigh Rallies for a Comeback in 64-51 Win vs. Bucknell