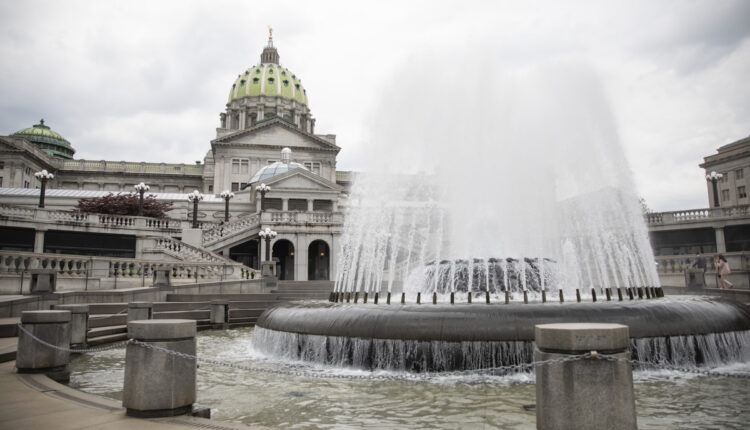 Gov.-elect Josh Shapiro and Lt. Gov.-elect Austin Davis — Democrats who won big in the November election — will take the oath of office this week, marking the beginning of a new administration with an ambitious policy platform and likely challenges with navigating a divided Legislature.

Shapiro, a 49-year-old from Montgomery County who currently serves as the state’s prosecutor, and Davis, a 33-year-old former state representative from Allegheny County, vowed to build an administration that “looks like Pennsylvania,” where those “closest to the pain should be closest to the power.”

The duo campaigned across Pennsylvania in the build-up to the general election, focusing on rural areas often overlooked by Democrats, and offered a platform that appealed to voters of all backgrounds. Beating Republican Sen. Doug Mastriano, a Trump ally who, as a candidate, focused on connecting with his existing base, Shapiro won more votes than any other gubernatorial candidate in state history.

Hundreds are expected to attend the swearing-in ceremony for the 48th governor of Pennsylvania, which takes place at noon on Tuesday outside the Capitol, followed by a celebration at Rock Lititz in GOP-leaning Lancaster County. And thousands will have participated in a series of events and days of service leading up to the inauguration.

When Shapiro — who has said that faith grounds and guides his work — is sworn in, he’ll place his hand on a stack of three bibles: a personal, family bible, a Hebrew bible provided by the Tree of Life Synagogue, which survived a massacre in 2018, and a bible provided by the Weitzman National Museum of American Jewish History.

Davis, who will be the state’s first Black lieutenant governor, takes the oath of office during a preceding ceremony in the Senate on Tuesday. He replaces now-U.S. Sen. John Fetterman and has promised to use the role to revitalize communities, tackle economic development issues, and address gun violence statewide. He will also serve as chairperson of the state Board of Pardons.

Tuesday also marks the start of likely challenges navigating and negotiating with the General Assembly, with a predicted Democratic majority in the House after three special elections and a Republican-controlled Senate. Historically, the Legislature and governor’s office have clashed on policy agendas, each finding ways to block or circumvent the other.

Gov. Tom Wolf, who leaves office after serving two terms, was not shy with his veto pen. And the Republican-controlled General Assembly adopted a new strategy — constitutional amendments — to side-step a gubernatorial veto.

During their first press conference at the Capitol after the November election, Shapiro and Davis urged people to set aside partisan divides for the betterment of Pennsylvania. They’ve announced several key figures to serve as cabinet secretaries with varied professional and political backgrounds.

Al Schmidt, a former Republican Philadelphia commissioner, will see a nomination to serve as secretary of state. Dr. Valerie Arkoosh, a Democrat and unsuccessful U.S. Senate candidate, is expected to head the Department of Human Service. And Dr. Debra L. Bogan, the current head of the Allegheny County Health Department, will be nominated as secretary of health.

Agriculture Secretary Russell Redding and Department of Conservation and Natural Resources Secretary Cindy Adams Dunn will stay on board in their current roles.

Other administration members include:

While the governor appoints state cabinet secretaries, the Senate must confirm nominees with a two-thirds majority. Pennsylvania’s Constitution states that if the Senate fails to act upon a submitted nomination within the legally required 25 legislative days, the nominee “shall take office as if the appointment had been consented to by the Senate.”

From the hardwood to the big screen