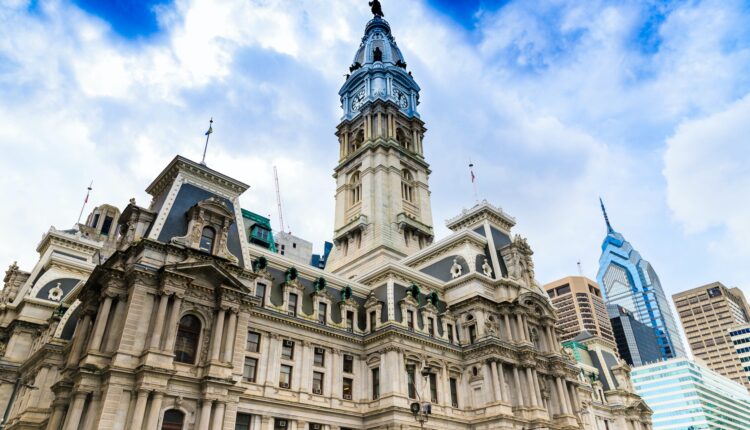 What role does Philly’s mayor play in impacting the LGBTQ community?

PHILADELPHIA — As more candidates enter the race for mayor — with former City Councilmember Helen Gym and former 2019 mayoral candidate the Rev. Warren Bloom Sr. being the most recent — the LGBTQ community will start keeping track of which candidate will help them move forward.

More specific powers the mayor has include signing legislation from council, issuing proclamations, appointing individuals to boards and commissions, distributing funds via the city’s budget, setting a general tone during media events, and many others.

The Philadelphia Gay News took a look at the ways in which Philadelphia’s mayor can impact the LGBTQ community.

After being passed through city council, legislation will arrive on the mayor’s desk where it can be signed into law for the city. This particular responsibility has seen numerous shakeups and advancements in LGBTQ equality, such as Bill 1358, which amended the city’s Fair Practices Act to prohibit discrimination based on sexual orientation in employment, housing and public accommodations. The bill passed city council in 1982 during Mayor Bill Green’s administration. Green did not sign the bill, citing his disapproval of its language, but he also did not veto it. It became law once the deadline to sign it passed.

Additionally, the mayor can take matters into their own hands when it comes to passing legislation. In 1993, several bills providing domestic-partnership recognition and benefits failed after some city council members voiced opposition. Years later, however, then-Mayor Ed Rendell signed an executive order granting benefits to the domestic partners of about 500 city employees. Some government officials tried to reverse the order, but Rendell refused. Then, in 1998, a trio of domestic partnership bills passed the council and became law.

In 2019, current Mayor Jim Kenney’s administration signed a package of bills to expand protections for trans, nonbinary and gender-nonconforming Philadelphians under the city’s Fair Practices Ordinance.

In 2008, former Mayor Michael Nutter issued an executive order to create the Mayor’s Office of LGBT Affairs as a then-temporary office. Seven years later, citizens voted to make it a permanent fixture in the city. Since then, the commission has expanded to include a Commission on LGBT Affairs, which advises the mayor on increasing the LGBTQ community’s access to resources, maintaining dialogue with LGBTQ individuals and organizations, and bringing vital LGBTQ needs to the attention of city agencies and creating plans to address them.

Distributing funds via the city budget

The mayor also has power to distribute funds for numerous LGBTQ-related services and programs throughout the city. This includes initiatives such as the Philadelphia Commission on Human Relations and the Public Health Department, which oversees discrimination cases and HIV/AIDS services, respectively.

For the latter, several HIV/AIDS organizations could have their funding impacted. These include Action Wellness, Philadelphia FIGHT and the Mazzoni Center, all of which have a prominent LGBTQ clientele. According to the Centers for Disease Control and Prevention, an estimated 1.2 million people had HIV in the United States in 2019. Of those, 754,700 were gay and bisexual men.

In addition to having direct responsibilities within the city, the mayor also has the power to set forth symbolic gestures for LGBTQ inclusivity, both inside and outside city government. For example, former Mayor Michael Nutter joined more than 100 mayors across the nation in a coalition supporting marriage equality in 2012. In 2014, that coalition adopted a resolution urging “federal courts, including the U.S. Supreme Court, to speedily bring national resolution by ruling in favor of the freedom to marry nationwide.” Marriage equality became law across the country a year later. Joining coalitions such as this showcases the mayor as a voice on larger national issues.

Additionally, the mayor also attends press events, such as flag raisings for Pride. While these actions can be interpreted as virtue signaling, they also set a tone for the city.

What’s next for the LGBTQ community?

The Respect for Marriage Act — stipulating that the federal government recognize marriages that were legal in the state they were performed in — passed the Senate last month, illustrating how LGBTQ rights are still very much in the hands of politicians at the local, state, and federal level. It remains to be seen how the next mayor will take on their new role, but PGN will cover their candidacies as the race continues.