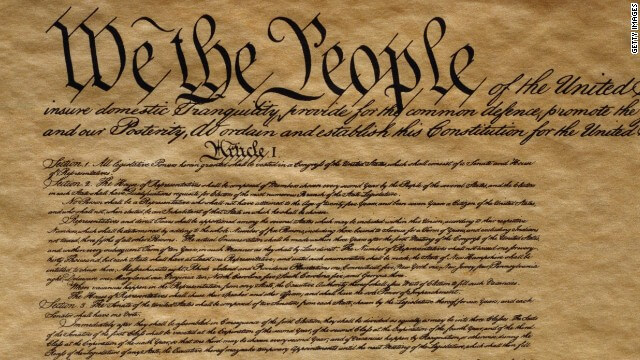 We’ve turned power over to a tyrannical minority. There’s a fix if we want it | Ray E. Landis

My daughter recently moved to Los Angeles to begin a new job. One of the standing jokes we have is a reminder to not let California lock the gates before we can get there in case of a fascist takeover of the rest of the country.

Lately this scenario doesn’t seem so far-fetched or humorous. It appears half the states are ruled by would-be authoritarians and Doug Mastriano and his allies in the General Assembly are trying to move Pennsylvania into that category. Republicans are practically panting as they wait to take control of the U.S. House and Senate in the fall elections so they can conduct a purge of the Biden administration. An extreme capitalist theocracy appears to be the goal not only of many elected officials, but tens of millions of Americans.

What the GOP and a Greek tragedy have in common | Lloyd E. Sheaffer

There are strong pockets of resistance to this scenario in places outside California, of course. It was heart-warming to see the multitudes gathered in Philadelphia to protest the Supreme Court’s Dobbs decision. And most northeastern and west coast states show no signs of acquiescing to the regressive right wing’s reign of error.

But the recent decisions of the Supreme Court, the remorseless attitude of so many leaders to the gun epidemic, and the inability of a majority in the United States to stop the actions of tyrannical minority can make one feel this is not a viable nation any longer. It seems like a logical step for more educated, progressive states to separate and form a haven against the authoritarian mob.

But we have experienced a similar scenario in the United States in the past. In the 1850s, individuals were forced to live in bondage in an oppressive rich, white male dominated society. Those who live in states dominated by wealthy extremists today may not be slaves, but increasingly the rights of those who do not conform to the views held by the ruling class are being stripped away.

As Americans, those of us who live in states not subject to the attempt to impose evangelical Christian morals on all citizens have an obligation to not abandon those who find themselves living under growing tyranny. But our options are limited, and we must come to grips with the realization that what is limiting them is the very Constitution we have believed is the foundation of a just nation.

The regressive right-wing would like us to forget our Constitution is an extremely flawed product. Its final version had the expressed purpose of sacrificing moral good in order to convince states where slavery was legal to ratify the document. The result of that “compromise” was a civil war fought to end slavery 70 years later. But many of the provisions of the Constitution inserted to appease slaveowners remained.

The ”originalists” who dominate today’s Supreme Court base their decisions on the “intent” of the authors of the Constitution. In doing so, they perpetuate the insinuation that men who were so morally corrupt they “owned” other human beings know better than anyone today how the laws of this nation should be interpreted.

Our best option for revitalizing the United States and rescuing it from tyrannical minority rule is a significant revision of the Constitution.

We could start with the modification of the Second Amendment, the abolition of the Electoral College, the end of lifetime Supreme Court appointments, and altering of the makeup of the United States Senate. Further action clarifying money is not speech, establishing a universal right to health care, and reinforcing the separation of church and state would help to bring this document up to date.

Our current political system does not make it easy to make these type of changes – in reality, it may be an impossible task. But the conversation must begin, loudly, and we must no longer be timid about challenging the assertions of those profiting from our current situation.

Thomas Jefferson was one of the morally flawed slave-owning class. He was also a statesman, and a quote memorialized on the wall of the Jefferson Memorial is applicable to our times.

It says “laws and institutions must go hand in hand with the progress of the human mind. As that becomes more developed, more enlightened, as new discoveries are made, new truths discovered and manners and opinions change, with the change of circumstances, institutions must advance also to keep pace with the times.”

Without advancement, the United States may not survive in its present form. For the sake of women, minorities, educated people, and those without wealth or strong religious convictions in states with oppressive governments, we must step up our efforts to promote equality and justice

Pa. takes a back seat as U.S. Supreme Court takes on the independent state legislature doctrine