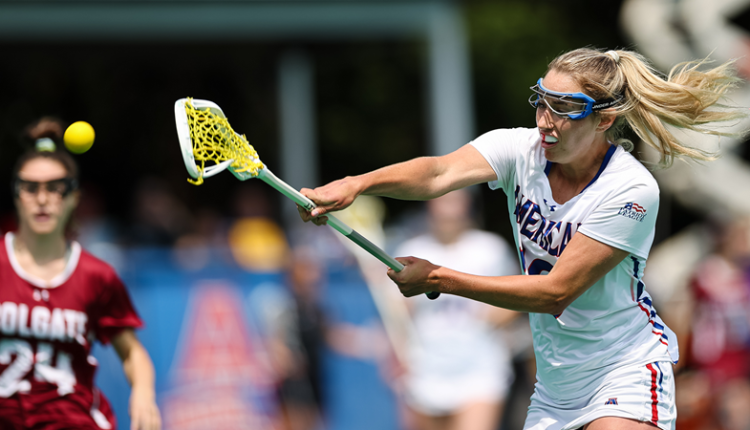 BETHLEHEM, Pa. – Head women’s lacrosse coach Jill Redfern announced the addition of Emma Vinall to the Lehigh coaching staff on Thursday afternoon. Vinall joins the Mountain Hawks following an accomplished career at American University where she served as a two-time team captain for the Eagles.

“I could not be more excited to join the Lehigh family and be a part of this program’s continued success on and off the field,” said Vinall. “I’m grateful to Jill and [associate head coach] Sammy (Cermack) for giving me this opportunity and am thrilled to be able to work alongside both of them to continue making an impact in the Patriot League.”

Vinall, a Fairfax, Va. native, played midfield during her five years at American where she led the program in all-time goals (221), points (259) and draw controls (292). She currently holds the single-season record for points (71), draw controls (117) and goals (58).

Throughout her time at American, Vinall was named first and second team All-Patriot League (second team in 2019 and first team in 2021 and 2022), was the first member in the history of the American women’s lacrosse team to be named an Inside Lacrosse Media All-American in 2020 and was selected for the IWLCA Senior All-Star Game in 2022.

Off the field, Vinall excelled in the classroom where she was a member of the Patriot League Honor Roll every year from 2017-2022. She earned her bachelor’s degree in business administration with concentrations in marketing and sustainability in 2021. She added a master’s degree in marketing at the Kogod School of Business.

In the summer of 2021, Vinall switched gears and began coaching at the STARS Girls Lacrosse Club in Alexandria, Va. Serving as the head coach for the class of 2028, Vinall continued to execute weekly practices and clinics while preparing her players to compete competitively.

Vinall will be joining a Mountain Hawks’ program that has reached eight straight Patriot League Tournaments, reaching the semifinals five times in the last six tournaments.

Republicans in Congress shy away from campaigning on national abortion platform