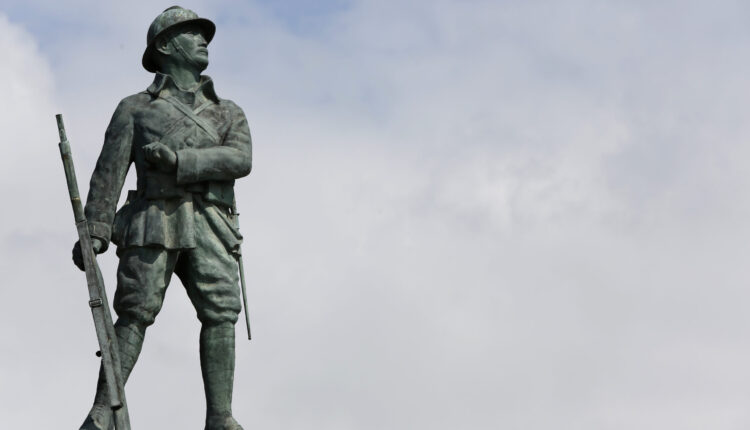 It’s Veterans Day this Thursday morning in Pennsylvania and across the nation. And unlike Memorial Day, which is a solemn pause to honor those who have fallen, today is a day to pay tribute to those among us who have stepped up to serve the nation in times of war — and in times of peace.

And while some may try to claim that patriotism or the call to service is the province of one political party, the truth is that those of every creed, ethnicity, nationality, race and, yes, political party, have worn the uniform of the United States military. And some have given their lives in the service of that cause. All blood, after all, runs red — no matter what you believe or, as the case may be, what you don’t.

In the United Kingdom, today is known as Armistice Day, a day marking the end of World War I in 1918. It was a war, some believed at the time, that was to have ended all wars. That turned out not to be what happened. But the belief endures.

So, as I have every year since 2005, when this blog began life as Capitol Ideas at the Morning Call of Allentown, I’m reprinting one of the essential artifacts of that conflict: ‘Dulce et Decorum Est,’ by the English trench poet, Wilfred Owen.

The poem is a reminder of war in all its futility. It’s a testament to those who served. And it’s a prayer that we might never have to fight again. To those among you who served, thank you from all of us at the .

Bent double, like old beggars under sacks,
Knock-kneed, coughing like hags, we cursed through sludge,
Till on the haunting flares we turned our backs,
And towards our distant rest began to trudge.
Men marched asleep. Many had lost their boots,
But limped on, blood-shod. All went lame; all blind;
Drunk with fatigue; deaf even to the hoots
Of gas-shells dropping softly behind.

Gas! GAS! Quick, boys!—An ecstasy of fumbling
Fitting the clumsy helmets just in time,
But someone still was yelling out and stumbling
And flound’ring like a man in fire or lime.—
Dim through the misty panes and thick green light,
As under a green sea, I saw him drowning.

In all my dreams before my helpless sight,
He plunges at me, guttering, choking, drowning.
If in some smothering dreams, you too could pace
Behind the wagon that we flung him in,
And watch the white eyes writhing in his face,
His hanging face, like a devil’s sick of sin;

If you could hear, at every jolt, the blood
Come gargling from the froth-corrupted lungs,
Obscene as cancer, bitter as the cud
Of vile, incurable sores on innocent tongues,—
My friend, you would not tell with such high zest
To children ardent for some desperate glory,
The old Lie: Dulce et decorum est
Pro patria mori.*

(*This Latin phrase is from the Roman poet Horace: “It is sweet and fitting to die for one’s country.”)