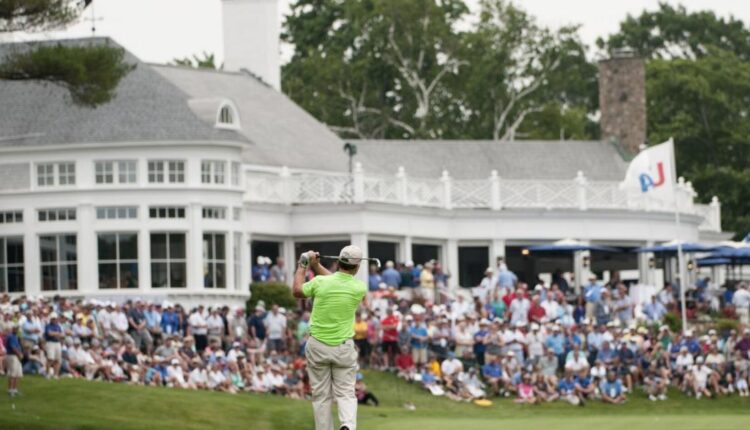 John Bodenhamer, Chief Championships Officer, and Jeff Hall, managing director, Rules and Open Championships, noted as much Monday during US Open Media Day for the upcoming 122nd US Open, set for The Country Club in Brookline June 16-19.

“We would love to come back to Salem for another championship,” Bodenhamer said without hesitation. “Salem is an incredibly special club with a great course that’s produced great championships for goodness knows how long (1932).”

Maybe not so much for the inaugural event in the middle of the Depression, when Virginia Van Wie routed Glenna Collet Vare, 10 and 8, in the Women’s Amateur final. But since then the history created on the Peabody property has indeed been historic, starting with Babe Zarahias’ US Women’s Open win in 1954, Hollis Stacy’s third Open win in 1984, and the US Senior Open victories by Bruce Fleisher in 2001 (edging Jack Nicklaus by two strokes), and Kenny Perry in 2017 (for his second Senior Open triumph in a dramatic final-round, head-to-head duel with Kirk Triplett).

“We’ve had discussions off and on with Salem officials since the last Senior Open,” Bodenhamer said, “but discussions of a very preliminary nature. Sometime after we hold our three Open championships next month (Women’s, Men’s and Senior), we’ll hopefully resume talks with them.

“We definitely want to get back to Salem, no doubt. It’s one of the game’s great places to for our championships.”

Certainly not a men’s open, but logically a third senior open, with a women’s open a long shot, indicated a fellow USGA official who wished to remain anonymous.

Saucon Valley, located in Bethlehem, Penn., hosts its third US Senior Open this June. The thinking is that the USGA is quite fond of Salem as a similar championship venue.

Salem officials are mum about the prospect of hosting a seventh USGA championship. But that’s normal for any club within the USGA family of tradition-rich sites generally considered a USGA favorite.

The USGA is locking in Men’s and Women’s Opens long range, but no Senior Open has been booked beyond 2025 (at the Broadmoor Resort in Colorado). Salem had requested — and was granted — five years of lead time before holding the 2001 or 2017 Senior Opens, so that would logically occur this time as well, if it happens. That would project to 2027 or 2028, if the club and the USGA can come to the required agreements, pending approval of the Salem membership.

The club’s two major restoration projects in the past six years have caught the USGA’s eye, often a sign that a deal could be in the works sometime in 2022.

Such an event would lead tens of millions of dollars for the local economies.