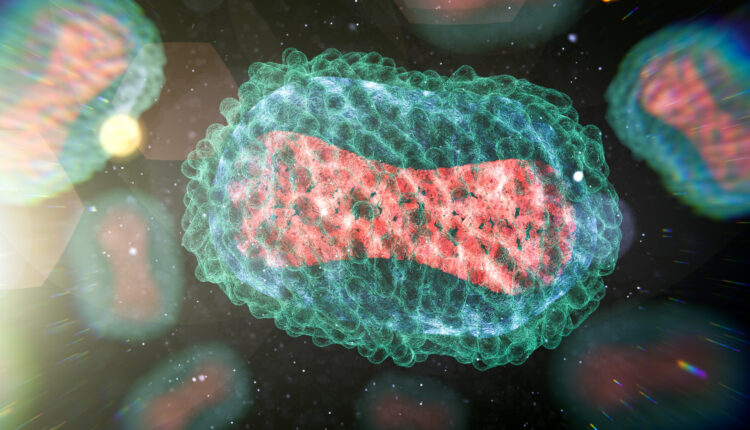 WASHINGTON — Congress held its first hearing on monkeypox Wednesday, with lawmakers rebuking federal public health officials for their slow response to the outbreak, even though the hearing came four months after the first U.S. case was diagnosed.

“By any measure, in fact by every measure, the response from the Biden administration on the monkeypox crisis has been a catastrophic failure,” said Sen. Richard Burr of North Carolina, the top Republican on a Senate health committee.

“You repeated each of the mistakes of the early days of the COVID response and the cultural arrogance from public health officials, who are supposed to be at the forefront of this response, let this country down again,” Burr continued.

Health, Education, Labor and Pensions Committee Chair Patty Murray, a Washington Democrat, also expressed her frustration with the federal government’s response to this monkeypox outbreak, saying “so far (it) has not been encouraging.”

“Frankly, too many missteps were made early on in the response and a couple hundred cases turned into 21,000,” Murray said. “It is unacceptable to communities who already experience barriers to accessing health care, like the LGBTQ+ and the Black and Latino communities that are hardest hit by this outbreak.”

The first U.S. monkeypox case of this outbreak was diagnosed in Massachusetts in mid-May. The number of cases throughout the country steadily increased afterward, reaching 22,600 this week, according to the Centers for Disease Control and Prevention.

The first confirmed death of the American outbreak took place this week.

During Wednesday’s hearing, Democrats and Republicans on the Senate HELP Committee appeared frustrated or dumbfounded with the federal government’s speed connecting people with testing, distributing a limited number of vaccines and its outreach efforts.

Burr, who is set to retire at the end of this Congress, sharply criticized the vaccination campaign, saying that 461,000 people choosing to get the Jynneos vaccine is not enough.

That number is just a fraction of the approximately 13 to 15 million people within the United States who could be at risk of contracting the virus, of which 1.9 million are at high risk because they’ve been diagnosed with HIV, Burr said.

Monkeypox, which has been around for decades but rarely diagnosed within the United States, has predominantly affected gay, bisexual and other men who have sex with men during this outbreak.

It’s spread through close, intimate contact, unlike respiratory viruses such as COVID-19.

Burr questioned whether federal public health officials considering a strategy that would keep doses of the already limited Jynneos vaccine within the strategic national stockpile might further erode confidence in the government’s response strategy.

Dawn O’Connell, assistant secretary for preparedness and response, said the Jynneos vaccine, which is approved to protect against both monkeypox and smallpox, is kept in the strategic national stockpile to treat people who “are immunocompromised in case of a smallpox outbreak.”

“We are evaluating with each dose that we make available to the monkeypox outbreak what it means for that preparedness in smallpox,” she said.

O’Connell said she’s been in discussions with other federal officials about “whether we need a separate monkeypox stockpile, so we can pull those vaccines from the shelf and not worry about the preparedness for the immunocompromised in a smallpox outbreak.”

The other vaccine approved to protect against smallpox, ACAM2000, can sometimes cause a stronger reaction than other vaccines Americans are used to getting. It also might not be best for immunocompromised people or those diagnosed with dermatitis, eczema, or psoriasis, according to the U.S. Food and Drug Administration.

Why a separate system for state orders?

Minnesota Democratic Sen. Tina Smith questioned why exactly the federal government used a separate system for states to order the monkeypox vaccine than they were already using to order COVID-19 vaccines.

O’Connell, from the Administration for Strategic Preparedness and Response, said that state governments and the federal government haven’t been able to use COVID-19 funding for their monkeypox responses.

“We could not just piggyback on the COVID-19 distribution network that was funded with COVID dollars,” she said.

That left federal officials to draw up a new contract with a different distributor with annual federal funding to get the monkeypox vaccines to states.

In the end, she said, federal officials opted to use the system states were used to using to order COVID-19 therapeutics since it could also handle distributing the monkeypox vaccines.

“That’s one of the reasons why there was a delay,” O’Connell said.

“We know that because of smallpox itself, once you get infected you’re essentially protected for life against reinfection,” Fauci said. “Once you get vaccinated with the standard smallpox vaccination, you can be sure that the durability is measured at least in decades, and maybe lifetime.”

That likely means the monkeypox vaccinations will protect people who get both doses for much longer than the protection time delivered by the COVID-19 vaccines, “because they really are fundamentally two different viruses,” Fauci said.

Speaking about monkeypox more generally, Fauci said during the hearing that “it is worth noting that the emerging epidemiological pattern of monkeypox cases bears a striking resemblance to the early cases of HIV/AIDS.”

Fauci, who became a household name as an expert during the 1980s as HIV and AIDS began spreading, quoted from a paper he wrote, cautioning that there was no reason to expect a virus circulating at the time predominantly among the LGBTQ community wouldn’t spread to the general population.

“Any assumption that it would remain restricted to a particular segment of our society is truly an assumption without a scientific basis,” he said, quoting from his published article.

There are, however, sharp differences between the emergence of HIV/AIDS 40 years ago and the current monkeypox outbreak, he noted. At the top of that list is that monkeypox has been studied for decades, leading to an FDA-approved vaccine and antiviral treatment.

Still, Fauci cautioned that monkeypox isn’t likely to remain as a virus that predominantly affects people who identify as gay, bisexual or other men who have sex with men.

“In the United States and other non-endemic countries, monkeypox is disproportionately affecting men who have sex with men,” Fauci said. “However, anyone exposed to the circulating virus can get infected with monkeypox regardless of their age, gender identity, or sexual orientation.”

A Disability Program Promised to Lift People From Poverty. Instead, It Left Many Homeless.