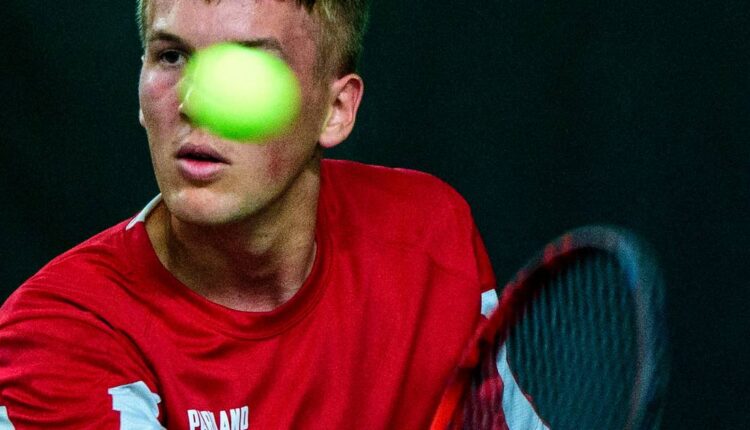 The District 11 singles and team events saw some thrilling moments in the past couple of weeks.

Now, Lehigh Valley area players look to carry that excitement over into the third and final district tournament of the spring season when the doubles event begins on Monday.

What’s most shocking, perhaps, is Moravian Academy and Parkland have not struck gold yet this season. But both teams, along with many others, have one final chance to win a district title, and make their way to the Hershey Racquet Club for the PIAA tournament.

In 2A doubles, Moravian Academy’s Will Menichelli and Ford Koch earned the top seed and will try to rebound after the Lions lost in the team final to Central.

Menichelli-Koch will be challenged again by Central players and No. 2 seed Tim Spinosa-Charles Long. In last year’s doubles event, Spinosa won the title as a freshman with (then-senior) Jesse Coulter. The Vikings’ No. 1 player will look to repeat with a new partner in Long.

Expected to challenge the top two seeds for a title are last year’s runner-up duo and no. 3 seeded Armaan Makwana-Anthony Barczynski of Bethlehem Catholic.

The Class 3A tournament will once again display parity and exciting matchups.

Parkland’s Dan Zolotarev hopes his third tournament is a charm, as the senior has two silver medals this season. Zolotarev has grabbed the top seed with Trojans’ No. 2 player, Fyodor D’Souza. The two finished runner-up in last year’s doubles tournament.

D’Souza, also a senior, did not participate in this season’s team event and is eager to get back on the court in his final district tournament.

Brothers Shayaan and Roman Farhad of Liberty earned the second seed in the 3A tournament. Shayaan Farhad won the tournament last year when he teamed with Anthony Ronca, who currently plays No. 1 singles at Moravian College.

A number of other talented teams have the potential to make a deep run and knock off those top seeds at some point in the tournament.

No. 3 John Willis-Jackson Kozma of Stroudsburg and No. 4 Spencer Goodman-Harrison Clark of Southern Lehigh will be the biggest threats to crack the top teams, but keep an eye on No. 7 Josh Thomas-Lucas Lee of Parkland as the dark horse.

Here are the seeds in both classifications, and another shot at some predictions:

No. 4 Zeller-Patruno (Central Catholic) vs. Andreeko-Beleno (Bangor) The Vikings are on a high right now and will look to continue a successful postseason by earning two spots in the doubles semifinals.

Final’s Prediction: No. 2 Spinosa-Long (Central Catholic) over No. 1 Menichelli chef

An abundance of emotions will be brought into this matchup. Spinosa is a fiery, intense player, and will bring that energy to keep long playing at a high level.

On the other end, Menichelli-Koch have revenge on their mind and have their sights set on gold.

Other Predicted Semifinalists: No. 3 Makwana-Barczynski (Bethlehem Catholic) and no. 4 Zeller-Patruno (Central Catholic)

Makwana can cover so much ground that, in a sense, playing doubles hurts the best part of his game. Barczynski will use last year’s finals experience to team up with his speedy partner in their quest of a second-straight finals appearance.

Zeller-Patruno will continue their successful season at the PIAA team tournament, but could be slightly overmatched in a potential doubles semifinal with Menchelli-Koch.

While Shayaan Farhad clinched the district team title for Liberty, Thomas and Lee were just as impressive and accounted for both Parkland points against the Hurricanes. One advantage Parkland has here is Lee. The doubles specialist has a full season under his belt and is super crafty. Add Thomas’s power and it could make for a lethal duo.

Additionally, the Farhad brothers bring a ton of speed to the court, but they will need to slow down the Trojans’ offensive attack.

Final’s Prediction: No. 1 Zolotarev-D’Souza (Parkland) over No. 2 Farhad Farhad (Liberty)

Solid chance this match goes to a third set that will see long points and a lot of running. Historically, Shayaan Farhad does have a slight edge over Zolotarev in both singles and doubles. Therefore, the D’Souza versus Roman Farhad comparison is an important one. Who will be the steadier team? And who will win the always-important deuce games?

Other Predicted Semifinalists: No. 3 Willis-Kozma (Stroudsburg) and No. 4 Goodman Clark (Southern Lehigh)

Willis-Kozma were semifinalists a year ago where they lost to Zolotarev-D’Souza. The Mountaineer duo will need to bring their A-game to the courts to, first, get through a tough quarterfinal in Freedom’s Chhugani-Labaddia, and again in the semifinals against the Farhad brothers.

Goodman-Clark can realistically break through to the final and even win the tournament. They are that good of a team. The Spartan tandem have been to a few district semifinals in the past — will this be their time to break through?

Dante Terenzio is a freelancer for The Morning Call.