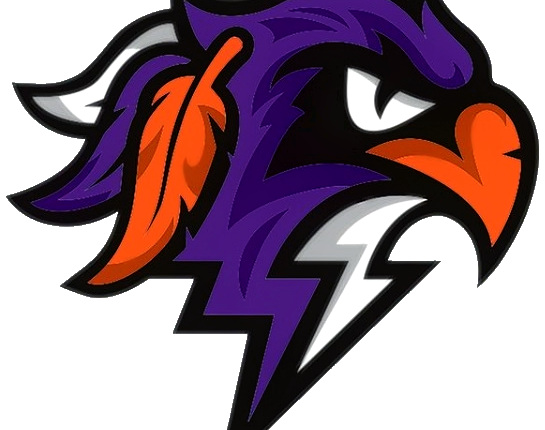 TORONTO – The Halifax Thunderbirds added seven new names at the 2022 NLL Entry Draft at The Carlu in downtown Toronto, adding defensive depth and family to the squad.

BowHunter, 22, has spent part of two seasons playing for the Six Nations Chiefs in Major Series Lacrosse Sr. A and four seasons with the Six Nations Arrows Jr. A. From 2018-21, the left-hander recorded 58 points (19G, 39A) in 29 regular season games played for the Arrows. BowHunter’s seen action in six MSL games for the Chiefs, netting a goal and tagging on three assists.

The newest Thunderbirds first-rounder was part of the Iroquois Nationals team in 2019 at the World Junior Lacrosse Championships. BowHunter helped the team win silver at the championship, where he had nine points (6G, 3A) in the early rounds and 10 points (4G, 6A) in the two playoff games. Listed at 6-foot-2, 210 pounds, BowHunder played midfield for the Dolphins, and in three seasons, he posted 36 points (29G, 7A) in 35 games.

An alum of Syracuse University where he played defence, Staats spent three seasons with the Orange, playing 13 games on its man-down unit as a senior. In 26 games played collegiately, Staats dished two assists, collected four ground balls, and caused a turnover. Listed at 6-foot, 217 pounds, Staats won bronze medals for the Iroqouis Nationals at the 2016 U19 and 2018 World Field Lacrosse Championships.

McConvey, 23, is a defender out of Etobicoke, Ontario. He played for four seasons with the Mimico Mountaineers Jr. A from 2016-19, seeing action in 44 games and posting 51 points (21G, 30A). McConvey graduated from the University of Vermont with his brother, first overall pick in the draft Thomas. Listed at 6-foot-1, 183 pounds, the midfielder played in 36 games collegiately, posting 22 points (14G, 8A), 13 ground balls, and a caused turnover.

Kirst spent four seasons at Lehigh University and transferred to Syracuse for his final season in 2023. An attackman listed at 6-foot-3, 210 pounds, Kirst is one of five brothers and the first one to be drafted by an NLL team. In 47 games for Lehigh, Kirst posted 81 points (55G, 26A0, 51 ground balls, and eight caused turnovers in the Patriot League.

Fake is a four-time All-American defenseman while at Yale who will be returning for his final season at University of Notre Dame. Listed at 6-foot-1, 205 pounds, the right-hander started in all 60 games for the Bulldogs across four seasons, netting two goals, collecting 93 ground balls, and causing 52 turnovers.

Brown, 21, is a right-handed transition player from Dartmouth, Nova Scotia. Brown has spent two seasons playing for the Orangeville Northmen Jr. B. At 6-foot-2, 210 pounds, he has 36 points (17G, 19A) in 39 regular season games and four points (2G, 2A) in 10 postseason contests . Brown also played for the Dartmouth Bandits in the East Coast Junior Lacrosse League.

The Thunderbirds return to Scotiabank Center for their third season in Halifax this winter. Season tickets to watch championship-caliber professional lacrosse in Nova Scotia are on sale at HalifaxThunderbirds.com or by calling or texting 902-334-2333.

• Discuss this story on the National Lacrosse League message board…

The opinions expressed in this release are those of the organization issuing it, and do not necessarily reflect the thoughts or opinions of OurSports Central or its staff.