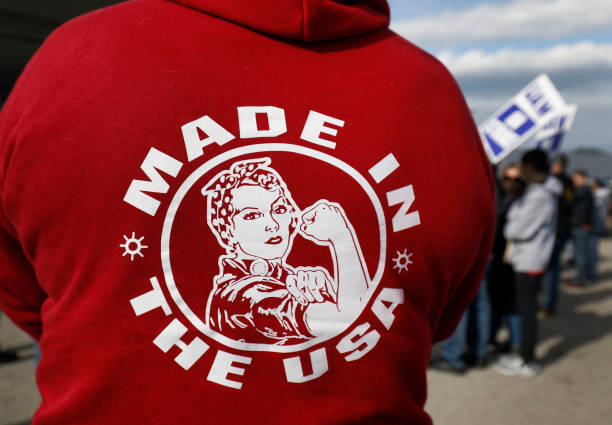 This Labor Day we celebrate workers and their wins | Opinion

Walter Thomas has been working at Philadelphia International Airport for 10 years as a security guard, knowing that any moment he could be risking his life to protect the public. This Labor Day, Walter is celebrating because as part of his union, SEIU 32BJ, he and his coworkers were successful in advocating for the City Council last year to pass a Prevailing Wage Law for Philly Airport workers which recently went into effect. This law raised wages to $15.06 an hour, provided a $4.80/hour supplement for health insurance, and excellent paid time off and holidays.

Because of the passage of the Prevailing Wage Law, Walter now makes a higher hourly wage, has employer-paid healthcare to better manage his Type 2 Diabetes and high blood pressure, and has paid time off in addition to paid holidays.

This labor victory is life-changing to Walter, who will no longer have to spend hundreds of dollars out of pocket for his medical care. The Prevailing Wage Law is not only changing the course of Walter’s life, it is improving the quality of life for an estimated 1,000 essential airport workers that SEIU 32BJ is honored to represent there.

It is no surprise that approval of unions has reached an all-time high this year. According to a Gallup poll released last week, “US Approval of Unions is at the highest point since 1965.” This includes 71 percent of Americans who have a favorable view of unions, and 65% of people who shared that the top reason that they joined a union is for better pay and better benefits.

SEIU 32BJ organizes some of the lowest-paid workers in the country, but that has not stopped us from getting workers the representation, better pay, and better benefits that they deserve. Over the past 20 years, SEIU 32BJ has organized over 100,000 low-wage workers across the country and it has done so by investing in organizing new workers, while fighting for good contracts for existing members.

SEIU 32BJ represents 21,000 workers throughout Pennsylvania and Delaware. We have grown by 6,000 members since 2011 in property service, schools, security, municipal, water maintenance and airport sectors. By continuing to grow and organize sectors across the commonwealth, we continue to empower our membership to demand better for themselves and for workers who are yet to be unionized. At SEIU 32BJ, when we say we believe in unions for all, we mean it.

We are experiencing a shift back to worker power through unions in our society, as evidenced by the rise of the Starbucks and Amazon organizing campaigns, because workers are tired of feeling like expendable commodities. Service industry workers are essential.

Through their union, these school workers won better pay in addition to essential training that will keep them and our city’s schools safe.

We will continue to organize workers in our lowest-paid service sector jobs, we will keep fighting for living wages and life-saving benefits for our workers. When we fight, we win. Fighting for union rights, fighting for workers’ rights, and winning the dignity and respect that every working person deserves is SEIU 32BJ’s goal this Labor Day.

With Trump’s Mar-a-Lago stash, every picture tells a story. This one writes itself | Dick Polman