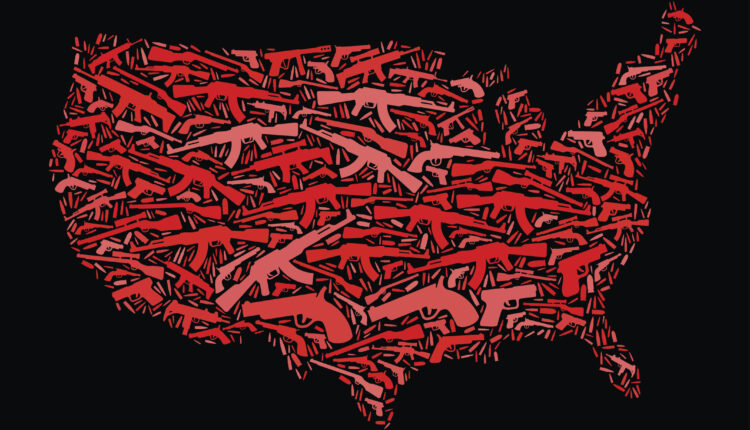 Got it? Now think again.

While hard evidence is elusive, trends point to Black women as the fastest-growing group of gun owners in the country, NYMag’sThe Cut reports.

And unlike that prototypical gun owner who’s packing a lever-action .30-30 Winchester for deer hunting, this new cohort of gun owners is carrying a gun for a very different reason: self-defense.

Brown, who grew up with guns in her family home, told The Cut that she “[never wants] to draw a gun on anybody.” But after a close call some years back, she’s “glad that it’s available if I ever needed it again.”

As noted above, while there’s anecdotal evidence to support this rise in gun ownership, the hard numbers are still elusive. Even so, Black women do make up the majority of the 40,000 members of the National African American Gun Association, The Cut reported.

Members of the Train 2 Fight and Defensice Unicorns Black gun clubs learn to use firearms, saying training helps to avert accidents and the abuse of weapons (Photo via Train2Fight/The Philadelphia Tribune).

Last September, our partners at The Philadelphia Tribune took their own look at the issue, finding that Black city residents were buying guns to arm themselves against an uptick in crime in Pennsylvania’s largest city.

The Tribune caught up with Essence, a Black woman who declined to give her last name, as she walked down the steps of an indoor gun range in the city.

“I’m torn,” Essence told the Tribune. “I know that guns are killing us. Blacks are shooting each other. But I need a gun to protect myself and my family. I’m forced into a corner.”

The Tribune also dug into the numbers, finding that gun sales among Black men and women increased by 58 percent in the first six months of 2020, according to data compiled by the National Shooting Sports Foundation.

As the Tribune reported at the time, crime is the prime mover of this growing trend. Rising homicide rates in Philadelphia and other American cities were fueled, at least in part, by the financial and emotional stress of the coronavirus that’s magnified in Black communities, the Tribune reported last fall.

The rising death toll comes at a time when police brutality and violent white supremacists are constant concerns, Daniel Webster, a professor of American Health in Violence Prevention at the Bloomberg School of Public Health, told the Tribune.

“We’ve seen such an increase in white nationalist violence,” added Webster, who is also director of the Johns Hopkins Center for Gun Violence Prevention and Policy. 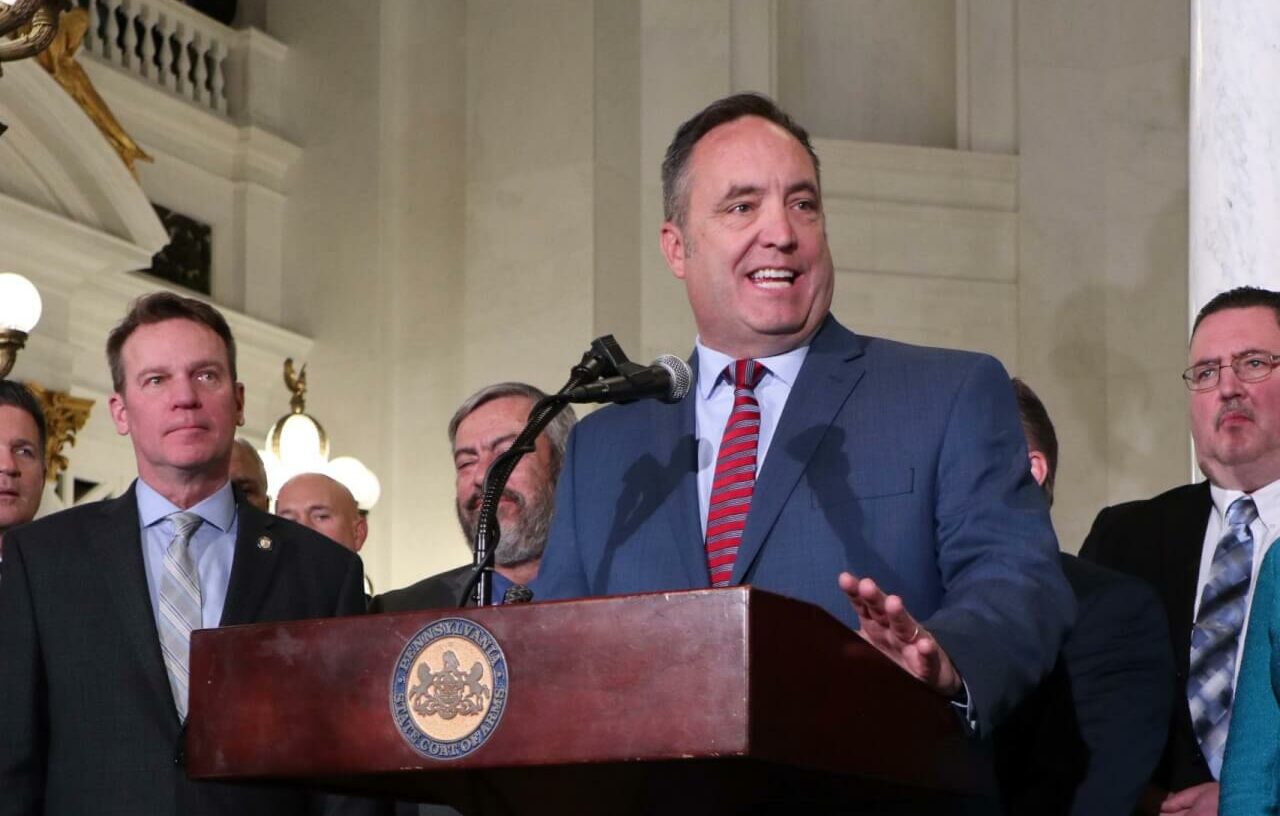 That narrative comes even as Republican candidates for governor, all of whom are white and male, have sought to capitalize on the rise in crime in Philadelphia, as they vie for the party’s nomination.

Three of the leading GOP hopefuls have each offered their own solutions, from Senate President Pro Tempore Jake Corman’s, R-Centre, quest to have Philadelphia District Attorney Larry Krasner impeached, to former U.S. Attorney Bill McSwain’s plan to abolish DA elections in the city and turn it into a post appointed by the governor, the Philadelphia Inquirer reported on Tuesday.

Philadelphia’s elected officials, who are mainly Black and Democratic, have pointed out that the violence problem isn’t unique to their city, arguing that other enclaves, governed by Republicans, are dealing with the same problem.

But while there has been growth in gun ownership among Black women, they still make up a minority of total gun ownership, The Cut reported, citing a nationally representative survey conducted by a public health researcher at Harvard University.

Even as they recognize the toll that gun violence has taken on their communities, some Black gun owners say they see no other choice.

“Why would you want the racists to be the only ones with knowledge of firearms?” Philadelphia gun advocate and founder of Black Guns Matter, Maj Toure, told the Tribune. 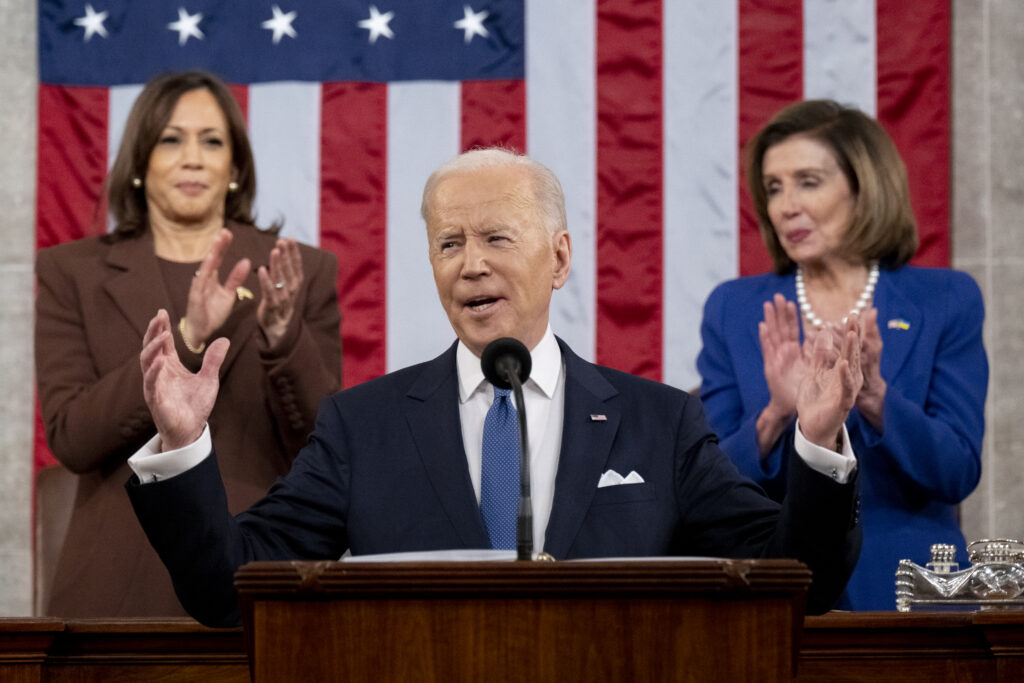 WASHINGTON, DC – MARCH 01: US President Joe Biden arrives to deliver the State of the Union address as U.S. Vice President Kamala Harris (L) and House Speaker Nancy Pelosi (D-CA) look on during a joint session of Congress in the U.S. Capitol House Chamber on March 1, 2022 in Washington, DC. During his first State of the Union address, President Joe Biden was expected to speak on his administration’s efforts to lead a global response to the Russian invasion of Ukraine, work to curb inflation, and bring the country out of the COVID-19 pandemic. (Photo by Saul Loeb – Pool/Getty Images)

From me, here’s a rundown of how Pennsylvania’s Capitol Hill delegation reacted to Biden’s speech. And from our sibling site, the Iowa Capital Dispatch, the GOP response from Hawkeye State Gov. Kim Reynolds.

When it comes to maternal health services, Pennsylvania needs to do better, one state official said Tuesday. Cassie Miller has the details.

In Pittsburgh, advocates and business leaders are calling on a Scaife-linked foundation to stop funding anti-immigrant groups, our partners at Pittsburgh City Paper report.

As some Black-owned businesses are struggling to recover from the pandemic, the National Urban League and U.S. Small Business Administration have formed a partnership designed to connect underserved small businesses with the programs and resources they need to thrive, our partners at the Philadelphia Tribune report.

Lebanon, Pa., outside Harrisburg, doesn’t have its own professional baseball team. But for one weekend, this July 1-3, the Lancaster Barnstormers, of the independent Atlantic League, will call the city home. And they’re looking for residents’ help in renaming the club for that brief tour. Our partners at Q’Hubo News have the story.

On our Commentary Page this morning: Opinion regular Bruce Ledewitz muses on what the Jan 6 Committee has to learn from state Sen. Doug Mastriano, R-Franklin. And, from wildfires to water scarcity, a Penn State scholar says U.S. kids will have to learn to live with a changing climate. 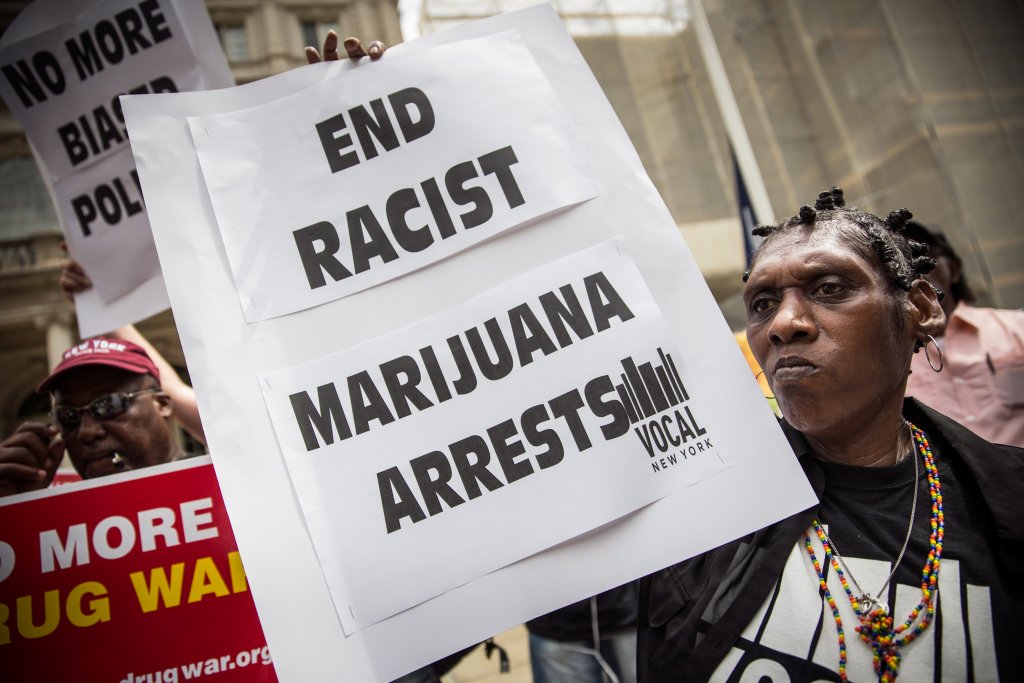 Elsewhere.
A hearing in West Philadelphia underscored the challenges of trying to legalize marijuana, the Inquirer reports.

A Pittsburgh steelworker was in the crowd during Tuesday’s State of the Union address, the Post-Gazette reports.

A Pennsylvania man, found guilty in the Jan. 6 insurrection, and facing up to 20 years in prison, has died by suicide, PennLive reports.

Amid a Russian booze boycott, a distillery in Nanticoke, Luzerne County is pledging funds to support Ukraine, the Citizens’ Voice reports.

Putting an end to a chaotic debate, officials in Philadelphia have picked a design for Washington Avenue, WHYY-FM reports.

Erie’s Metropolitan Transit Authority has scored a $2.25 million windfall from the federal infrastructure law, GoErie reports. It’s the latest infusion of cash for the the mass-transit agency, which is working to expand its reach, the news org reports.

Stateline.org goes deep on the way one state is expanding access to affordable housing.

Keystone State Republicans are calling for the expansion of pipelines amid the Russian war on Ukraine, City & State Pa. reports.

President Joe Biden launched his first State of the Union with a strong show of support for Ukraine, Roll Call reports.

WolfWatch
Gov. Tom Wolf holds events on both sides of the state today. At 11 a.m., he’ll tour a tech firm in Pittsburgh. And at 2:15 p.m., he’s in Phoenixville to tout his budget plan.

You Say It’s Your Birthday Dept.
Best wishes go out this morning to PSERS spokesperson Steve Esack, who celebrates today. Congratulations and enjoy the day, sir.

Heavy Rotation
Here’s an old favorite from Dandy Warhols for your hump day. It’s ‘Bohemian Like You.’

Wildfires and water scarcity: How U.S. kids will have to adapt to a changing climate | Opinion

What does the Jan. 6 committee hope to learn from Sen. Doug Mastriano? | Bruce Ledewitz