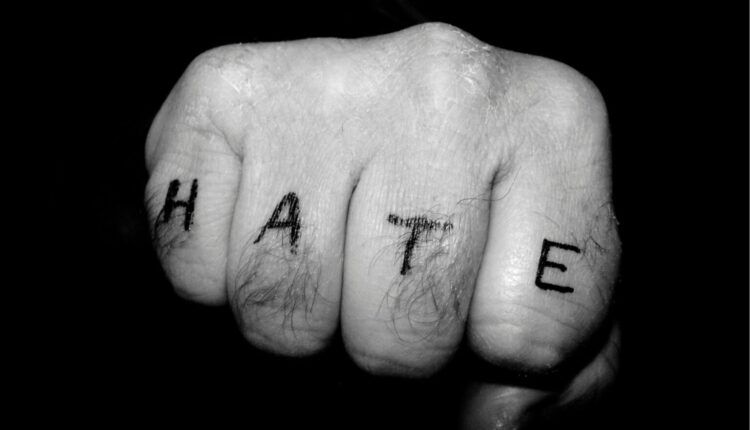 These are the optics of American hate | Opinion

The road to hell isn’t paved anymore with good intentions. The asphalt is hatred.

Chances are you have experienced it recently.

A person may have confronted you because of race or ethnicity. One study shows that 22% of Americans have encountered that or had their property damaged because of their skin color or culture.

You may hate someone you once loved because of divorce. About half of all marriages end in dissolution. Between 40% and 80% of those will have suffered one or more episodes of violence or abuse.

Many couples struggle in love-hate relationships. Sabrina Romanoff, clinical psychologist, says people in rollercoaster partnerships seek excitement. They endure aggression and frustration so that they might experience passion, mistaking that for intimacy.

Hate has sullied journalism, causing many of us to react bitterly to the news. The United States ranks last out of 46 countries in media trust. Only 29 percent of us have confidence in reports.

You may have suffered hatred or expressed some of your own in a social media post. One recent study found that 41% of Americans have experienced online harassment, 27 percent of which was severe, “comprising sexual harassment, stalking, physical threats, swatting, doxing and sustained harassment.”

Then there are secrets. The people who keep them may end up hating others or even themselves. Scientific American cites research linking secrecy to “increased anxiety, depression, symptoms of poor health, and even the more rapid progression of disease.”

And not just any Republican. Many hate RINOs (Republicans in Name Only). What, exactly, is meant by that derogatory term? RINOs believe in less government, a strong military and the U.S. Constitution.

And not just any Democrat. There are so many wings — progressive, old guard, new guard, moderates and conservatives. Little that they propose flies in Congress even though they hold the majority.

Politics are so toxic that many of us hate our opponent’s party more than we love our own, spewing partisan epithets in person or online.

Hate speech, however infuriating, is not a crime. The U.S. Department of Justice cites First Amendment protections, noting that people cannot be prosecuted for beliefs, even if racist. Nevertheless, free speech does not protect those whose criminal conduct is rooted in philosophical beliefs.

Hate crimes are increasingly frequent. The DOJ reports that some 8,052 incidents happened in 2020, involving 11,126 victims.

Hatred erupts in bigoted violence as evidenced in several mass shootings, including the Tops grocery store massacre in Buffalo, N.Y. Or it can result in political violence as in the Jan. 6, 2021, insurrection.

People hate collectively to feel a sense of belonging. Extremist groups pose a distinct threat. The Rand Corporation conducted a study on why people join such groups, noting such factors as financial instability, mental health, marginalization, recruitment, propaganda and, in particular, social bonding.

Americans exist “in a perpetual state of love and hate,” according to The Guardian, a British newspaper.

Isn’t love the opposite of hate? Not necessarily. Love and hate are two sides of the same emotional coin.

A psychology study titled “The Deeper the Love, the Deeper the Hate” focused on the relationship between those intense feelings. Love flourishes because of shared values but mutates in the aftermath of betrayal into hate.

The late Nobel Peace Prize winner Elie Wiesel, a Holocaust survivor, believed the opposite of hate is indifference:

“I came to a conclusion that the peril threatening humankind today is indifference, even more than hatred. There are more people who are indifferent than there are people who hate. Hate is an action. Hate takes time. Hate takes energy. And even it demands sacrifices.”

The UC Berkeley-based Greater Good Science Center lists “Eight Ways to Stand Up to Hate. Recommendations include educating yourself, understanding all viewpoints, speaking up when you encounter racism, resisting social pressure and heeding your conscience. The Center also suggests finding a role model, connecting with people different than you, and pressing the mental pause button so as not to act on impulse.

If you do any of the above, you won’t be indifferent to the plights of others and may boost your self-esteem, enhance your values and deepen your relationships.

Michael Bugeja, the distinguished professor of liberal arts and sciences at Iowa State University, teaches media ethics and technology and social change. These views are his own. He wrote this piece for the Iowa Capital Dispatch, a sibling site of the , where it first appeared.