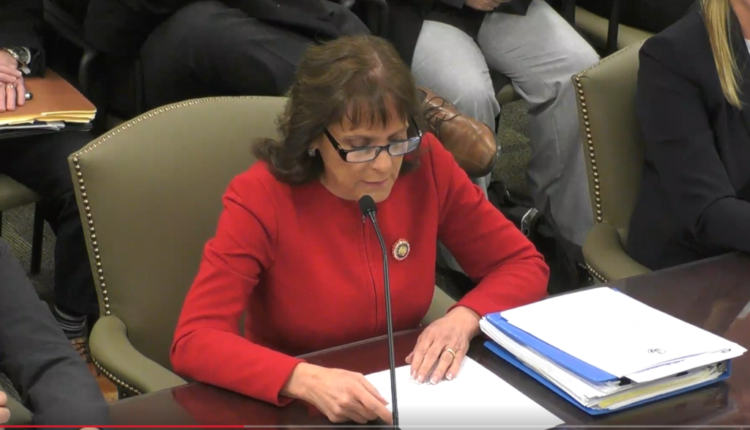 The Pa. House’s transgender sports ban will harm our youth – not help them | Opinion

We are to be focusing on our youth for a good high-quality education and that also includes their participation in sports. Our far-right legislators are not focusing on all our youth only those they choose and not caring about harming those they don’t choose.

The insecurities and fears of the unknown that these legislators are harboring are very damaging to others and can even contribute to self-harm, death, and many other issues like depression, isolation, poor grades, and attendance and more. They try to make being trans shameful.

But they won’t stop youth from being trans. They will only make it harder for kids to grow up at all and make it harder to access the support, education, and socialization that all our kiddos deserve.

Growing up is hard for all our kids and especially students that want to excel in academics and in the sport they love. These far-right politicians are pushing policies that leave so many trans youth behind. Young people should have the freedom to explore who they are and be supported in reaching for their dreams.

It’s not the job of a politician or a school to decide a student’s (or anyone’s) gender and put them in boxes. Human beings must not be labeled, labels belong on a box or a can in your cupboard.

Any adult trans person will tell you being trans is beautiful. Our problems don’t come from being trans — they come from barriers to living openly and being who we truly are. If politicians want to help our kids and families, they need to make sure that young people feel they belong, see themselves reflected in their books and curriculum, and like everyone respected for who they are.

They need to live yup to the oath they took when being sworn into office, “representing and serving all their constituents”, this is not the case today. Bills that seek to ban trans girls and women from participation in school sports are based on inaccurate stereotypes about biology, athleticism, and gender.

Excluding them from sports sends them the message that they are not worthy of the same kinds of opportunities as their classmates.

Young people who are trans need support and affirmation, not be targeted and excluded as humans by politicians. They are attempting to create solutions for problems that don’t exist.

Students who play sports want to be a part of a team and have a sense of belonging, learn team building, working, building strategies, building strong bonds and relationships with their peers, coaches, families, friends and most important themselves.

Young trans people will often consider suicide which is at high rates when they don’t have support from friends, family and schools and being able to be a part of a team can be lifesaving. As long as there have been women’s sports there has been talk about who counts as a woman.

Black women have many times been forced or denied of participating in sports and still are. Many are told they are too tall, too muscular, not feminine enough just as their white teammates are as well.

They keep speaking of “biology and sex”, neither have anything to do with “gender”. Playing sports is not all about winning or losing, it is how you play the game, building relationships, camaraderie, and a feeling of belonging. We must not allow these hateful, discriminatory politicians take that away from anyone, no matter who they are, and we will not.

Janelle Crossley, of Cumberland County, is a co-founder of the Pennsylvania Coalition for Trans Youth.

Early learning is vital to children’s development. Why is funding it such a struggle? | Opinion