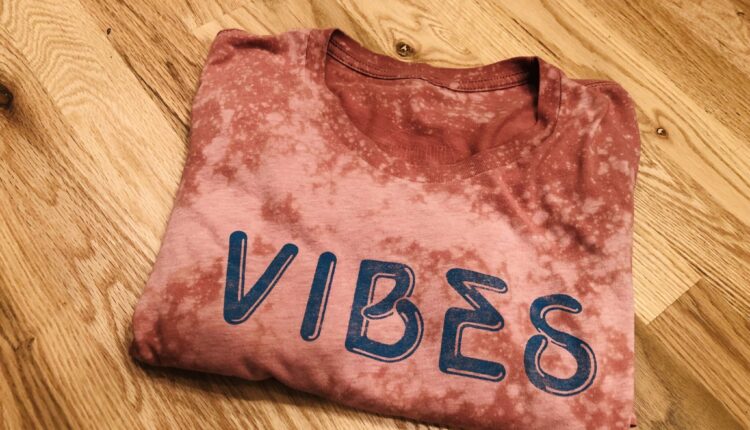 Lately, I’ve been seeing the phrase “Good Vibes Only” more often. It’s one of those popular sayings that fit nicely on coffee mugs, t-shirts and decorative throw pillows.

The term may go back to the 1960s, but was popularized more recently beginning in 2011. Interestingly, that’s roughly when our nation began to figuratively reject its internal organs via political and cultural polarization. (Perhaps not coincidentally, it’s also when many of us started using Facebook).

“Good Vibes Only” seems a specific response to our times. Saying this implies not only the existence, but the prevalence of bad vibes. It’s like a sign on the recycling bin that says “cans or bottles only.” We know that someone once threw an old sandwich in there and it was a bad scene. So someone made a sign.

Does the sign help? Or does it dare us to succumb to our worst instincts?

Words remain as capable of unspoken implications as passive aggressive church ladies. Such is the case with “Good Vibes Only.”

For instance, our current era is sometimes called the Information Age, but I don’t know if that’s necessarily the best name for it. At least, not unless you say “information” the way a sarcastic teenager might. Yes, our lives have been reordered by information technology, but I don’t know if that’s wedded us any tighter to knowledge. In fact, it seems the technology actually made it possible for individuals to get by on less information.

I’m not talking about intelligence. The human brain isn’t all that different than it was a century or even a millennia ago, aside from all the chemicals and micro-plastics we’ve added recently. Brains certainly haven’t changed much since people started staring at phones the way they once gazed upon lovers. Even an average person remains capable of remarkable reasoning skills, especially when exposed to relevant learning experiences.

It’s just that most of us have figured out that we don’t really need to know much to function in a world of conveniences.

When you encounter the slightest hint of uncertainty, you Google the answer. YouTube videos demonstrate even the simplest of tasks. That means that your brain — being smart — learns it doesn’t need to store facts. So you end up Googling more and more, until pretty soon you’re using your phone as an external hard drive for your brain.

This becomes cumbersome, so your brain teaches you a new trick: Not caring about the accuracy of information. Why become inhibited by the burden of proof when you can emote your way through any discussion?

If you don’t understand foreign policy, for instance, because you don’t study it and have never left the country, you may simply deploy a prepackaged set of opinions provided by your preferred media source. Same for health care, taxes or education policy. Actually knowing things provides no advantage. In fact, emotionally speaking, knowing things is a curse.

So it’s not much of a surprise that our society has collapsed into dueling realities based on people’s information-gathering techniques. We’re not debating the effectiveness of the “cans and bottles only” sign on the recycle bin — we’re debating whether or not nasty old sandwiches are, in fact, recyclable.

Such a world submits not to values or knowledge, but to what Aristotle (a Greek philosopher and popular cat name) called “pathos,” or emotional persuasion. And, at the risk of irritating our dwindling class of intellectuals, I would roughly equate the word “pathos” to “vibes.”

In a world ruled by vibes, things change so fast and so often that it’s hard to keep our made-up stories straight. I think that’s part of why everyone is so out of sorts.

Take “The Great Resignation,” as it has been called. Late last year we were told that people were quitting their jobs in frustration with the pandemic and late stage capitalism. “No one wants to work!” bellowed men in polo shirts with logos on them.

But a few months went by and the data became clearer. Actually, wrote Derek Thompson in the March 25 issue of The Atlantic, people were quitting their jobs because the job market was heating up. More available jobs meant that people had choices. A job that pays too little or spurs too much stress could finally be jettisoned for one with better wages or a more family-friendly schedule.

But here, months later, people are still repeating the tired old lines about people — especially young people — not wanting to work. In a war between truth and vibes, vibes seem to hold the high ground.

In fact, Thompson wrote in a more recent Atlantic piece, “‘Everything is terrible, but I’m fine,’” published June 1, about a peculiar polling phenomenon. From 2019 to 2021 more Americans reported themselves “doing at least OK,” a modest but measurable improvement. And yet, as Thompson explains, people overwhelmingly indicated that the country was headed in the wrong direction during the same period.

All of this clearly indicates a culture running on vibes. You can’t laugh it off. We’re going to elect a Congress and state legislature this year based on these vibes. The party that blocked policy solutions to problems like gas prices, gun violence, public safety and college debt is currently favored to win. Why? They’re offering vibe-based solutions to bad vibes.

Such a dichotomy could stem from our decaying political system, in what writer Yascha Mounk described in the May 21, 2022 issue of The Atlantic as “The Doom Spiral of Pernicious Polarization.”

“Pernicious polarization makes good-faith efforts to tackle social problems such as public-health crises harder and bad-faith efforts to turn them into political gain easier,” writes Mounk. “At worst, an erosion of trust in democratic norms and political institutions can end up as political violence and civil war.”

Mounk isn’t just speculating. Political scientists from all over the world are watching what’s happening in America. We live in one of the most polarized societies in the world, one in which we generally regard our political opponents as worse than foreign threats, dysfunctional government and biting insects combined.

Is there a cure to these bad, bad vibes? Yes, writes Mounk but you won’t like it. Only a significant external or internal shock tends to reverse such division, drawing us closer together with shared purpose.

But be careful. Such a shock is just as likely to shatter the nation once known as the United States of America.

“Imagining what a depolarization of American politics would look like is not too difficult,” writes Mounk. “The only problem is that America’s political partisans may already hate one another too much to take the steps necessary to avoid catastrophe.”

Good vibes only? I wish. These vibes seem bad and they’re getting worse.

It’s not that problems are impossible to solve; it’s only that pretending things are OK won’t work.

Aaron J. Brown is an author, community college instructor and radio producer from Northern Minnesota’s Iron Range. He wrote this piece for the Minnesota Reformer, a sibling site of the , where it first appeared.