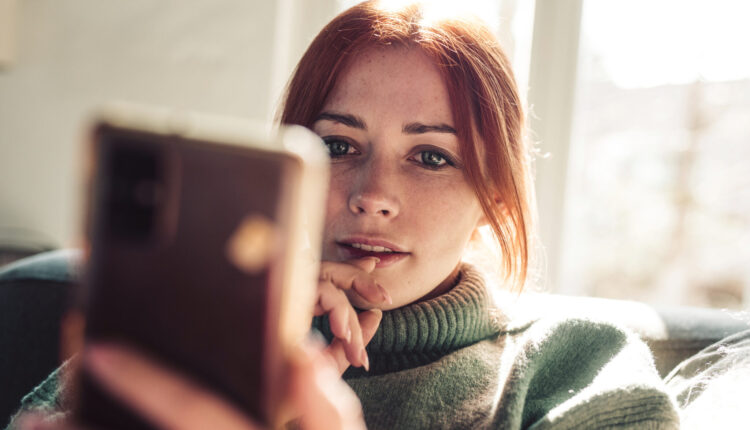 Nothing has been able to kill scam robocalls — not federal regulation, not individual state lawsuits, not private software. Each effort has made a dent, but the unwanted calls keep on coming, much to the consternation of Americans on the receiving end.

Now, all 50 state attorneys general, Republicans and Democrats, have come together through a newly formed task force to go after U.S. telecommunications companies that allow robocalls originating overseas to reach their customers.

Stopping nuisance calls from foreign countries has been particularly challenging. The AGs have put telecom companies on notice that they must stop the scam calls before they go through to customers, or face prosecution. Experts say that strategy just might work.

“Technology has advanced to the point so AGs can see when telecom carriers are carrying illegal traffic,” said Alex Quilici, CEO of YouMail, a robocall-blocking software company that keeps track of robocalling in the United States.

“The problem has been that the [Federal Communications Commission] fines someone … one at a time, or one AG shuts down a carrier,” he said. “Now, it’s 50 going after them and 50 court proceedings and 50 fines. I’m optimistic that this will make some impact. Enforcement really is key.”

Further, Quilici said, by coordinating lawsuits, the attorneys general make it more expensive for the robocaller companies, which earlier had calculated the cost of individual court cases into their cost of doing business. “The key thing you want to do is raise the cost for the robocaller,” he said.

Now, Stein, a Democrat, and GOP attorneys general Todd Rokita of Indiana and Dave Yost of Ohio are leading the effort to coordinate similar suits against telecom providers on a 50-state (plus the District of Columbia) basis by forming an Anti-Robocall Litigation Task Force.

As its first act, the task force this month issued 20 investigative requests to 20 companies that are “allegedly responsible for a majority of foreign robocall traffic,” Stein said.

Rokita, in a news release, pointed out that robocalls “aren’t just a Hoosier problem. They are a nationwide problem.” He put the telecom industry on notice that if it “won’t police itself, this unprecedented task force will.”

State attorneys general have taken some coordinated actions in the past few years, such as calling on internet resellers like eBay Inc. to stop selling fake COVID-19 vaccination cards and raising concerns about illegal alcohol sales online. And together, they’ve pushed companies to beef up anti-robocalling technology.

But mostly the attorneys general have split along party lines. The Republican AGs association, for example, was on the winning side in its “friend of the court” brief supporting a lawsuit in Pennsylvania arguing that religious institutions that ban same-sex foster parents should be allowed to take part in Philadelphia’s foster care system.

But they all hate robocalls.

“I think we can give all the credit to the robocallers,” said former Maine Attorney General James Tierney, founder of StateAG.org, an educational group that studies the offices of state attorneys general. “They have been able to do the politically impossible feat: They have been able to unite the attorneys general when they don’t unite on anything else. I don’t know who they are, or what country they are in, but everybody hates robocallers.

“They [the AGs] are going to lose the pro-robocall vote, but I think they are willing to take the risk,” said Tierney, a Democrat.

Some government actions have seemed to reduce the scourge a bit, but not enough to get rid of constituent hate for the scam calls. (There is some legitimate “opt-in” automatic calling, such as when schools notify parents of a snow day, for example.)

The National Consumer Law Center and the Electronic Privacy Information Center found that in 2021, about 60 million Americans were bilked out of $29 billion by scam robocalls and texts.

YouMail reported that American phones got just over 3.8 billion robocalls in July, a nearly 12% decrease from June. That was due mostly to the July Fourth holiday and one extra weekend in the month, Quilici said. He said robocalling is notably down on weekends and holidays. Still, in July, there were an average 123.1 million calls a day, YouMail reported.

But the reported decrease in calls in July might be misleading, YouMail said in its report, as many robocalls go undetected because of a regulatory quirk related to so-called spoofed numbers.

A spoofed number appears to be a legitimate number, likely one with a local area code and exchange, but is actually falsified information showing on the Caller ID to disguise where the call is coming from. Quilici said the FCC’s Stir/Shaken program — a digital verification system that makes it easier to identify spoofed or fake numbers — is driving down the number of obvious spoofed calls, but there may be many others that are going undetected.

Large carriers such as Verizon have implemented Stir/Shaken for a couple of years. The AGs are focusing on smaller carriers, such as the one Stein sued, which only came under the program in June, so its effect is not obvious yet.

“Verizon is a strong advocate of tracking down and shutting down sources of illegal robocalls and we stand ready to help law enforcement with that goal,” Verizon spokesperson Rich Young said in an email to Stateline.

Louis Jacobson, who writes about attorneys general for University of Virginia professor Larry Sabato’s Crystal Ball website, said political polarization among attorneys general has increased in recent years. “There’s not as much cooperation, especially on high profile issues,” he said in a phone interview. “There is mostly partisan alignment.”

Still, he added: “While I think that general partisan division is still in force, robocall is the kind of thing that everyone can get behind stopping. There’s no political downside.”

Elaine S. Povich is a reporter for Stateline, an initiative of the Pew Charitable Trusts, where this story first appeared.

Some Rural Hospitals Are in Such Bad Shape, Local Governments Are Practically Giving Them Away

From one Roosevelt to another: How we cracked down on corporate power and built a middle class