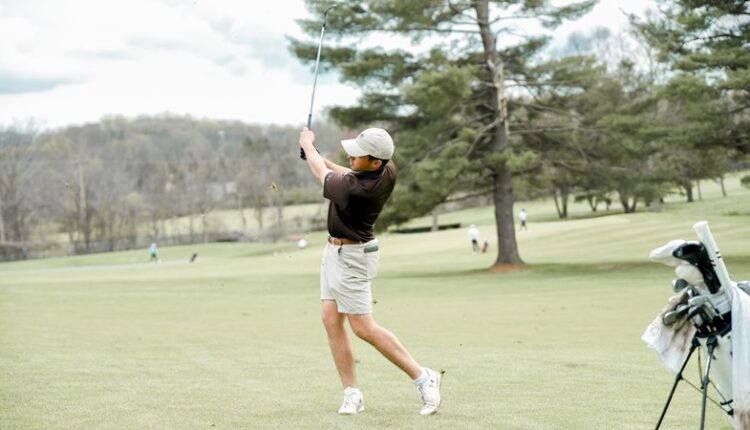 HELLERTOWN, Pa. – The Lehigh men’s golf team continued playing steadily at the Patriot League Championship with all six players shooting between 74 and 79 Saturday at the Steel Club. The Mountain Hawks sit in a tie for fourth place after shooting 14 over par 302 for the second day. Lehigh is at 23 over par 599 (297-302) for the tournament so far and trails the leaders, Loyola Maryland, by 15 strokes.

Junior Daniel Song is the Mountain Hawks’ low individual after shooting 74 Saturday, good for a two-day total of 147 (73-74). Song sits in a tie for sixth place after seven pars and an eagle on the par 5 14th hole for the last eight holes of the day.

Junior Sam Barton remains in a tie for 10th place at five over par 149 after shooting 75 on Saturday. Barton made a team-best four birdies on the day, three of which came on par 5s.

First-year Jahan Bains shot a second-day score of 77 to move into a tie for 17th place at seven over par 151 (74-77) for the tournament. His round included two birdies in his last four holes of the day.

First-year Aidan Oehrle sits in a tie for 35th place following a second round 79 to put him at 11 over par 155 for the tournament. Oehrle made one birdie on the day on the par 5 14th hole.

Sophomore Edmund Broderick moved into 42nd place following a second-round 79. He is at 157 (78-79) for the championship.

Loyola’s Carlo Pizzano shot four under par 68 to take the individual lead going into the final 18 holes. Lafayette’s Ryan Tall sits two strokes back after posting a one over par 73.

The third and final round of the Patriot League Championship is set for Sunday at The Steel Club. Lehigh will be playing with Army West Point and Holy Cross with tee times starting at 8:54 am

Are we all floating in the soup of hatred and violence? | Frank Pizzoli