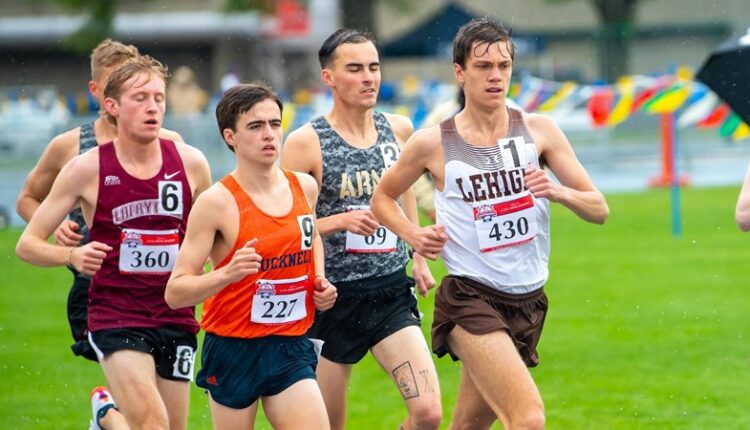 BETHLEHEM, Pa. – Lehigh’s Seth Slavin graduated in May but continues to be recognized for his academic achievements at Lehigh. Slavin was named CoSIDA third team Academic All-American, which was announced by the College Sports Information Directors of America on Wednesday afternoon. The graduate student is Lehigh’s 29th Academic All-American and is the first men’s cross country and track and field member to be selected as an Academic All-American since Patrick Reilly in 2018.

Throughout his time at Lehigh, Slavin not only excelled in the classroom, but on the cross country course and track as well. In 2019, he was named second team All-Patriot League for men’s cross country. Slavin was a top finisher for the Mountain Hawks at the Patriot League Cross Country Championships, finishing 20th overall. During his final track season at Lehigh, Slavin finished sixth overall in the 10k with a time of 30:36.52 at the Patriot League Championships. In his final dual meet, he won the 5k against Lafayette with a time of 14:51.43.

Slavin is one of the 45 Division I student-athletes to be selected as men’s cross country/track and field All-American and was one of 18 who finished with a 4.0 GPA.