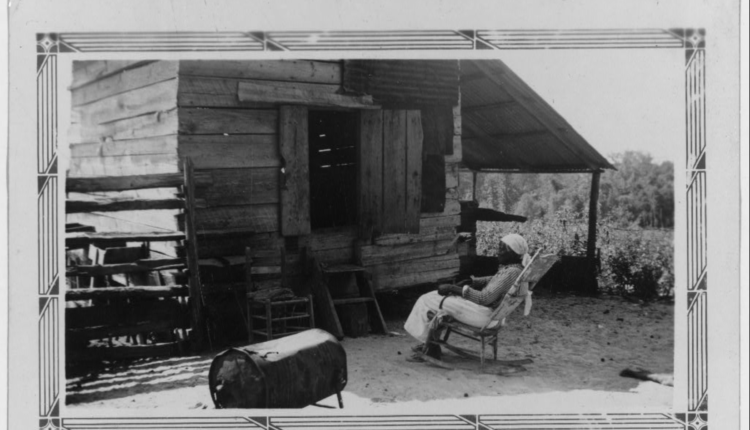 PHILADELPHIA — On April 5, 1921, a trial began in Georgia regarding the enslavement and murder of 11 Black laborers who were employed — correction, enslaved — by John S. Williams, owner of a 2,000-acre plantation in Jasper County, about 60 miles north of Atlanta.

Speaking of money, America owes us big time for a lot. And that includes, but is certainly not limited to, slavery from 1619 to 1865 and the convict-leasing form of slavery from 1865 to 2022 (and doubtlessly beyond).

You’re probably asking, “Didn’t the 13th Amendment end slavery in 1865?” And you’re probably also asking, “Are Black people still being enslaved in modern-day America?” The answer to the first question is no. The 13th Amendment did not end slavery in 1865. And the answer to the second question is yes. Black people are still being enslaved in modern-day America.

Allow me to explain my answer to that first question.

The 13th Amendment became law of the land 157 years ago in 1865. Unfortunately, many people mistakenly thought and still mistakenly think this amendment ended slavery and involuntary servitude. It did not. It simply created slavery by another name.

Here’s proof: Section 1 of the 13th Amendment reads verbatim, “Neither slavery nor involuntary servitude, except as a punishment for crime whereof the party shall have been duly convicted, shall exist within the United States ….”

Those laws, known as Black Codes, were passed beginning in 1865 and up to the early 1960s for the sole purpose of legalizing the criminalization of recently “freed” Blacks along with their descendants and doing so in a manner consistent with the tricky language of the 13th Amendment.

Because the 13th Amendment in 1865 allowed for slavery and involuntary servitude, the South immediately created the Black Codes. Those codes criminalized recently “freed” Blacks by creating and selectively enforcing vagrancy, loitering, and curfew laws. They also created and selectively enforced laws that made it illegal for Blacks to refuse exploitative and abusive so-called jobs.

And if Blacks violated any of those or similar Black Codes, they were sent to prisons that “convict-leased” them to 365/24/7 labor on the same plantations and cotton fields and coal mines and railways they had recently been “freed” from.

In fact, it was Frederick Douglass who pointed out that, “[States] claim to be too poor to maintain state convicts within [their own] prison walls. Hence the convicts are leased out to work for railway contractors, mining companies …, large plantations …, [and other private companies]. These companies assume charge of the convicts, work them as cheap labor and pay the states a handsome revenue for their labor.”

As referenced at the beginning of this article, now I will tell you the horrific details about that aforementioned Georgia slavery/murder trial, which started exactly 101 years ago on April 5, 1921. Even better, I will tell you how encyclopedia.com thoroughly described it:

“[S]lavery in the United States did not end in 1865, but merely took other forms. For example, there was the system of ‘peonage’ whereby Blacks were [exploited, abused, and] held in servitude …. This use of ‘peons’ thrived throughout the South for over five decades and it did not start to decline until the brutal murder of 11 men in 1921.

The U.S. Constitution (National Constitution Center photo)
[Although Congress outlawed peonage in 1867, local county] police and courts [throughout the South] usually turned a blind eye to what was going on. Many local law enforcement officials even arrested Blacks on false charges to maintain a supply of manpower for the local farmers ….

One of those [farmers] who took advantage of the situation was John S. Williams …, the owner of a 2,000-acre plantation in Jasper County, Georgia. … With three of his adult sons, he ran his spread by using peons.

Williams managed his farm like a brutal dictator. One man made only 35 cents during an entire year ….

[At night, all the ‘peon’ laborers] were crowded into bunkhouses whose windows were nailed shut … and doors locked and secured with a chain.

Beatings and whippings were handed out daily for such offenses as picking less cotton than the other field hands …. On Sundays, the Williams took their [vicious] tracking dogs out for practice by forcing a Black [peon laborer] to run through the woods for the hounds to chase ….”

I must stop right there with encyclopedia.com’s graphic account. I can’t write any more about that horrifically sadistic mistreatment of those victimized Black men who — if it were not for fate — could have been my grandfather who, by the way, was born in Georgia and was their approximate age at that time. I must stop because if I don’t, I’ll start using profanity and making threats. I’m already uncontrollably crying tears of rage right now.

Therefore, I’ll wrap it up by saying that one laborer escaped the farm in November of 1920 and fled to the Atlanta office of the FBI (then simply known as the Bureau of Investigation) where he reported the inhumane horrors.

Although peonage was not high on the FBI’s list because the Bureau’s leadership and most of its agents were racist, the story reported by the escaped laborer was just too outrageous to ignore. And it became even more outrageous after two agents were sent to the Williams plantation to investigate. But it got worse after that. Much, much worse.

On Feb. 18, 1921, those two agents visited and interviewed Williams who lied about his modern-day enslavement of and brutality against Black laborers. And the laborers who were present were too afraid to say anything. But Williams was nonetheless very worried because he realized that the FBI must have had something on him because they wouldn’t have made an official visit if they hadn’t suspect something very serious. He assumed they would continue the investigation.

So Williams on Feb. 19 concocted a plan to get rid of the “evidence.” And that evidence was several of the laborers. During the next two weeks, Williams and two coerced farmhands brutally and sadistically murdered 11 Black laborers by hacking them to death with axes or by drowning them after weighing them down with rocks before throwing them off the bridge into the Yellow River or by blasting them with a shotgun.

Shortly after the drowned bodies were found March 16 and the “death farm” became national news, the FBI returned and had Williams charged with murder.

Unfortunately, Black people are still being enslaved in modern-day America. Our enslavement didn’t end in 1921. Just in case you didn’t know, Southern slavery never stopped — not in 1865, not in 1921, not ever. John Christopher Smith, beginning in 2009, was forced by Bobby Paul Edwards to labor for over 100 hours a week without pay for five years at a South Carolina restaurant. And during that time, Edwards would abuse Smith by punching him, beating him with a belt, hitting him with pots, and using metal tongs that had been dipped into hot grease to burn his neck. Edwards pleaded guilty in 2018 to one count of forced labor and was sentenced to 10 years in prison and ordered to submit back pay to Smith of over $545,000.

By the way, Black inmates at the Louisiana State Penitentiary, for example, are still forced to pick cotton on the prison plantation for two cents an hour. In 2022. Two cents an hour. That’s not a typo.

Opinion contributor Michael Coard, an attorney and radio host, is a columnist for the Philadelphia Tribune, where this column first appeared. His work appears on Tuesdays on the Capital-Star’s Commentary Page.