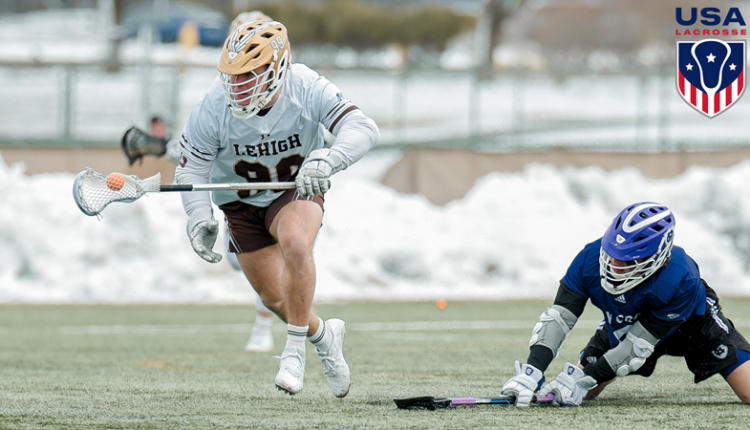 Sisselberger to Try Out for 2023 U.S. Men’s National Team

SPARKS, Md. – Mike Sisselberger of Lehigh men’s lacrosse will be in elite company this week, as he heads to USA Lacrosse Headquarters in Sparks, Maryland to try out for the 2023 US Men’s National Team. He’s one of 67 individuals who will be trying out from Tuesday through Thursday, with the invitees primarily consisting of post-collegiate players who are playing professionally in the Premier Lacrosse League. Sisselberger is one of just six invitees with college eligibility remaining.

Owning the single-season NCAA record for faceoff percentage (79.5 percent), this week will be feature some of the greatest faceoff specialists the sport has ever seen. Five in total were invited (including Sisselberger). Sisselberger will be going against Trevor Baptiste, TD Ierlan, Stephen Kelly and Joseph Nardella.

This week is the first step in preparation for the 2023 World Lacrosse Men’s Championship, which will be held next June 21 through July 1 in San Diego. Following the tryout, an initial training roster of approximately 46 players will be named to participant in upcoming team activities this fall.