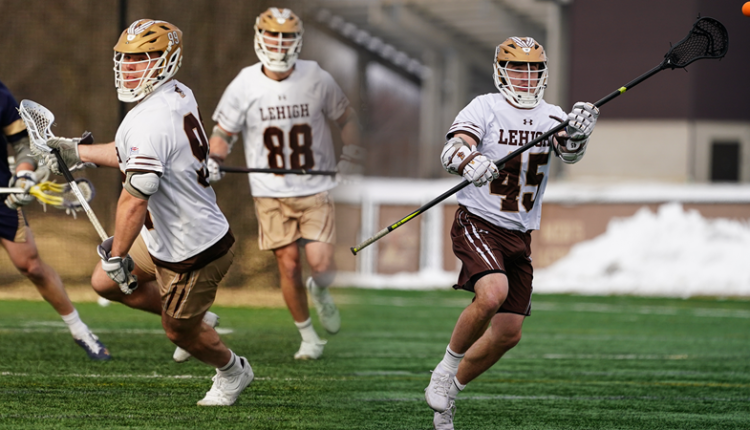 Sisselberger and Leggett Recognized as Inside Lacrosse Midseason All-Americans

Sisselberger stands third in the nation in faceoff percentage (66.3) and third in groundballs per game (8.75), recording 70 in eight games. A two-time Patriot League Faceoff Specialist of the Week this season (and league-record eight-time honoree in his career), Sisselberger has won at least 50 percent in every game. Included were dominant performances of 14-of-16 at NJIT, 18-of-22 vs. Navy, 20-of-26 against Holy Cross and 17-of-25 at Army West Point. He’s had double-figure groundballs in three occasions, including a season-high 13 against Navy.

Meanwhile, Leggett stands 11th in the nation in causing turnovers per game (2.12) with 17 in eight contests. He also has 29 groundballs. Over the last four games, he’s recorded 18 groundballs and 12 caused turnovers – causing five turnovers vs. Holy Cross, four against No. 5 Georgetown and three at Binghamton. At Army, Leggett covered and shut down one of the nation’s top attackmen Brendan Nietner through three quarters, holding him to a single assist as the Mountain Hawks took a 9-5 lead into the fourth. Leggett is up to third in program history for career caused turnovers with 80.

Sisselberger, Leggett and the Mountain Hawks will be back on the road this weekend to face rival Lafayette on Saturday, with game time set for noon from Fisher Stadium in Easton, Pa.