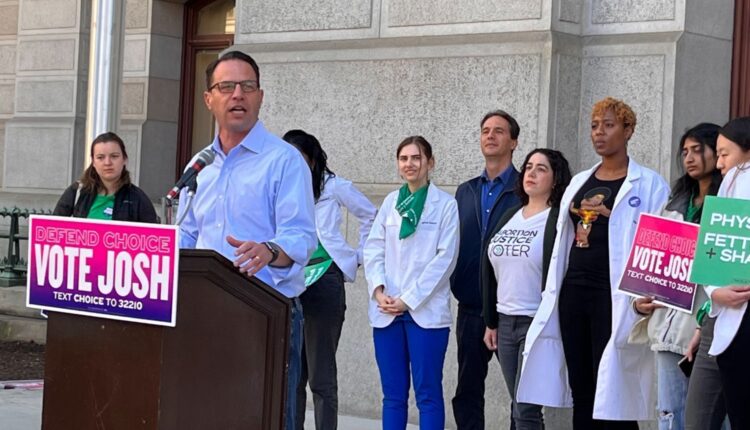 When he takes the oath of office at the Pennsylvania Capitol at 12 p.m. today, Democratic Gov.-elect Josh Shapiro will be doing a lot more than just reciting the words he’s required to say by law.

For one, Shapiro, of Montgomery County, will be ushering in a new era for Pennsylvania politics, replacing two-term Democratic Gov. Tom Wolf, of York County, giving him a chance to reset the clock on state government, as he looks to translate the visions and promises he made on the campaign trail into concrete policy.

Shapiro, the two-term, elected attorney general, has promised an administration that looks like Pennsylvania. He’ll be doing it with Lt. Gov. Austin Davis, the first Black man to serve in the state’s second-highest office, at his side.

And in the weeks since his double-digit defeat of Republican state Sen. Doug Mastriano, of Franklin County, he’s assembled a large and diverse transition team that’s stretched across gender, racial and ethnic lines. His emerging cabinet also includes nominees from both sides of the political spectrum.

The inaugural addresses most often serve as a chance for the incoming chief executive to talk about big themes — or, in the case of a re-elected governor, building on the achievements of a first term. There’s every reason to expect that Shapiro will follow suit.

In his 2019 inaugural speech, after winning a second term over a Trump-like opponent in Republican Scott Wagner, Wolf called on Pennsylvanians to “choose hope over hopelessness, empathy over apathy. I ask you to choose action over passivity. I ask you to take the future of our Commonwealth into your own hands and help lead us forward.”

In 2011, Republican Gov. Tom Corbett set a similarly high-flown tone, urging his audience not to “confuse acrimony with passion or partisanship with principle.

“Rather, let us take this opportunity to begin a new kind of debate — one that honors our shared history and unites us as citizens in common purpose. In doing so, I have great faith that we will unleash a new common prosperity to benefit all Pennsylvanians,” Corbett said at the time.

The Capital-Star spoke to veteran political analyst G. Terry Madonna, a Millersville University professor who’s been watching governors come and go since the administration of Gov. Milton Shapp  in the 1970s.

Below, three storylines to watch for during today’s transition of power.

Austin Davis at the state Capitol in Harrisburg, PA on 9/20/22 (Capital-Star photo by Daniella Heminghaus)

1. On the Issues: During his inaugural address today, Madonna said he’ll be looking to Shapiro to discuss — at least in broad strokes — the big issues and policy challenges facing the state. And with most Pennsylvanians looking to their wallets at a time of rising prices and high interest rates, and wages that are keeping up with neither, Madonna said he’s looking for a focus on the bottom line.

“The big storyline for me is what … Gov. Shapiro says about his agenda,” Madonna told the Capital-Star. “What direction is he prepared to take the state? We know a little bit from the campaign. What will he prioritize? What will he emphasize?

“I want to know what he intends to do with the [state] budget. The state has about a $3.6 billion surplus. How does he intend to spend that money? What are his priorities for it? That, I think, is the big issue … He’ll stick with the most pressing issues. He could go into criminal justice reform, he could talk about tax reform. During the campaign he talked about reducing business taxes. What does he intend to do about that?”

2. The Unity Thing: Shapiro is likely to stress his efforts to bridge partisan and ideological gaps — themes that underlined his campaign, and which will prove particularly salient as he deals with a divided General Assembly.

“His transition team is the largest that I remember, and it’s the most diverse, taking in labor and business; Republicans and Democrats,” Madonna told the Capital-Star. “His cabinet already is a move in that direction.

“The big question is how much does he emphasize his approach to bipartisanship,” Madonna continued. ” I think we’ll see him move in that direction. It’s a major thrust of what he wants to do. He has a [Republican-controlled] Senate, and what likely will end up a Democratic House … there are all sorts of possibilities there.”

(Editor’s Note: Republicans currently hold a narrow majority in the lower chamber, but that could change with the results of three special elections for heavily Democratic seats in Greater Pittsburgh now scheduled for Feb. 7.)

3. What Have You Done For Me Today?: Shapiro and Davis will assume power just weeks after the second anniversary of the insurrection at the U.S. Capitol and a time of stark partisan divisions among some sectors of the state and national electorate, which are underlined by polling data.

Madonna told the Capital-Star that he’ll be watching to see whether Shapiro reaches out “in a much more substantial way on where he thinks Pennsylvania is and where it should be going; whether he reviews some of [the state’s] strengths and weaknesses, and how his agenda will be build on those strengths, and shore up those weaknesses.”

Madonna said he wants to hear what Shapiro has to say to the Pennsylvanians who chose to vote against him in last November’s general election.

“He’ll be reaching out to the citizens of the state and talk about how his administration is there to represent them,” Madonna continued. “I don’t know how he has an inauguration and doesn’t stress that point.”

Why America has a debt ceiling. Five questions answered | Analysis