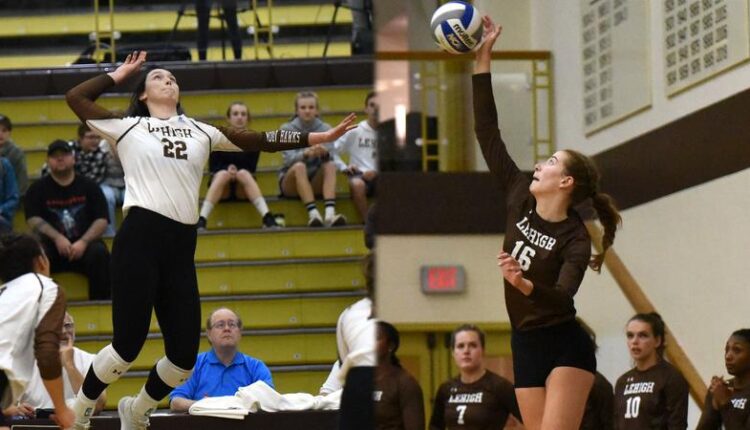 BETHLEHEM, Pa. – A pair of sophomore student-athletes from the Lehigh volleyball program, Megan Schulte and Emily Stewart, were selected as All-Patriot League second team honorees announced on Monday by the league. These are the first all-league accolades for both Schulte and Stewart.

The Mountain Hawks earn their first all-league awards for the first time since the spring 2021 season and its the first time with two honorees since 2019.

Schulte, a one-time recipient of the Patriot League Player of the Week, finished the season as the team leader in kills with 324 with a hitting percentage of .217. She concluded the year playing in 95 sets, recording four solo blocks and 35 block assists for a total of 39 total blocks. Schulte also added 176 digs, 23 service aces and 11 assists.

Stewart saw action in 100 sets this year and contributed 197 kills for a .350 hitting percentage and a team-high of 138 total blocks with eight solo blocks. She added 48 digs, 17 service aces and seven assists.

The Mountain Hawks ended their 2022 season on Saturday afternoon, finishing with a 13-15 overall record and 4-12 in Patriot League action.