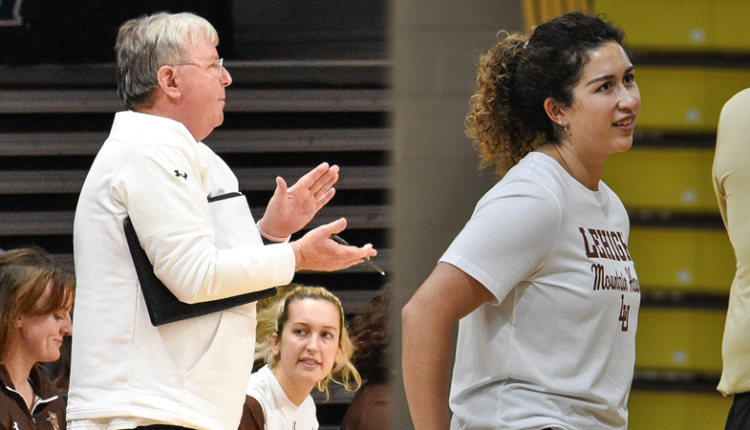 Associate Head Coach Glenn Rigney and Associate Coach Kaitlyn Cresencia were featured on the announcement, which includes 74 assistant coaches around the country at the mid-major level.

Rigney enters his 19th season on Lehigh’s staff as defensive coach and 16th as the program’s associate head coach. He’s helped the Mountain Hawks to appearances in the Patriot League semifinal round in 11 of the last 16 seasons including three league titles during that timeframe. Under Rigney’s tutelage, he’s worked with many of the program’s top players in the last two decades including former Patriot League Player of the Year and program all-time legend Erica Prosser ’11. A great defensive mind, Rigney helped the Mountain Hawks achieve the best scoring margin in the Patriot League during the 2021-22 season at 8.9 points. Lehigh scored a league-best 69.0 points per game a season ago and held opponents to just 60.1 points in 30 games.

Cresencia will begin her first season on the Lehigh coaching staff in 2022-23 following a season at Quinnipiac, three seasons at Mercer and a year at Princeton alongside Micir on the staff. The Bobcats had a solid 2021-22 season under Cresencia with a 21-12 overall record and a berth in the second round of the WNIT. Three players earned All-MAAC selections under Cresencia’s guidance including Mackenzie DeWees (First Team), Mikala Morris (Second) and Jackie Grisdale (All-Rookie).

Cresencia and assistant coach Kaitlyn Lewis were both named to the ABCA’s Thirty Under 30 Watch List earlier in the spring.

KHN’s ‘What the Health?’: The FDA Goes After Nicotine