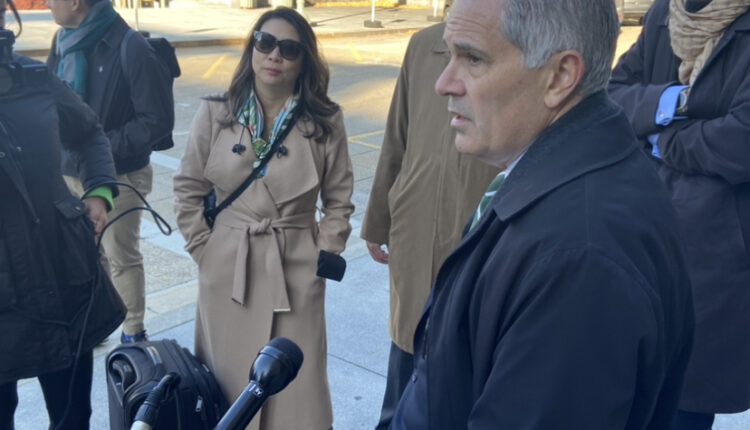 Republicans tried to put crime on the ballot in 2022. Voters didn’t go for it | Opinion

Crime was going to seal the deal for Republicans in Pennsylvania during the 2022 midterm election.  Just like 1994, when then U.S. Tom Ridge clobbered Lt. Gov, Mark Singel with Reginald McFadden the recipient of clemency who committed a murder after his release,

In Pennsylvania’s closely watched U.S. Senate race, Republican nominee Mehmet Oz went after Lt. Gov. John Fetterman for his role on the Board of Pardons. The difference is—Singel’s campaign succumbed to the attacks and Democrat Fetterman’s triumphed.

Why? Despite the claims from Republicans, violent crime in 2022 is nowhere near the problem it was in the 1990s.

Crime as an issue is not new to American politics.  Former President George H.W. Bush interjected Willie Horton into the 1988 presidential election, blatantly stoking fears of crime and race; and in 1992 former Prsident Bill Clinton, departed the campaign trail to oversee an execution in his home state of Arkansas— being tough on crime has been a staple of American politics.

Crime as a hot button issue began in 1964 with Barry Goldwater. The GOP nominee for president introduced the concept of crime as a divisive, fear mongering issue and America has never been the same.

When Republican Richard Nixon was making his second bid for president in 1968 the Civil Rights Act had passed, riots had erupted in cities across the country after the murder of Martin Luther King, Jr., and murder rates had increased 50 percent since 1950.

Race relations were tenuous, at best, and Nixon knew it.  Crime control became a surrogate for race control. And every man and woman in America is still paying for it, in more ways than one.

George H.W. Bush and Clinton made their crime-fighting bona fides known through campaigning and governing — Clinton’s 1994 crime bill is still reverberating through the criminal justice system.

As violent crime plummeted in the first decade-and-a-half of the 21st century, crime lost its allure on the campaign trail . . . until it roared back during 2022 midterms.

However, the fear of crime was not the pathway to success the GOP thought. According to The Associated Press exit poll just 8 percent of voters cited crime as an issue that motivated their vote.

Republicans did not do well in most states were they made crime a big issue. Like in Pennsylvania, other states including Michigan and Minnesota overcame the crime issue.

In Michigan where the GOP attacked Democratic Gov. Gretchen Whitmer for being “soft on criminals” the Democrats swept the statewide offices of governor, secretary of state, and attorney general and took both houses of the state legislature.

In Minnesota, Democratic Attorney General Keith Ellison won reelection despite being a targeted by state Republicans. In Minneapolis, still haunted by the tragedy of George Floyd, a progressive district attorney won big. The Democratic governor also won and Democrats took both houses of the state legislature.

No one disputes that violent crime has increased since 2020.  The increase should not be ignored, but it should be put into perspective.  For instance, according to the Brennan Center, a nonpartisan law and policy organization, between 1991 and 2014, the national murder rate fell by more than 50 percent, from 9.8 to 4.4 killings per 100,000 people.

Although, some urban areas have realized a recent increase in violent crime—again perspective is important. In 1990, New York City had 2,245 murders.  In 2021, there were 485—an increase from the previous year but far from the carnage of the 1980s and 1990s.

New York governor, Democrat Kathy Hocul, overcame a challenge by Lee Zeldin in spite of the constant cry of “out of control crime” from Fox News and the New York Post.

Crime, or the fear of it, will continue to be used as a politically divisive issue. In Pennsylvania, GOP legislators are seeking to impeach Philadelphia District Attorney Larry Krasner — recently re-elected — due to increasing crime rates in the city.

Never mind that the legislators don’t live in Philadelphia or anywhere near it — it’s good political theater.

Matthew T. Mangino is of counsel with Luxenberg, Garbett, Kelly and George. P.C. and the former district attorney of Lawrence County, Pa.   He is the author of The Executioner’s Toll. You can follow him on twitter @MatthewTMangino or contact him at [email protected] His work appears frequently on the Capital-Star’s Commentary Page.

How Optimism Can Close the Medicaid Coverage Gap