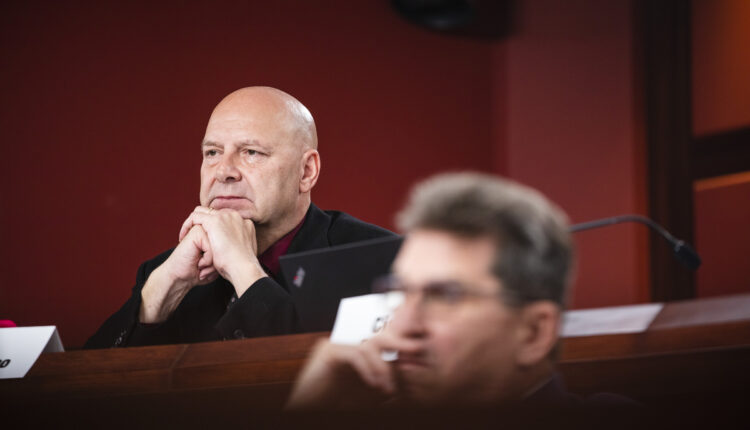 Republican endorsements of Shapiro could give conservatives cover to reject Mastriano, analysts say

Since July, more than a dozen prominent Republicans, including two former congressmen, and a former secretary of homeland security, have crossed partisan lines to endorse Democratic gubernatorial nominee Josh Shapiro.

Implicit in their approval of Shapiro’s experience as a legislator and attorney general, policy positions and bipartisan accomplishments is a repudiation of Republican nominee Doug Mastriano, who surprised party leaders with a commanding victory in the crowded May primary.

Mastriano, a state senator from south-central Pennsylvania, is campaigning on a far-right platform that includes further restricting abortion access, cutting public school funding, and the promotion of conspiracy theories about the 2020 election and the COVID-19 pandemic.

Present at the U.S. Capitol during the attempted insurrection in January 2021, Mastriano has since been identified as a key player in the conspiracy to throw out the 2020 presidential election results by presenting an alternative slate of electors to Congress.

“All that adds up to someone who is prepared to undermine democratic choice to get what he wants,” said former U.S. Homeland Security Secretary Michael Chertoff, under President George W. Bush, who is one of 16 former Republican officials from county to national levels to endorse Shapiro. “This is someone who shows an antipathy to the core values of the country and undermines democracy.”

Whether the endorsements of Shapiro or condemnation of Mastriano will persuade die-hard Republican voters to choose Shapiro over Mastriano won’t be clear until the election Nov. 8. But pundits say it may put a significant obstacle along Mastriano’s only path to victory.

In a recent Franklin & Marshall College poll, Shapiro held an 11-point margin over Mastriano, who also lagged behind Shapiro in the share of voters from his own party who supported him. Shapiro also has a 40-24 percent lead among undecided voters.

Both candidates are trying to broaden their appeal, said Millersville University political analyst Terry Madonna, and the votes they need to secure are suburban Republicans around Pennsylvania’s largest cities.

“It sends a signal that if you’re not comfortable with the choice you don;t have to vote for them,” Yost said.

Heckler said he genuinely admires Shapiro for his ability to bring people from both parties together to govern. Heckler said as district attorney, he worked with Shapiro when Shapiro became chairperson of the Pennsylvania Commission on Crime and Delinquency in 2015. Together they implemented recommendations of the taskforce Heckler had chaired in the aftermath of the Penn State sexual abuse scandal.

“Watching him deal with a number of the issues … impressed me that he was being serious-minded and that he was evaluating the matters on the basis of what was proper policy – what was good for the commonwealth – rather than what’s going to get us votes,” Heckler said.

That’s a stark contrast with Mastriano, whom Heckler describes as the sort of politician empowered following former President Donald Trump’s election who is not serious about citizenship.

“I expect the people who seek Americans’ votes to be a little more serious. To give some thought to the implications of what they’re doing,” Heckler said.

From Mastriano’s persistence in his baseless claim that the 2020 election was stolen to his refusal to engage with local Pennsylvania news outlets and barring reporters from many of his campaign events, Mastriano is cut off from reality, Heckler said.

“Obviously what he wants to tell his supporters is not something he wants the general public to hear,” Heckler said. “The only way you can keep talking about this is if you’re in some sort of feedback loop where you cut off cross communication with the general public.”

Heckler said he’s confident that a “hefty chunk of Pennsylvanians” who are fiscally and socially conservative and who care about law and order, but also care about personal freedom will reject Mastriano.

Mastriano’s no-exceptions proposal to cut off abortion access after six weeks, before many people know they are pregnant, may be particularly galling for those voters in the wake of the U.S. Supreme Court’s decision overturning Roe v. Wade, Heckler said.

“Voters who don’t want their lives messed with will be in play this time,” Heckler, who was elected as a pro-choice Republican, said.

Chertoff said Mastriano’s embrace of “the Big Lie,” his assertion that as governor he would decertify the state’s election machines and his power, if elected, to select the secretary of state, are worrisome given Pennsylvania’s growing prominence as a presidential swing state.

“If someone can rig the game as far as not having fair elections that has national consequences,” Chertoff, who lives in Washington, D.C., said of his decision to get involved in the Pennsylvania governor’s race.

Mastriano’s indications that he would interfere with Pennsylvania’s electoral process flies in the face of a fundamental tenet of the Republican party that you accept the democratic process and the rule of law, Chertoff said.

“If we’re going to have a future as a country, both parties are going to have to realize that while you want to win elections, you have to accept the will of the voters and not come up with bogus excuses to change the outcome,” Chertoff said.

Mountain Hawks To Open 2022 Season Friday Night At No. 5/6 Villanova