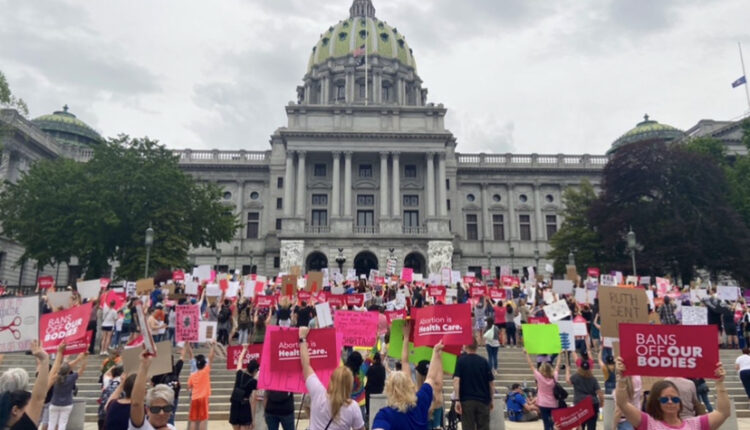 Reproductive coercion is a form of domestic violence | Denise Johnson

By Denise A. Johnson

Domestic violence is a public health issue.  Last year in Pennsylvania, 112 individuals died as a result of domestic violence incidents. Thousands of reports are made annually, but most incidents are not reported. Victims endure mental, emotional and physical abuse. These traumas can result in long lasting chronic health conditions including depression, substance use disorder, sexually transmitted diseases, and more.

You might wonder why victims don’t just leave the abuser?  It’s harder than you think. Many victims feel trapped by fear for their safety or the safety of their children or family.  Many are controlled financially and emotionally by being isolated from family and friends or other supports, or denied access to money or other resources.

Some abusers use reproductive coercion to maintain power in the relationship by sabotaging their contraception methods or pressuring them into pregnancy. These acts of partner coercion and domestic violence can lead victims into unwanted or unhealthy pregnancies.

Did you know that individuals in an abusive relationship have increased risks of unintended pregnancy and are more likely to need abortion services? Unintended pregnancies can also create additional financial hardships that make it harder to access abortions, which can trap women in violent relationships during pregnancy – a time when abuse often escalates.

According to the Pennsylvania Coalition Against Domestic Violence, the increased risks are even greater for Black pregnant people or those under 20 years old. People with unintended pregnancies are also two to four times more likely to experience physical violence than those with planned pregnancies.

As an OB/GYN physician for many years, I know that pregnancy can be a risky undertaking. An individual risks health outcomes that may be long lasting and include death.  Many barriers to care already exist, and access to reproductive services should not be another barrier to preserving health or escaping and finding freedom.

Any further restrictions preventing someone from accessing the full range of reproductive care could harm a person’s bodily autonomy and overall health. Bans on abortions and forced pregnancy can be dangerous to maternal health and may increase chances of mothers dying during or after pregnancy.

States which have more restrictive abortion laws were shown to have higher rates of maternal mortality than states that either had protective or neutral positions towards abortion.

Every loss is tragic, and we continue to build supports and strengthen the resources available to prevent the occurrence of maternity mortality in Pennsylvania.

I want to ensure all Pennsylvanians know that, as of now, reproductive health care services, including abortions, remain safe and legal in Pennsylvania. The Wolf administration is committed to protecting Pennsylvania’s vulnerable populations at all times, including those victims and survivors who are affected by domestic violence.

Let’s not let pregnancy mortality be another unintended consequence for victims of domestic violence.

Please know that if you are currently experiencing domestic violence, there is hope. You can contact the National Domestic Violence Hotline 24 hours a day, 7 days a week at 1-800-799-7233. There are people ready to listen and, in Pennsylvania, you have access to the full range of reproductive healthcare services.

Lehigh Rolls to Victory Over Bloomsburg