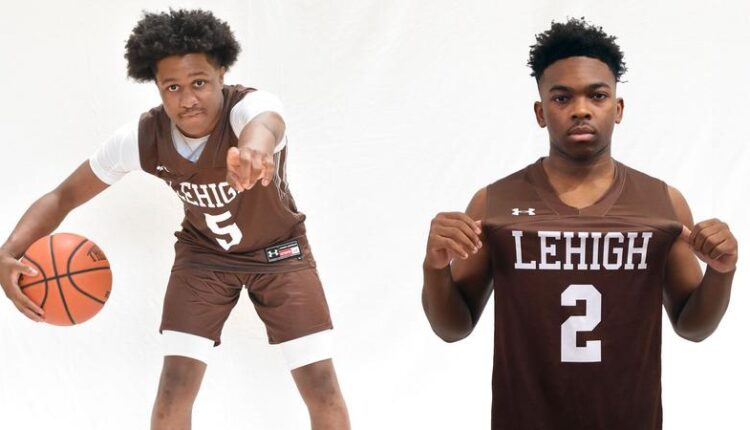 Reed Announces Gillus and Whitlock as Newcomers in Class of 2027

BETHLEHEM, Pa. – Lehigh head men’s basketball coach Dr. Brett Reed announced the signing of Cameron “Cam” Gillus and Nasir Whitlock as members of the class of 2027. Both guards will be look to add depth and skill to the Mountain Hawks’ front court.

“We welcome Cam to Lehigh. Cam’s quickness could be instrumental in pushing the tempo in transition, creating advantages through dribble penetration and should allow him to bring a strong defensive presence on the ball,” commented Reed. “Cam was very thoughtful about finding both an excellent basketball opportunity as well as academic institution and thus was drawn to Lehigh. I’m pleased that I will be able to share in his collegiate career.”

Whitlock is a 6-2 guard from Plymouth, Minn. and DeLaSalle High School that averages 23 points, five rebounds and five assists per contest. He’s an all-conference recipient during his sophomore and junior seasons, on top of being selected to the All-State first team. A preseason All-State selection, Whitlock is a three-time section champion and state runner-up during his career as a three-year varsity starter and two-year captain.

“We are very pleased to have Nasir join our program. He is a gifted scorer whose offensive skills should translate well to our philosophy,” stated Reed. “He brings a solid combination of ball handling ability and creativity to our perimeter positions. He is a bright young man who has a passion for basketball as well as his I desire to get a great degree from an excellent university. The fit for both Lehigh and Nasir became apparent. I look forward to working with him over his undergraduate career.”

Lehigh returns to action on Monday, Nov. 21 when the Mountain Hawks travel to Loretto, Pa. to take on Saint Francis (Pa.) at 7 pm The game will be broadcast on NEC Front Row and Fox Sports Radio at 94.7 FM and 1230 AM.

Beyond the gridiron: what The Rivalry means to Lehigh sports