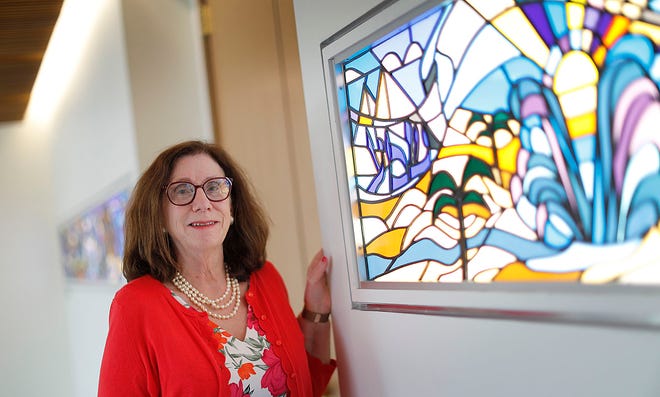 Rabbi Shira Joseph retires after 27 years in rabbinate, 19 in Hingham

IN THE NEWS: Joseph is retiring after 19 years as a rabbi at Congregation Sha’aray Shalom in Hingham. She has been a rabbi for 27 years.

NOW YOU KNOW: Rabbi Joseph was given the name “Shira” from a friend at camp as a teenager and has used the moniker ever since.

HER STORY: Rabbi Sheryl “Shira” Joseph describes herself as a religious, liberal Jew and part of the Reform movement. She said she’s felt the call to be a rabbi since she was 9 years old.

She recalls walking down the halls at the Hebrew school and overhearing a teacher talk about the Holocaust. She had a sudden “flood of emotion” and began weeping. She ran into Rabbi Z. David Levy’s office.

“He scooped me up. I said, ‘How could they do that? How could they kill all those people?’ He said, ‘You know, there are bad people, and you’re safe,'” Rabbi Joseph said. “And I stopped dead, stopped crying. And I said, ‘I have to be a rabbi.'”

At the time, there were no female rabbis, as 9-year-old Joseph pointed out to Rabbi Levy.

“He said, ‘Well, one day there will be and you will be amongst them,'” Rabbi Joseph said.

After 27 years in the rabbinate and 19 years serving Congregation Sha’aray Shalom in Hingham, Rabbi Joseph will retire June 30.

She grew up in Morristown, New Jersey, attended Jewish camp and was a bar and asked mitzvah tutor at her temple.

She graduated from high school in 1974 and from Rutgers University in 1977, both a year early. She pursued her master’s degree at Lehigh University and became a reading specialist for middle and high school students. She was married at 20 and has three children, Shayna, Samantha and Lauren.

At 34 years old, she and her family moved to Jerusalem so she could complete her one-year residency requirement. She left early because of the Iraq invasion of Kuwait in 1990.

She commuted six hours a day from Allentown, Pennsylvania, where she lived with her family, to Hebrew Union College Jewish Institute of Religion in New York City for four years to complete the graduate program.

She was a rabbi at the Shir Ami congregation in Bucks County, Pennsylvania, for nine years before becoming Congregation Sha’aray Shalom’s first female rabbi.

During her time serving Sha’aray Shalom, she traveled to Germany and Poland with congregants to walk through the former concentration camps and took confirmation students to Washington, DC, to learn how to advocate on Capitol Hill. She said there were “sadder times,” when members of her congregation died, but also many joyful weddings and baby namings.

“You just feel so lucky. While I have had my share of sorrow in losing people that I loved in the synagogue, I have also had more blessings to fill a cup to overflow,” Rabbi Joseph said.

About four years ago, Rabbi Joseph and her husband started the Rabbi Shira H. Joseph Holocaust Fund. The fund supports a no-cost trip to the Holocaust Museum in Washington, DC, for Hingham teachers. The money can also be used for books, speakers, online Holocaust education classes and more, Rabbi Joseph said.

The COVID-19 pandemic helped Rabbi Joseph realize that “life is really fragile,” she said. She is choosing to retire after 19 years to be with her family.

“I told the congregation … 19 is actually a full cycle on the lunar calendar. It takes 19 years for the calendar to right itself again,” Rabbi Joseph said. “So 19 was perfect.”

She won’t be leaving Sha’aray Shalom just yet. She will serve as its first rabbi emerita and will fill in during services if needed and potentially teach a class.

More: Hingham’s Fourth of July fireworks to return this summer after 3-year hiatus

“I believe like I did as a little girl,” Rabbi Joseph said. “I believe I was called and called to serve in Hingham, and I count my blessings every day for being able to do, really, this holy work.”

Congregation Sha’aray Shalom is a Reform Jewish community that provides Beit T’Fillah (worship), Beit Midrash (study) and Beit Knesset (assembly) for the celebration and preservation of Jewish heritage and the vision of the congregation’s founders.

Thanks to our subscribers who help make this coverage possible. If you are not a subscriber, please consider supporting quality local journalism with a Patriot Ledger subscription. Here is our latest offer.

Warner Bros. Discovery’s pick of Silberwasser a shock to many