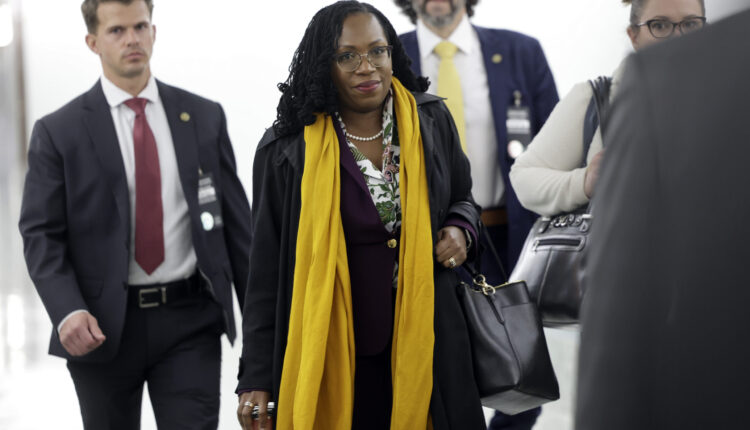 Public defenders are the bedrock of our legal system. How Tom Cotton damaged that | John L. Micek

Since it seems to have become something of a thing of late, here’s what the Sixth Amendment to the U.S. Constitution says about the right to an attorney and the right to a fair and speedy trial:

“In all criminal prosecutions, the accused shall enjoy the right to a speedy and public trial, by an impartial jury of the state and district wherein the crime shall have been committed, which district shall have been previously ascertained by law, and to be informed of the nature and cause of the accusation; to be confronted with the witnesses against him; to have compulsory process for obtaining witnesses in his favor, and to have the assistance of counsel for his defense.”

You will note that the nation’s foundational document does not say you get to “have the assistance of counsel” for your defense unless you’re an accused terrorist, or a Nazi, or, even if you’re Attila the Hun and you’re fresh off sacking some far-flung province of the Roman Empire.

Nope. You have the right to an attorney. Period. And, as further case law dictates, if you “cannot afford an attorney, one will be provided for you.” It’s legal chapter and verse that every American, raised on a steady diet of Law & Order reruns, knows by heart.

Unless, of course, you’re U.S. Sen. Tom Cotton, R-Ark., a 2002 graduate of Harvard Law School, who took Judge Ketanji Brown Jackson to task on the Senate floor earlier this week for her previous work as a federal public defender.

As a refresher, the Biden White House’s Supreme Court pick represented Guantánamo detainees — which, as a federal public defender, is something her job required her to do under the U.S. Constitution.

Then, Cotton, a “no” vote on Jackson’s nomination, who almost certainly knows better, but wasn’t above a bit of posturing for the cameras, went one better, and brought up the late U.S. Supreme Court Justice Robert H. Jackson, who served on the court from 1941 until his death in 1954.

“You know, the last Judge Jackson left the Supreme Court to go to Nuremberg to prosecute the case against the Nazis,” Cotton appallingly said, according to the Washington Post. “This Judge Jackson might have gone there to defend them.”

Cotton was half right, according to the Post. The late Justice Jackson did step away from the high court to prosecute Nazis for war crimes at the Nuremberg tribunals. But he not only also supported the defendants’ right to counsel, he also played a key role in helping to enshrine the right to a defense lawyer into international law, the newspaper reported.

But let’s assume for a moment that Cotton was in earnest and wasn’t simply a wingman in the GOP hit squad that has worked to tank the nomination of the first Black woman to the U.S. Supreme Court.

Embedded in his comments were the assumption that there is something wrong with an attorney carrying out their constitutionally charged duty to provide an effective defense of someone accused of heinous crimes. It’s the same hope we all harbor if, God forbid, we ever find ourselves in the dock: That our attorney will work as hard, and impartially, as humanly possible, to secure a favorable verdict on our behalf.

If Cotton’s statements were merely a cynical aberration, that would be one thing.

But Republicans, who have tried to claim the mantle of defenders of the Constitution, and whose members have often bragged about keeping a miniature copy with them at all times, have, in the words of the Post’s Aaron Blake, “an increasingly novel relationship” with the document that James Madison and the Founders pulled together in Philadelphia in 1787.

What’s particularly dangerous about  the attacks from Cotton, a onetime clerk for the Fifth Circuit of the U.S. Court of Appeals, is that they also deal a body blow to a foundational part of our legal system. .

They also make life harder for those many public defenders, both federal and local, whose names the public will never know, who carry out critical work in courthouses across the country every day.

Over my years as a journalist, I’ve come to know many public defenders. To a person, they have been deeply committed and intelligent, are often very funny, and utterly dedicated to the law. Their backgrounds have encompassed every part of the American experience. And, to my knowledge, not one has ever said, “Hooray, I get to represent terrorists and murderers today.”

Instead, they’ve taken on their usually hopeless assignment, often for very low pay compared to their colleagues across the legal trade, and they’ve done the best they can with it. Sometimes they win. More often, they lose. But they keep showing up for work.

Because that’s what the Constitution demands of them. And that’s how we hope our best public servants will act.