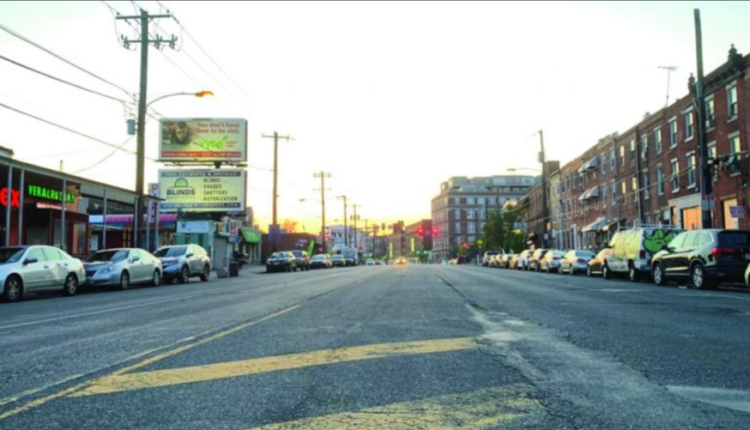 During a contentious meeting Tuesday evening at the Christian Street YMCA, that was over capacity, city Deputy Managing Director for Transportation Mike Carroll, presented the “mixed-use” plan of the Office of Transportation and Sustainability (OTIS) to the public.

According to the plan, Washington Avenue will be reconfigured from its current five lanes, to a mixed-lane layout between 4th Street and Grays Ferry Avenue, as part of a repaving project scheduled for later this year. The avenue will include five-, three- and four-lane portions.

“The meeting showed that there is a definite concern regarding the changing of the South Philadelphia community and the future of Washington Avenue,” City Councilmember Kenyatta Johnson said. “You had long-term residents who had issues and concerns about the process and also the proposed plan.”

“I do believe that everyone wants to have a safer Washington Avenue, but what it looks like is still up for debate,” Johnson said. “I will be having a followup conversation with the Office of Transportation, Infrastructure and Sustainability just to gauge their feedback from yesterday. Are they going to make any additional recommendations are changes based on the feedback they have heard?”

Each part of Washington Avenue is very different demographically.

In the Point Breeze neighborhood, many longtime residents are people of color along with the businesses that serve them, said Claudia S. Sherrod, president of Point Breeze Community Network Plus.

And they tend to be concerned about gentrification and the perception that the city ignores them.

“The city was very rude they gave us what they gave us and were supposed to accept their version. We are not going to accept this will take it up with City Council,” Sherrod said. ”We’re going to take up the rest of this re-design right there. We would like Washington Avenue to remain the same. Our opinion is redesign is gentrification! We have been denied equity and inclusion.”

This neighborhood, she said, have been fighting for improved safety for many years.

That group favors the three-lane proposal with more bike lanes.

According to Carroll, the plan reduces the pedestrian crossing distance to 33 feet or 40 feet on most blocks, compared with 50 feet at present. It assumes a minimal amount (5%) of cars being diverted to other parts of the neighborhood. In addition, the plan improves protection for bicycles and provides “safe bus boarding islands in up to 24 locations.”

Out of 22 blocks from 4th Street And Grays Ferry Avenue, the mixed option will incorporate the following cross sections and protected bike lanes:

But it seems that not many liked the plan on either side.

“Yesterday they found a way to upset 100% of both sides,” said Pechaceck, who manages his family’s business CK Auto Image at 718 Washington Ave. “Everyone was in an uproar. It was chaotic to say the least. I dislike it more than the original three-lane plan. “It doesn’t really make sense to me. It just makes it confusing.”

The three- and the four-lane plans have the same amount of merges.

“Every bit of the planning for the ‘road diet,’ says merges should be avoided at all costs,” Pechaceck said. “Why would we take a plan with more merges?”

But he is more concerned that efforts to slow down traffic on the avenue will result in drivers avoiding it, which will cause businesses that rely on traffic to suffer.

“The term ‘traffic calming’ for us is really another way of saying traffic jams,” Pechaceck said.

A lifelong resident of South Philadelphia, Johnson said, “I am going to also continue to listen and have conversations with the community leaders, residents and registered community organizations, prior to making the final decision before the legislation goes before Council. Ultimately we want to see a plan that is reflective of the diverse community of constituents that reside in the 2nd Councilmatic District.”