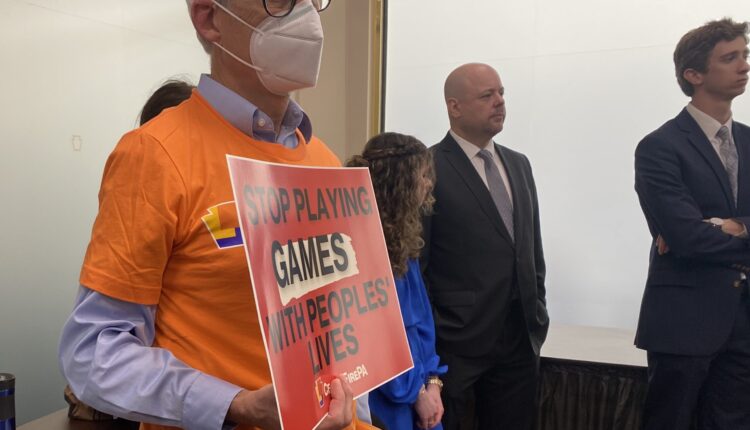 With a series of gun-violence reduction bills bottled up in a House committee, it’s a safe assumption that another legislative session is going to come and go this year without lawmakers taking a serious crack at ending the epidemic of gun violence across the commonwealth.

Yes, the Republican-controlled General Assembly did add money for prevention and mental health programs to the $45.2 billion budget that Democratic Gov. Tom Wolf signed into law earlier this month.

But as the Capital-Star has previously reported, more substantive, and broadly popular reforms, including a red flag law, an assault weapons ban, and expanded background checks, still remain undone.

All are key to preventing gun violence before it happens.

So it’s a small measure of comfort that one Philadelphia lawmaker is trying to give the hardest-hit Pennsylvania counties some additional tools to confront the gun violence in their midst.

Earlier this week, Democratic state Rep. Jared Solomon began seeking co-sponsors for a measure authorizing the creation of gun violence task forces that would back up local law enforcement, as they’re needed.

And the need is in the numbers, Solomon argued to his House colleagues.

“According to the Gun Violence Archive, there have been over 450 firearm deaths and over 1,200 firearm injuries in Pennsylvania since the beginning of the year,” he wrote.

“A proven method to combat gun violence is the gun violence task force model comprised of attorneys and field agents that supplement local law enforcement in their efforts to combat firearm crimes,” he continued.

The task forces only would be triggered (pardon the bad, but no less applicable, pun) when “gun violence reaches a certain threshold level,” Solomon wrote.

The joint state and local task forces would be responsible for investigating and prosecuting gun crimes, Solomon wrote, adding that the state Attorney General’s Office would be given concurrent jurisdiction over cases as appropriate.

“To maintain transparency and determine the effectiveness of these task forces, the Attorney General will be required to make annual reports on the operation of the task force, the number of convictions and arrests, and the number of firearms seized by each task force,” Solomon wrote.

Last December, for instance, the Biden administration touted the federal government’s efforts to buttress local law enforcement across the country as it fought gun violence.

That effort between the Philadelphia District Attorney’s Office and the state Attorney General’s Office has resulted in the seizure of nearly 3,300 guns since its formation.

Transplanting that model to other jurisdictions that need it makes sense, said Adam Garber, the executive director of the Philadelphia-based gun violence reduction group, CeaseFirePA.

“We know we have high rates of gun homicides in many corners of the state. While [Republican] leadership continues to single out Philadelphia, they should start with their backyard,” Garber said, adding that smaller cities such as Harrisburg, Reading and Lancaster are contending with their own gun violence challenges.

“I think if we’re going to say there is a gun violence problem, we should recognize and bring those solutions to every corner of the commonwealth,” he said. 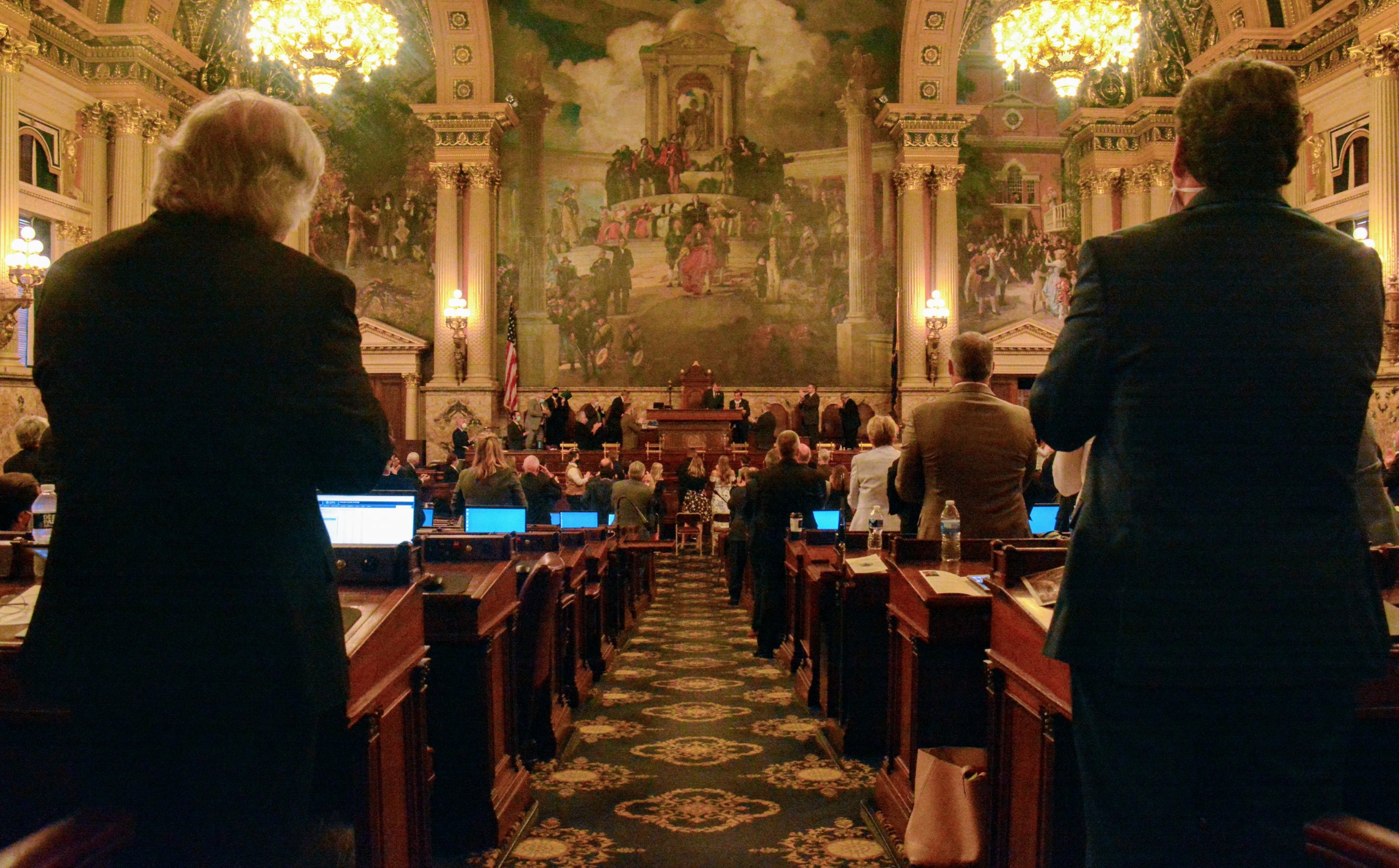 Our Stuff.
Despite some tough economic headwinds, most state budget experts aren’t worried, our friends at Stateline.org report.

An intramuscular version of the overdose-reversal medicine Naloxone has been added to Pennsylvania’s standing order to put the life-saving drug in the hands of the public and first responders. Cassie Miller has the story.

In Pittsburgh, Planned Parenthood workers say they need more resources and support to keep up with a demand for services, our partners at Pittsburgh City Paper report.

The Community College of Philadelphia will offer a non-credit course in commercial truck driving to address a nationwide shortage in drivers, our partners at Philadelphia City Paper report.

On our Commentary Page this morning: Memorize the 988 hotline number. You’ll save a life, Steve Corbin, a professor emeritus of marketing at the University of Northern Iowa, writes. And these are the things that Congress and President Joe Biden can do right away to fight climate change and help Appalachia, former Pittsburgh City Councilmember Natalia Rudiak writes. 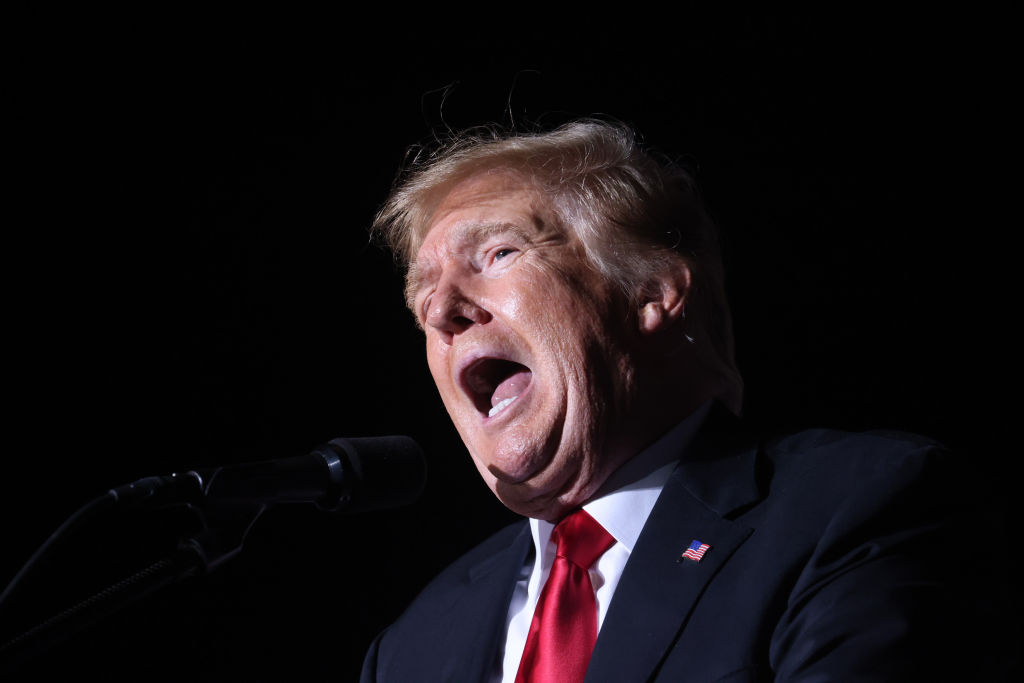 The House’s Jan. 6 committee will focus Thursday on Donald Trump’s refusal for hours to call off the rioters storming the U.S. Capitol. (Photo by Scott Olson/Getty Images)

Elsewhere.
‘Stop the Steal’ Republicans are on the ballot in Pennsylvania this year, and could win more power, the Inquirer reports.

And Jewish Democrats are warning Republicans there’s ‘no coming back’ from their support for Mastriano, WHYY-FM reports.

In Lancaster County, a new coalition says it wants to educate the public on the truth of such hot-button school issues as transgender students in athletics and book bans, LancasterOnline reports.

USA Today explains how menthol cigarettes were purposefully marketed to Black Americans for decades (via the York Daily Record).

In NEPA, PennDOT wants to add a third lane to I-81 between Wilkes-Barre and Hanover townships, the Citizens’ Voice reports.

12:30 p.m., Harrisburg: The Dept. of Health observes World Hepatitis Day and how to treat and prevent it.