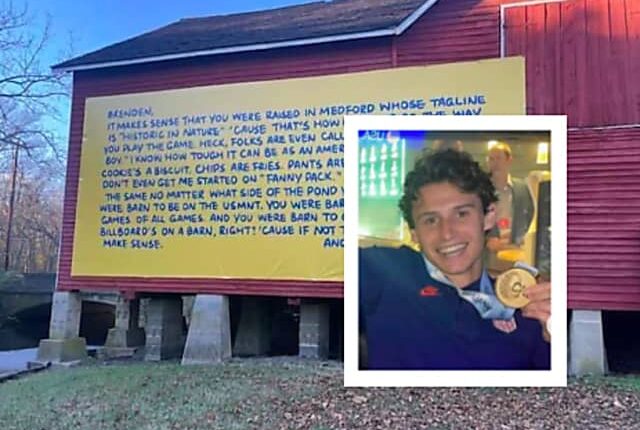 US Men’s Soccer star and New Jersey native Brenden Aaronson is just days away from the 2022 World Cup kicks off in Qatar.

The 22-year-old midfielder from Medford who last week was announced on the World Cup roster is seeing support from miles and miles away — including a billboard from Ted Lasso.

The mustached, American coach from the AppleTV show has been hanging billboards with personalized messages to each USMNT player in their hometowns.

Aaronson’s is hanging on the Kirby’s Mill barn.

Nicknamed the “Medford Messi” by fans, Aaronson moved to Leeds, England from Red Bull Salburg in a $30.2 million transfer.

He plays for the Premier League club Leeds United but, back in the US, was selected to the Philadelphia Union’s YSC Academy before committing to Indiana University and later Bethlehem Steel FC.

The USMNT’s first game is on Monday, Nov 21 vs. Wales at Ahmed bin Ali Stadium at 2 pm

The Player-Coaches of Addiction Recovery Work Without Boundaries