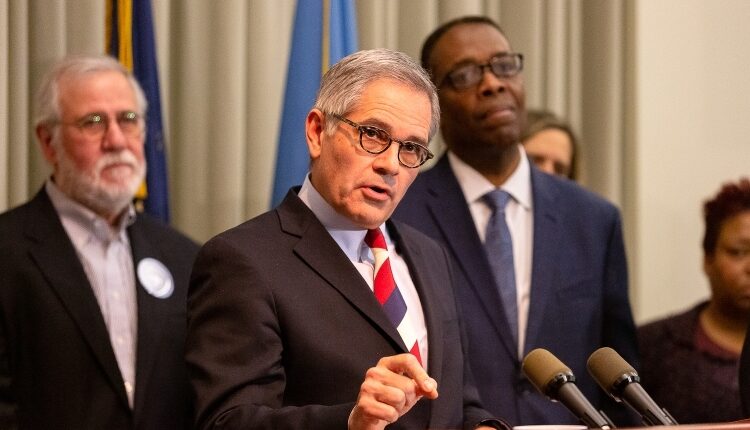 Pennsylvania House Republicans said Tuesday that select committee hearings on rampant crime in Philadelphia will proceed despite District Attorney Larry Krasner saying he will not respond to a subpoena from the panel.

Krasner, a progressive Democrat reelected to a second term last year, told The Philadelphia Inquirer in an interview Tuesday he will not comply with the demand for documents from the committee established to investigate his office and find evidence in support of his impeachment.

“It is profoundly troubling that the District Attorney of Philadelphia is objecting to a bipartisan legislative effort to consider how public safety in the city can be improved to ensure residents and visitors are safe,” Jason Gottesman, press secretary for House Majority  Leader Kerry Benninghoff, R-Centre, said in a statement.

“Rather than work with the committee and take the opportunity to share his views on how his policies are impacting public safety in the city, the DA has instead chosen to litigate the matter in the press,” Gottesman said in the statement.

The state House voted to form the Select Committee on Restoring Law and Order in June. Although supporters of the resolution establishing the committee said it would focus on crime across the state, the vote followed a mass shooting in Philadelphia in which three people were killed and at least 11 injured.

Earlier this year, Sen. President Pro Tempore Jake Corman, R-Centre, then seeking the GOP nod for governor, called on the House Republican  leaders to initiate impeachment proceedings against Krasner, saying he refused to do his job in the face of surging violent crime.

Sponsored by Rep. Josh Kail, R-Beaver, the resolution passed with a 114-86 vote.Rep. John Lawrence, R-Chester, was selected to chair the committee with Reps. Wendi Thomas, R-Bucks; Torren Ecker, R-Adams; and Reps. Amen Brown and Danilo Burgos, both Philadelphia Democrats, rounding out the panel.

“It is disappointing, but perhaps not surprising, that some have chosen to stonewall the work of the Select Committee,” Lawrence said in a statement. “Bogus attacks against this committee, a committee empowered by a bipartisan majority of the House and acting under clear constitutional authority, are particularly troubling.”

In the Inquirer interview, Krasner called the House inquiry “wholly illegitimate” and an anti-democratic attempt to override the will of Philadelphia voters.

Burgos said Tuesday that committee hearings are expected to begin in early September, but none have been scheduled. A call to Lawrence’s office was not returned.

Although Brown and Burgos both voted against establishing the committee, they told the Capital-Star in June that they welcomed the opportunity to shed light on the root causes of crime in their communities.

“If we want order, that means in my mind to properly fund our schools and to protect the most vulnerable and weak in our communities,” Burgos said.

Firearms & The Future Of Festivals