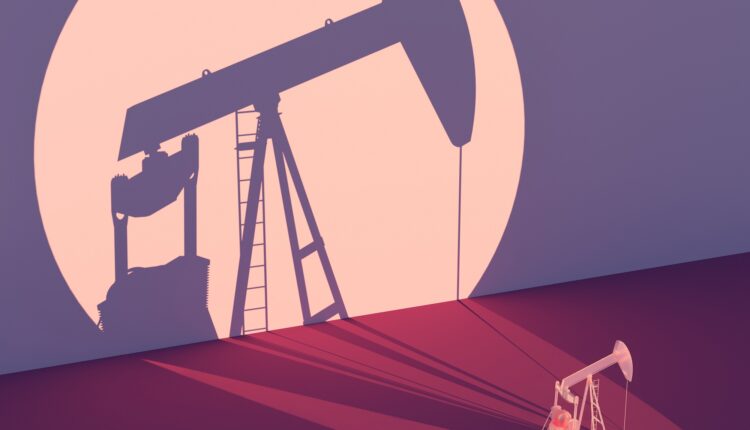 In 2020 the price of oil crashed, even falling to less than zero one day. Traders actually had to pay buyers to get them to take oil contracts off their hands.

Oil companies would prefer not to sell oil unless they can make money off it. Oil companies are just funny that way. So U.S. producers curtailed production. A lot.

Investor pressure did much to stall a rebound in production, and continues to do so. Investors prefer that the oil companies spend their money on dividends and stock buybacks instead of new field development.

In the meantime, OPEC+ is in no rush to bail out the world.

But Russian oil is effectively off the market anyway because traders don’t want to touch it. “Global financial institutions are doing the heavy lifting and blanket banning anything with Russia written on the documentation,” according to an energy analyst with the futures trading firm OANDA. Oil production and sales evidently aren’t as accurately reported as in the U.S., but a British firm that watches the industry estimates that nearly 70% of Russian crude has no buyers.

Combine Russia’s role as a key oil producer with the anxiety over its invasion of Ukraine, and you get traders worrying that oil supply will be further limited, which in turn increases demand and the price. Bullish traders keep buying, betting the price will go higher still.

And all of that’s on top of prices that had already been rising prior to Putin’s war, for reasons noted above.

When Republicans aren’t blaming Biden instead of Vladimir Putin for Putin’s war of aggression, they’re blaming Biden “for not reopening America’s energy sector,” as Adam Laxalt put it the other day.

Laxalt seems to spend most of his time coming up with new and painfully overwrought ways to warn of the existential threat posed by any and all non-Trumpism, so it’s hard to know how much bandwidth he has left to review energy market conditions.

But the Republican claim that Biden has “crippled” (another Laxaltism) U.S. energy production is routinely premised on two Biden administration actions: canceling the Keystone XL Pipeline and pausing new oil and gas leasing on public lands.

As I’ve noted before:

Many and maybe most voters, perhaps only slightly better informed than Laxalt, don’t care about any of the things discussed above. As far as Joe & Jill Voter are concerned, gas prices are high, so it must be the party in power’s fault, and that’s that.

Republicans know – and love – this. Just as they have no credible policy fixes for today’s high prices at the pump, neither do they have any policy for fighting inflation in general. The only solid position the GOP has on rising prices is to hope they stay high enough long enough to assure Democrats lose in November.

The U.S. has about 4% of the world’s population.

The U.S. doesn’t have an oil production problem. It has an oil consumption problem. (I blame Michele Fiore’s F-150.)

Hugh Jackson is the editor-in-chief of the Nevada Current, a sibling site of the , where this column first appeared.

Charts Paint a Grim Picture 2 Years Into the Coronavirus Pandemic