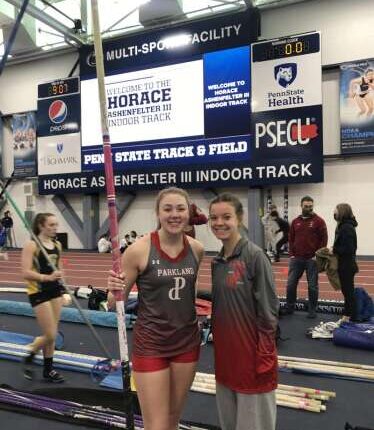 The Parkland girls track and field team realized success last year with a perfect regular season and an East Penn Conference title. Head coach Stephen Ott, entering his third season at the program’s helm, would like to push the rewind button in 2022.

“Our girls are defending EPC champions,” Ott said. “Our goal is to defend that title.”

For that to happen the Trojans will need plenty of determination and effort.

“Nothing is given,” Ott said. “It needs to be earned. We have to continue to work because we know the target is on our backs. Last season’s success should help us. We have some tough meets right out of the gate.”

Ott is known for a glass-half-full approach to coaching, where hard work results in fun for his student-athletes.

“Track and field should be their fun place,” Ott said. “We (the coaching staff) expect a lot of out of them, and we know that it will make them better people on and off the track. My hope is that all of our student student-athletes believe in themselves as much as our coaching staff believe in them.”

The girls should return to a full slate of meets this season after two years of COVID-related issues. The young ladies also are coming off a productive indoor season this winter, which produced individual accolades for two Trojans – Coral Shivok and Madison Bowman.

More accolades this spring are possible. Parkland returns three 4×100 relay team members who placed second in District 11 competition last year. Senior Melanie Lowe, who also competes in hurdles, is joined by juniors Naeema Salau and Ivy Dias as part of what should be a formidable foursome this year.

Bowman, a junior who finished this 20th winter in the state indoor meet in the 60-meter hurdles, is on the cusp of what could be a superlative spring season. Distance runner Lana Hurwitz, a sophomore who finished second in the 1600 at districts is back for her sophomore year. She’ll be joined by two other fine runners – senior Emily Beers and sophomore Madison Seed – to augment the Parkland distance contingent.

Sophomore Chloe Chase is back in throwing events, while jumpers include three sterling seniors – Grace Nation, Madeleine Battista, and Shivok. Nation, who will head to Lehigh University this fall, finished first in the triple jump and second in the long jump last spring at districts. Shivok took 11th in the state indoor meet the in pole vault and second last spring at districts.

Newcomers Elena Wenger, a junior, and Addison Shevlin, a freshman, could surprise this year in distance and spring, respectively.