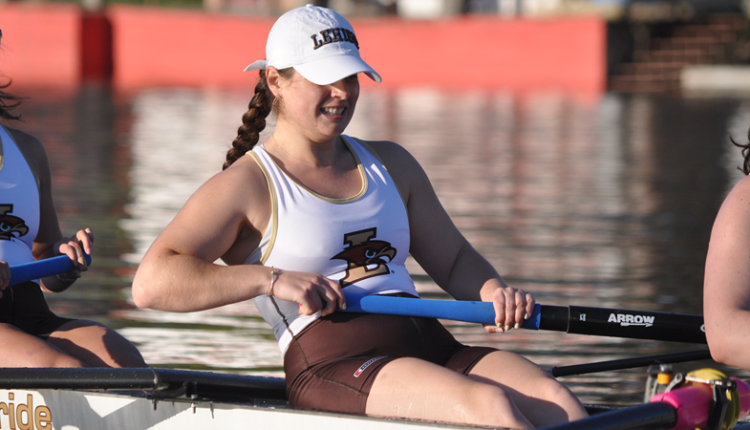 BETHLEHEM, Pa. – Lehigh women’s rowing senior Bella Papov was named to the Academic All-Patriot League Team on Monday for her success academically and athletically. Papov owns a 3.71 cumulative grade point average in Biochemistry and was the Team’s Scholar-Athlete of the Year award winner this spring. She was also the bow seat (1 seat) of the Varsity Eight all spring, including at the Patriot League Championship.

At Patriots, the Varsity Eight finished fourth with a time of 7:04.686, tied for the best finish in program history at the league championship and marking the best finish with nine crews participating (last season, the Mountain Hawks’ V8 finished fourth out of seventh). It marked the closest the Mountain Hawks’ Varsity Eight has ever been to Navy (just over five seconds), an annual Patriot League contender. Lehigh’s Varsity Eight also defeated Georgetown for the first time in program history. Another big highlight for the Varsity Eight this spring was winning Patriot League Boat of the Week on Apr. 20 after beating Colgate by 12 seconds in the morning and Marist by 10 seconds in the afternoon. The V8 also received honorable mention on the weekly honor roll on multiple occasions.

To be eligible for the Academic All-Patriot League Team, a student-athlete must have at least a 3.20 cumulative GPA and be a starter or key player in his/her sport. Freshmen or students in their first academic year at their school are not eligible for the honor.

The spring season saw plenty of highlights for the Mountain Hawks as the program looks to continue raising the bar moving into 2022-23.