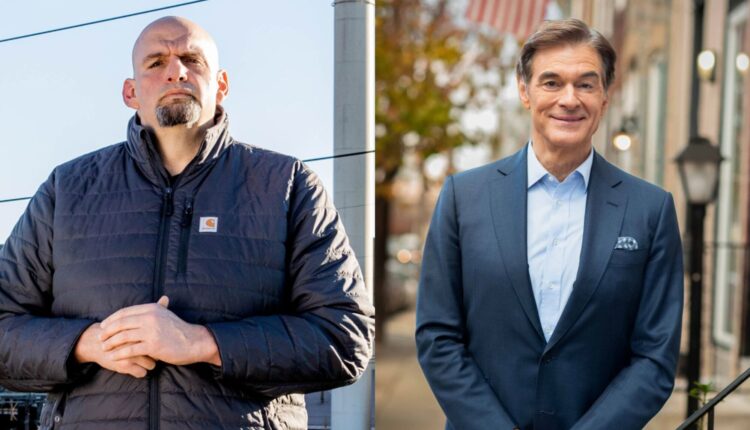 The U.S. Senate race between Democrat John Fetterman and Republican Mehmet Oz was expectedly too close to call Tuesday night as Pennsylvania counties continued counting ballots — a process that could last for days.

As of midnight, 48,938 votes, 1.13 percent, separated the candidates, according to unofficial, real-time results from the Department of State. However, those numbers are likely to change as the count continues statewide.

The unofficial and incomplete results showed Fetterman, who held a watch party in Allegheny County, with 2,130,981 votes against Oz’s 2,082,043.

More than 1.4 million Pennsylvania voters requested a mail-in or absentee ballot ahead of the general election, according to Department of State data. As of noon on Tuesday, the counties had reported roughly 1.15 million — 83 percent — of those ballots were voted and returned ahead of the 8 p.m. deadline.

Counties must report unofficial results to the Department of State by 5 p.m. on Nov. 15.

Speaking briefly in Bucks County at the Newtown Athletic Club, Oz said that when every ballot is counted, he thinks he’ll win the race.

“I have told you many, many times that I believe in you, traveled all over the commonwealth to make that message clear,” the celebrity doctor said, addressing more than 100 supporters during his watch party. “Tonight, you have told me that you believe in me.”

Attendees — campaign staff, volunteers, and donors — in attendance Tuesday night were relatively calm, occasionally cheering for races where Republicans were projected to win were mentioned on Fox News. Carla Sands, who lost the GOP U.S. Senate primary, and Bill McSwain, who unsuccessfully ran for governor in Pennsylvania, showed up to support Oz.