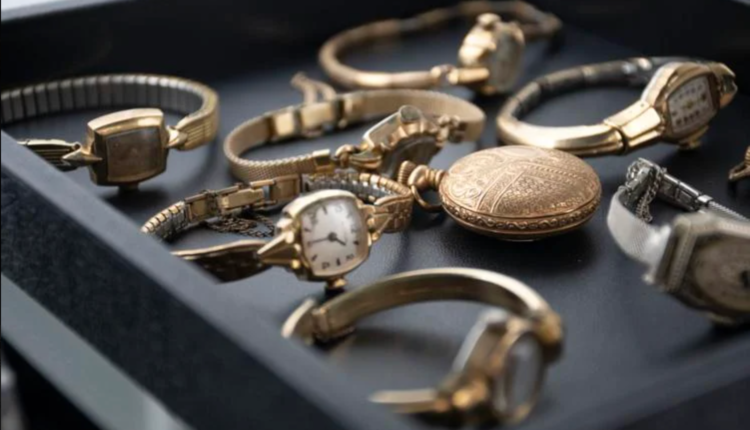 “Our goal is always to return unclaimed property to the rightful owners,” Garrity said in a statement her office released on Monday. “But even though we have the largest working vault in the United States, we need to have auctions periodically to make room for incoming items.”

According to Garrity, all unclaimed property received by her office is held for at least three years while it works to connect with the rightful owner.

“And all auction proceeds will remain available for the owner to claim — whether that happens next month or 50 years from now,” Garrity said.

The Treasurer’s office partners with Pook & Pook Inc. of Downington, Pa., to handle appraising the unclaimed property and for auctioneer services. This week, the items are included in the coins and jewelry auction on March 23{sup}rd{/sup}; and the decorative arts auction March 24. To preview auction items, go the pookandpook.com website.

More than 4,000 items from the treasury’s vault will be available during the auction. Some of the other items up for auction include a 1882, $50 gold certificate; an 18-karat gold chain link bracelet; and a 18-karat gold ram’s head bangle bracelet.

Founded in 1984 by Ronald and Debra Pook, the business started as an outgrowth of the Pook family’s growing antique business, which started about 10 years earlier.

Pook & Pook, Inc.’s offices are about an half hour from Philadelphia in Chester County. It is housed in an old stone inn built in 1761. The company has a modern auction gallery, right next door. Right from its inception, the company’s auctions incited the interest of major museums, estate representatives and serious collectors.

In 1984, Pook & Pook’s first sale grossed $125,000. By 1999, the company had grown, so when it sold a Philadelphia piecrust tea table for $1.4 million, it became the first auction house outside New York City to make such a large amount on one item. In June of that same year, Pook & Pook, grossed more than $4.3 million on its historic William Koch sale, which was one of the largest auction sales in the U.S., at that time.

Currently, Treasury safeguards more than $4 billion in unclaimed property. An estimated one out of 10 people in the state have a claim there. The average value of a claim is $1,500.

For its part, Pook & Pook works closely with Treasury to track and document the sales of unclaimed property items to make sure the proceeds are available when a claimant comes forward. In addition, the two-day auction will include items from other consigners and sellers.

But the Treasury’s items are not separately identified. Treasury employees and immediate family members are prohibited from bidding.