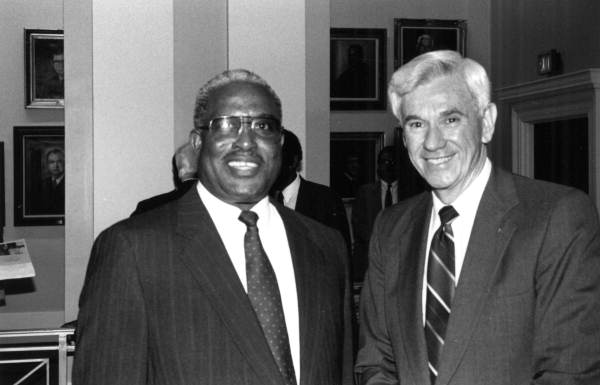 If there’s one thing that more than two decades of covering state government have taught me, it’s that bills renaming bridges, highways, and public buildings in honor of some famous personage are one of the last preserves of bipartisanship.

Not so for the U.S. House of Representatives, who went full “Hold My Beer” late last month, as nearly all the chamber’s Republicans, including eight out of Pennsylvania’s nine GOP lawmakers, banded together to kill a bill that would have renamed a federal courthouse in Tallahassee after the Sunshine State’s first Black state Supreme Court justice.

As the New York Times reported Tuesday, the bill honoring Justice Joseph W. Hatchett had the backing of both of Florida’s U.S. senators and all 27 members of its House delegation. For all the world, its approval looked preordained.

The architect of this utterly unfathomable act, according to the Times, was a right-wing, first-term congressman from Georgia, U.S. Rep. Andrew Clyde.

Ahead of the March 30 floor vote, Clyde started passing around a 1999 Associated Press story about an appellate court’s ruling striking down a public school policy allowing student-approved prayers at graduation, the Times reported.

“He voted against student-led school prayer in Duval County in 1999,” Clyde, a deacon at his Baptist church, told The Times. “I don’t agree with that. That’s it. I just let the Republicans know that information on the House floor. I have no idea if they knew that or not.”

The rest of the House GOP fell in line, including at least on Florida Republican House member who had previously supported the bill, the Times reported.

By the way, if Clyde’s name sounds familiar, it’s because he’s the GOP lawmaker who compared the Jan. 6 insurrection to a “normal tourist visit,” the Times noted. Clyde defended his remarks, even though photos showed him barricading a door to keep those harmless tourists at bay, the Washington Post reported.

Clyde also opposed the Emmett Till Anti-Lynching Act, which made lynching a federal hate crime and voted against recognizing Juneteenth as a federal holiday, according to the Times.

According to an official House roll call, eight of Pennsylvania’s nine Republican lawmakers lemminged off the cliff on the bill. The lone holdout was U.S. Rep. Brian Fitzpatrick, R-1st District, the roll call showed.

In an email, Nick Barley, a spokesperson for U.S. Rep. Fred Keller, R-12th District, told the Capital-Star that the north-central Pennsylvania lawmaker had “concerns” about Hatchett’s ruling in the school prayer case.

A spokesperson for U.S Rep Mike Kelly, R-16th District, declined comment, saying he hadn’t had a chance to talk with the northwestern Pennsylvania lawmaker about the vote.

The Capital-Star reached out to Fitzpatrick, who did not immediately respond to a request for comment.

All nine Democratic members of Pennsylvania’s U.S. House delegation voted in favor of the bill.

U.S. Rep. Dwight Evans, D-3rd District, the only Black member of Pennsylvania’s Capitol Hill delegation, told the Capital-Star in an email that he was “disappointed that far too many House Republicans couldn’t bring themselves to join in honoring an African-American judge who was simply following the law and precedent.”

Ultimately, the bill fell on a vote of 238-187, failing to reach the two-thirds threshold needed for passage, according to the Times.

Hatchett was appointed to Florida’s highest court by then-Gov. Reubin Askew in 1975 after service as a federal prosecutor in Florida’s Middle District, where he became a fighter for civil rights during an era of segregation, the Phoenix reported.

Hatchett was also the first and only African American to win a statewide political race in Florida.

Later, President Jimmy Carter appointed him to the U.S. Fifth Circuit Court of Appeals, and he was reassigned to the 11th Circuit when it was split off in 1981, where he remained until he retired in 1999. He practiced law with a firm in Tallahassee until he retired again shortly before his death, the Phoenix reported. 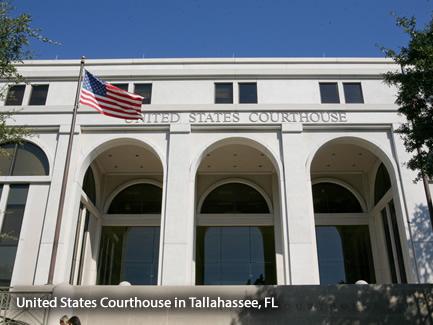 In a related matter, the Democratic National Committee will target Scott next week with a digital advertising buy in Pennsylvania, a spokesperson told the Capital-Star.

The buy is timed to coincide with tax day on April 18. People who search for tax services will be directed to a website criticizing a Scott-penned policy agenda that would raise taxes for a third of Pennsylvania residents.

“Pennsylvanians deserve to know what the Republican tax plan would mean for them – and for more than 35% of Pennsylvanians, it could mean higher taxes,” DNC spokesperson Noelle Rosellini said in a statement. “While Democrats are working to lower costs and make your hard-earned money go further, there’s a good chance you could be paying higher taxes if Republicans get their way.” 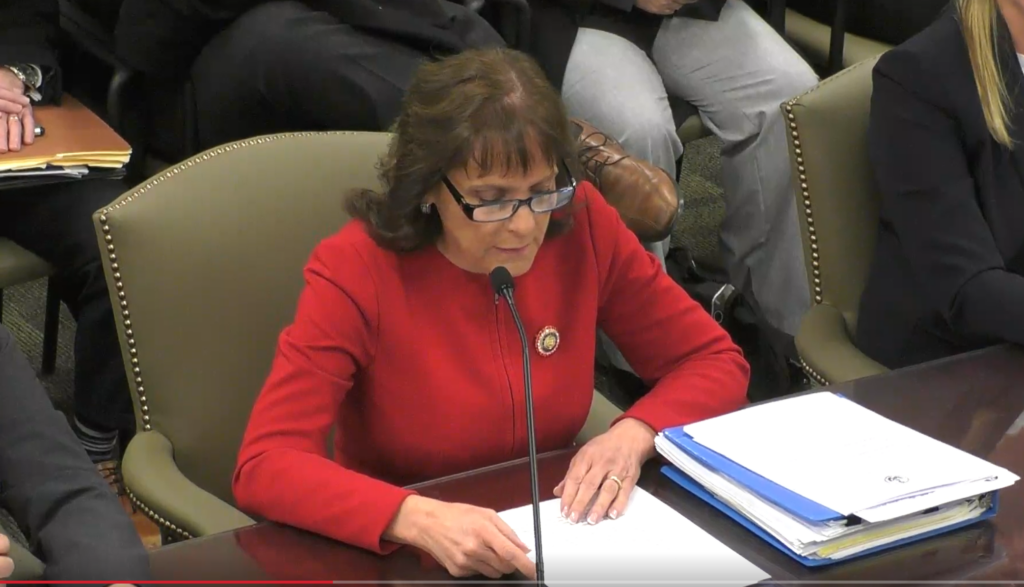 Our Stuff.
The Republican-controlled state House has passed a veto-bound bill that would ban transgender women from competing in women’s school sports teams. Full story by Marley Parish, Stephen Caruso, and Cassie Miller.

Pennsylvania lawmakers could have access to one less perk of the job under legislation that passed the state House on Tuesday. In a 183-16 vote, the Republican-controlled lower chamber voted to ban lawmakers from leasing state vehicles for their own use, Stephen Caruso reports.

Senior Biden administration officials made the case Tuesday for a bill aimed at making the U.S. competitive in the global semiconductor market, saying it would be a boon to Pennsylvania employers and research universities, I report.

Pennsylvania’s volunteer fire departments are struggling. Correspondent Davis Giangiulio looks at what one suburban Philadelphia fire company is doing to save its volunteer corps.

Next door, in New Jersey, state lawmakers are eyeing a tax rebate to help with rising gas prices. And, gasp, you might even be allowed to pump your own gas, our sibling site, the New Jersey Monitor, reports. 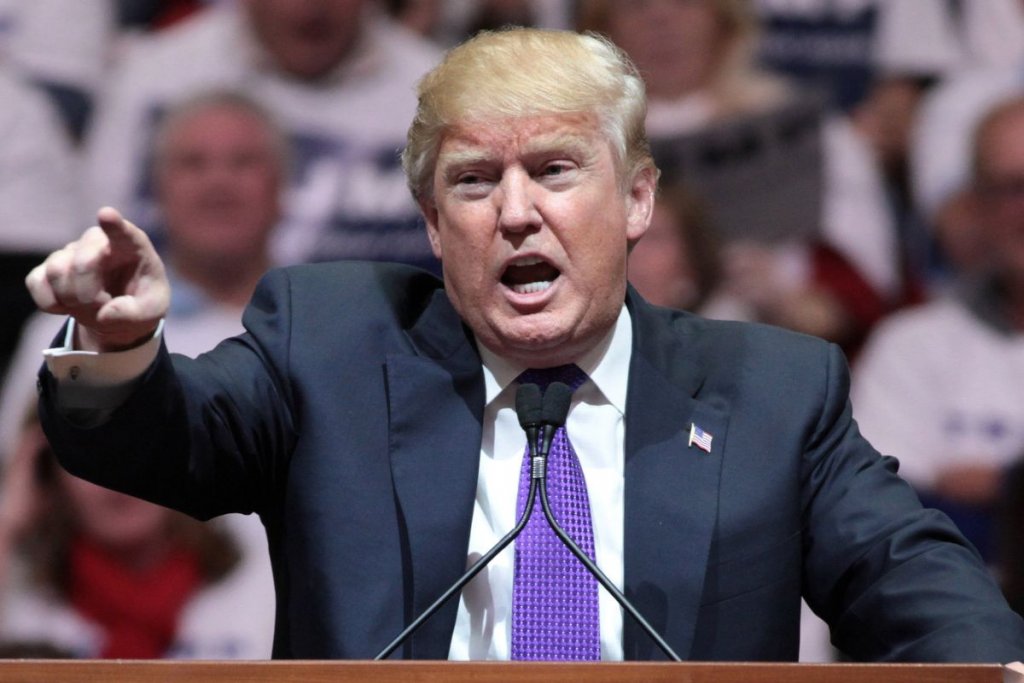 Elsewhere.
The Trump giveth, the Trump taketh away. After endorsing Mehmet Oz in the GOP race for U.S. Senate, former President Donald Trump urged his supporters not to vote for Republican gubernatorial hopeful Bill McSwain, calling him a “coward” for not doing enough to topple the results of the 2020 election. The Inquirer sifts through the debris.

And hours after it looked like he was going to drop out, state Senate President Jake Corman, R-Centre, apparently emboldened by the McSwain body blow, announced he was staying in the GOP primary contest, the Inquirer also reports.

Allegheny County has no plans to follow Philadelphia’s lead and reinstate its own masking rule, the Post-Gazette reports.

The Cumberland Valley School District in suburban Harrisburg will review three books that some say are unsuitable for students, including the iconic ‘The Perks of Being a Wallflower,‘ PennLive reports. State Rep. Barbara Gleim, R-Cumberland, the author of that transgender sports ban, also has jumped into the debate.

Several Lehigh Valley candidates have been bounced from the spring primary ballot. The Morning Call runs it down.

Luzerne County has finally appointed its next county manager, the Citizens’ Voice reports.

The federal bribery case against Philadelphia City Councilmember Kenyatta Johnson is in the hands of a jury, WHYY-FM reports.

Thousands of state residents have applied for mortgage assistance, but few have received aid, WESA-FM reports.

Parents in one Erie County school system are protesting the district’s ‘social/emotional learning plan’ intended to teach kids to get along, claiming it introduces … sigh … critical race theory into the schools, GoErie reports.

The Biden administration’s announcement that it’s expanding ethanol sales is a big hit in the Midwest, Roll Call reports.

WolfWatch
Gov. Tom Wolf holds a 1:30 p.m. newser in the Governor’s Reception Room to talk about his plan to boost jobs and economic development in the state.

Heavy Rotation
Here’s one from Broken Social Scene that, once again, speaks to the vibe in this town. It’s ‘This House is on Fire.’

Wednesday’s Gratuitous Baseball Link
Baltimore dropped a 5-4 decision to Milwaukee on Tuesday. The Os are 1-4 as the new season gets underway. It’s a rebuilding year … right?

‘Are we doing what’s best?’ How one Pa. fire department is trying to save its volunteer service

Lehigh Falls to Army in First Match of the Weekend