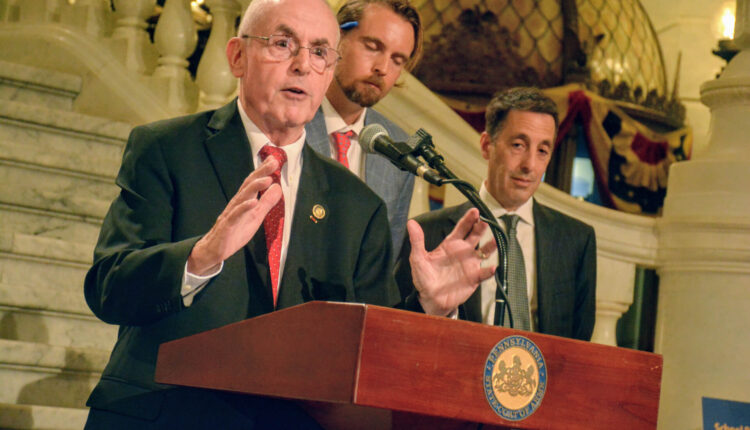 It’s Capital-Star Editor John L. Micek. I’m, back, ready and rested after a week’s break. My thanks to Associate Editor Cassie Miller, who more than ably stepped in last week. Let’s get right to it, shall we?

Advocates have come close over the years — notably in 2015 — but they never have been able to muster the votes to get a reform bill through the House and Senate and onto the governor’s desk.

The biggest obstacle to passage always has been finding the money to replace the tens of billions of dollars in revenue that the property tax currently provides to Pennsylvania’s 500 school districts.

Ryan, R-Lebanon, a former Marine and a CPA, has had his fingerprints on many of those efforts.

And that includes a reform bill that’s been sitting in the House Finance Committee since February that relies on increased sales and income taxes, as well as a tax on retirement income, to replace lost property tax revenue.

But Ryan will call it a career at year’s end. And on his way out the door, he’s decided to give the voters a chance to do what he and his colleagues have not: Eliminate property taxes once and for all.

On Monday, Ryan began seeking co-sponsors for a proposed constitutional amendment whose language “embodies the spirit” of the bill now before the House committee. And should the amendment be approved, Ryan recommended using his current bill as a template for the eventual enabling legislation, he wrote in a memo to his colleagues.

“It’s time to get rid of property taxes and this constitutional amendment allows the voters to decide upon the replacement tax. That has been the shortcoming in the prior effort,” Ryan wrote in his co-sponsorship memo.

Echoing an argument he’s made for years, Ryan pointed out that the tax “disproportionately impacts middle and lower-income residents.”

Shifting to a “sales/income tax” model in his bill “eliminates the regressive school property tax and will serve to eliminate barriers to home ownership,” he wrote.

“The bill will also ensure an improved fair funding formula for each school district and to allow a transition period from the archaic system to a modern school funding model,” he continued.

Once it’s formally introduced, Ryan’s proposal will join a thicket of GOP-backed ballot initiatives, including one, now subject to a state Supreme Court challenge, that would amend the state’s foundational document to declare that there’s no constitutional right to abortion or to public funding for the procedure.

Proposed constitutional amendments must be passed in identical form in consecutive legislative sessions, be publicly advertised, and then approved by the voters in a statewide referendum. There’s no role for the executive branch in the process.

“The time is now to save the Commonwealth from financial bankruptcy and its residents from homelessness,” Ryan wrote in his cosponsorship memo. “The property tax is effectively an asset tax on homes, which for many people is their largest asset.” 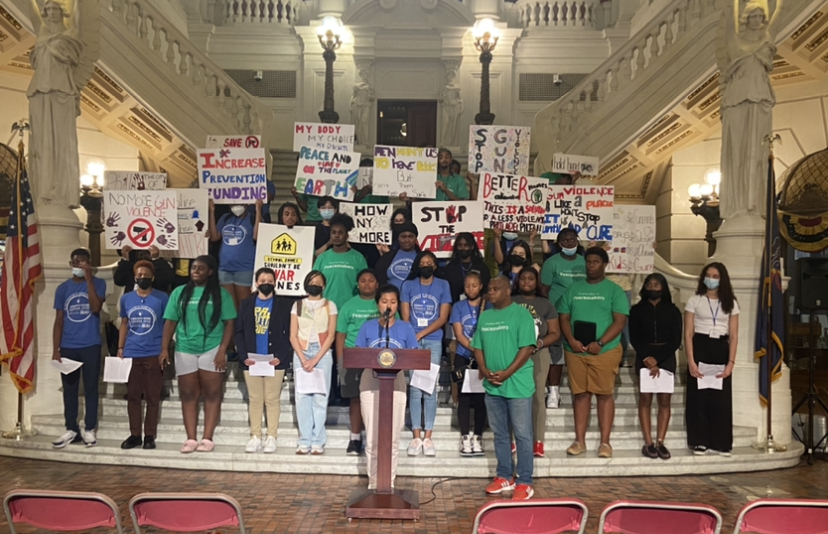 The Wolf administration has encouraged parents and guardians to update immunizations for children ahead of school year, Cassie Miller reports.

On our Commentary Page: The most recent efforts to combat teacher shortages don’t address the real problems. Scholars from the University of South Carolina and Iowa State University explain why that’s the case. And one way to improve the chances that pregnant people can get the help they need is to offer an alternative emergency number, other than 911, that is not connected to the police or state surveillance, a trio of experts write in a piece first published by our sibling site, the Michigan Advance. 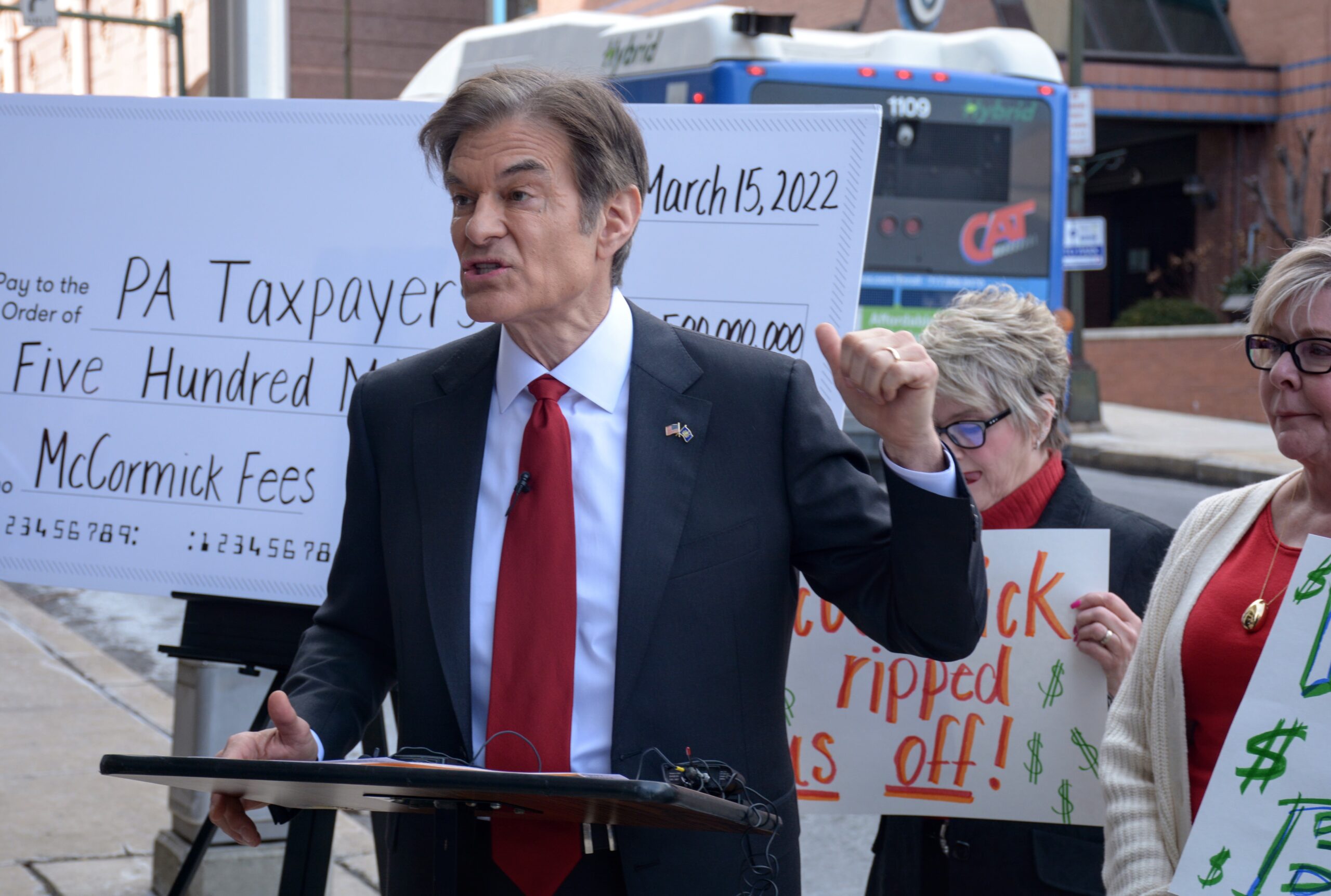 Famed historian David McCullough, a Pittsburgh native, is being remembered after his death at 89. The Post-Gazette has the story.

PennLive has new details on the death of a man who was being held in Dauphin County prison (subscriber-only).

The widow of a man who died in a Lehigh Valley nursing home during the pandemic is suing Northampton County, the Morning Call reports.

Family members of the people who live in White Haven Center, a facility that cares for people with intellectual disabilities, tell the Citizens’ Voice they expect the state will press their relatives to transfer to another facility by the end of November.

A protest encampment in Philadelphia’ University City neighborhood has been dismantled. But activists say their fight isn’t over, WHYY-FM reports.

The FBI executed a search warrant at the Florida home of former President Donald Trump on Monday. Insider has updated coverage.

WolfWatch
At 10 a.m., Gov. Tom Wolf will attend the CHIP bill signing at the White House. And at 4 p.m., Wolf, along with House Minority Leader Joanna McClinton, D-Philadelphia, and representatives from Planned Parenthood,  hold a virtual discussion on the future of abortion rights in Pennsylvania.

Heavy Rotation
One of the true nice guys in American indie rock, Mark Walton, rings in another year today. Though he’s mostly known for holding down the bass duties in the legendary Dream Syndicate,  Walton also did a lengthy spell with the criminally under-appreciated roots rockers The Continental Drifters. Here’s one of their best tunes, the wonderful “Rain Song,” with Susan Cowsill on lead vocals.

Tuesday’s Gratuitous Baseball Link
The Baltimore Orioles bested the visiting Toronto Blue Jays 7-4 at Camden Yards on Monday. The steadily improving Os, who are at an entirely respectable 7-3 in their last 10 games, are in 4th place in the AL East.

After ‘a Lot of Doors Shut in Our Face,’ Crusading Couple Celebrate Passage of Burn Pit Bill