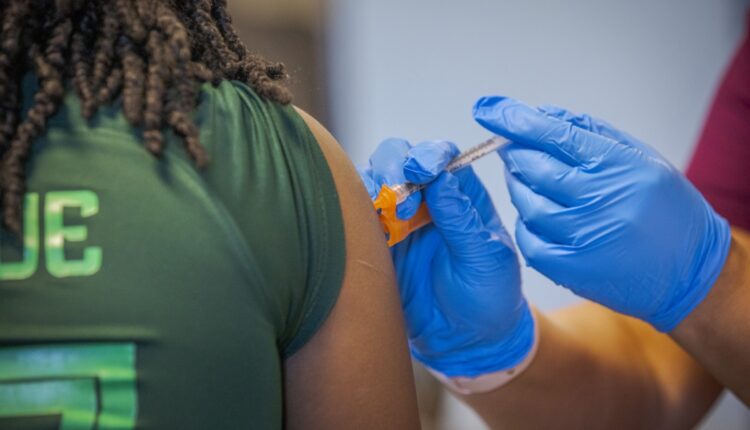 With a health clinic in Harrisburg as a backdrop, two of the commonwealth’s top public officials stressed the safety and efficacy of COVID-19 vaccinations for the youngest Pennsylvanians.

“It is reassuring to know that we have a safe and effective way to protect our children from COVID-19-related illness,” acting state Health Secretary Dr. Denise Johnson said during Wednesday’s event at the Dauphin County State Health Center in Harrisburg’s Kline Village neighborhood.

“Even if your child has already had COVID-19, they should still get vaccinated,” Johnson, who’s also the state’s physician general, continued. “Emerging evidence indicates that people can get added protection by getting vaccinated after they have been infected with the virus.”

State health officials announced last month that providers were ready to start giving the COVID-19 jab to kids as young as six months old after getting the green light from the federal government.

“As a parent, you want to do everything you can to protect your kids and keep them safe. By vaccinating my kids, I am sending them off to school this fall knowing that they are as protected as possible from this virus,” acting state Department of Human Services Secretary Meg Snead said. “I encourage all parents to talk to a trusted healthcare provider and get their kids vaccinated so they are ready and protected heading into the school year.”

In their joint statement, the two agencies noted that pharmacists only are allowed to vaccinate children aged three years old and older. Parents seeking the jab for kids under age three should contact their pediatrician, family physician, or another qualified physician. Parents also can visit vaccines.gov to find the vaccine provider that’s nearest to them, officials said.

The three-dose Pfizer vaccine is available for children under five and as young as six months. Kids who get the Pfizer shot should receive the second dose three weeks after the first, and the third shot eight weeks after the second shot, officials said.

The two-dose Moderna vaccine is available for children ages six months through five years old, and the second shot should be administered 28 days after the first dose, officials said. 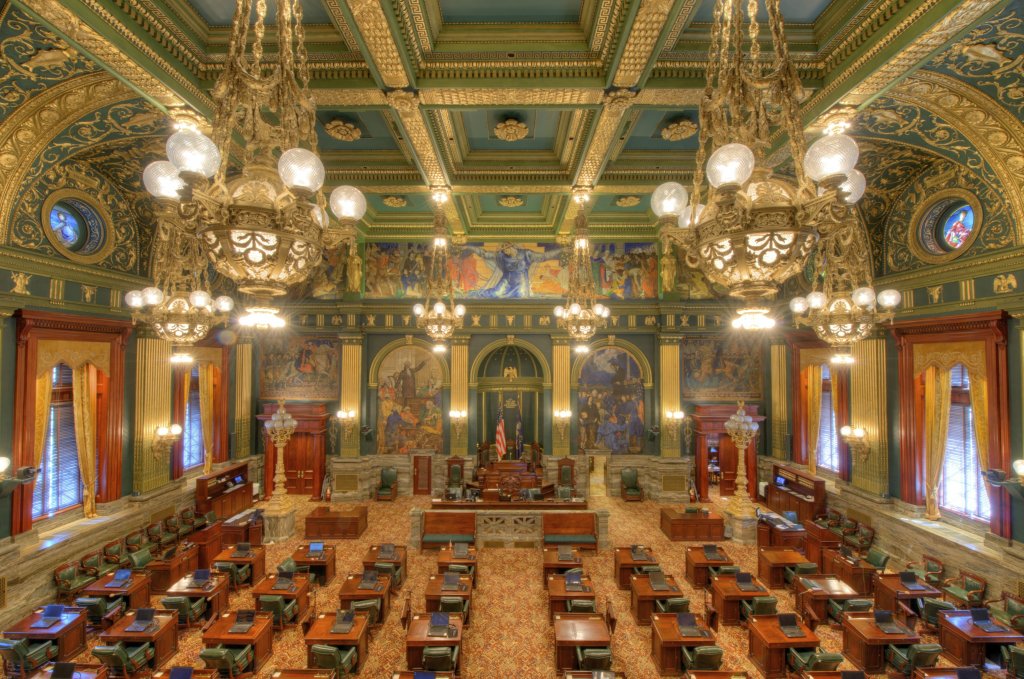 Our Stuff.
Our partners at City & State preview the five, must-watch fights for the state Senate. Who says FetterOz gets to have all the fun?

Republicans, hoping to flip control of Congress in the November elections, appear to have decided against campaigning on a unified abortion platform that would specify exactly what conservatives plan to do if given control of the U.S. House and Senate. Capital-Star Washington Reporter Jennifer Shutt has the story.

U.S. Rep. Brian Fitzpatrick, R-1st District, was one of eight Republicans to vote with House Democrats to send the Senate legislation that would guarantee people the right to use contraception without government interference, Jennifer Shutt also reports.

On our Commentary Page this morning: The U.S. child welfare system is falling short because of persistent child poverty, two Boston University scholars write. And the Webb telescope’s images remind us of who we really are, Quentin Young, of our sibling site, Colorado Newsline, writes.

Elsewhere.
From the Inquirer: Philly pols weigh in on the ‘Sixers’ proposal to build a new arena in Center City.

Already one of the nation’s most expensive public universities, Penn State will raise tuition and fees for the coming school year, the Post-Gazette reports.

PennLive has what you need to know as PrideFest returns to Harrisburg.

Republicans have filed a new legal action seeking to throw out Pennsylvania’s mail-in voting law, the Associated Press reports (via the York Daily Record). And voting rights advocates tell WHYY-FM that the new  legal challenge is fueling the Big Lie.

Republican U.S. Senate candidate Mehmet Oz barnstormed in Allentown on Thursday, where he talked about inflation, the Morning Call reports.

In Pittsburgh, local Democrats denounced GOP gubernatorial nominee Doug Mastriano’s ties to a right-wing social media site, WESA-FM reports. PoliticsPa examines some of the fact-free claims Mastriano made during an interview with one site.

President Joe Biden called Wilkes-Barre Mayor George Brown after a COVID-19 diagnosis prompted him to cancel a visit to the city, the Citizens’ Voice reports.

GoErie takes a look at what’s next for passenger rail service in the region.

City & State Pa. runs down this week’s winners and losers in state politics.

What Goes On
11 a.m., Capitol Media Center: Pa. Revenue Department officials discuss how businesses can protect themselves from scammers looking to steal their financial information.

Heavy Rotation
Every once in a while, you just need music from English indie guitar bands. And the exemplar of the species has to be the C86 movement. So here’s a whole playlist to get your Friday rolling.

Friday’s Gratuitous Soccer Link
Zlatan Ibrahimovic has signed on for another year with AC Milan, despite facing an uphill road to recovery from knee surgery, the Guardian reports.