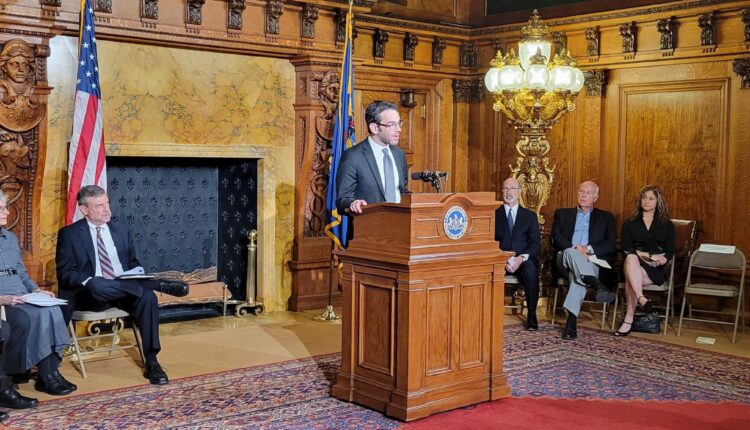 From schoolteachers and their students to office and healthcare workers, you’d be hard-pressed to find any Pennsylvanian who didn’t struggle with mental health issues during the very tumultuous last three years.

Now a Lehigh Valley lawmaker, who’s been very public about his own mental health battles, says he wants the state to spend $100 million on new mental health programs to give his fellow Pennsylvanians a helping hand.

The “HOPE for PA” plan offered by Rep. Mike Schlossberg, D-Lehigh, would, among other things embed more social workers with police, provide funding for tele-health and outpatient services, and put mental health specialists in emergency departments.

“If we invest $100 million in mental health care in Pennsylvania now, we can save lives and livelihoods,” Schlossberg said in a statement. “HOPE for PA is a collaborative proposal with input from mental health leaders, stakeholders, and staff. This builds upon existing operations and proposals. It does not replace them.”

The proposal would provide, according to Schlossberg:

Schlossberg’s plan will be one of the many competing for attention as the Republican-controlled General Assembly and the Democratic Wolf administration get down to the brass tacks of putting together the 2022-23 state budget. The two sides have until midnight on June 30 to get a deal.

But with a state budget surplus in the neighborhood of $6 billion to $7 billion and roughly $2.2 billion in unspent federal relief money at hand, Schlossberg told ABC-27 in Harrisburg that there’s room for his proposal.

In a Tuesday statement, the Democratic lawmaker dived deep into the data to build the case for his legislation, noting that “one in five people are currently experiencing a mental health condition, and only half of them are receiving treatment. The COVID-19 pandemic has only plunged Pennsylvania deeper into the already-existing mental health crisis.”

And pointing to data compiled by the National Alliance on Mental Illness, Schlossberg noted that 39.8 percent of Pennsylvania adults reported symptoms of anxiety or depression since February 2021 and in 2020. A total of 2,014 Pennsylvanians died by suicide in 2020, he added.

“We have to be honest about the fact that our communities are riddled with trauma and that trauma survivors live with symptoms and behaviors that perpetuate a vicious cycle,” Felicia P. Roche, the interim director of mental health and social services for New Options, More Opportunities, said. “Resources and access to quality mental health services is vital in breaking these cycles and creating real change; it’s our only hope,”

And while the pandemic didn’t create the current crisis, it did add “high-octane fuel to a fire already out of control,” one medical professional said.

“The flames of mental illness affect people of all ages but particularly our youth,” Dr. James A. James III, the interim chair of psychiatry and behavioral health at St. Luke’s University Health Network, said in that statement.

“And as the pandemic, hopefully, runs out of gas and we better adapt to our current world, it is clear that the mental health crisis we face has already too much fuel and is burning far too hot to disappear without intentional action, wise investments and determination,” James said. With the U.S. Supreme Court set to issue a ruling that could potentially overturn the 49-year-old landmark Roe v. Wade decision that granted pregnant people the constitutional right to an abortion, researchers and mental health professionals are concerned about the potential mental health impacts of denying people access to abortion care. Cassie Miller has the story.

The Senate State Government Committee unanimously voted on Tuesday to advance two pieces of legislation prohibiting government contracts with Russia and Belarus and divesting public holdings connected with the countries as the war on Ukraine continues, Marley Parish reports.

Black lawmakers, their allies, and community advocates gathered Tuesday to commemorate this weekend’s Juneteenth holiday, saying it’s as much a celebration of Black America’s heritage and achievements as it is a moment of protest and a challenge for the nation to do better. Story and video from me.

On our Commentary Page: Pa.’s $5 prison co-pay helps no one and it should be eliminated, a prison reform group argues. And from the pandemic to Jan. 6 and the Ukraine War, there has been no shortage of lessons for the next generation of military leaders, opinion regular Charles D. Allen, of the U.S. Army War College in Carlisle, writes. 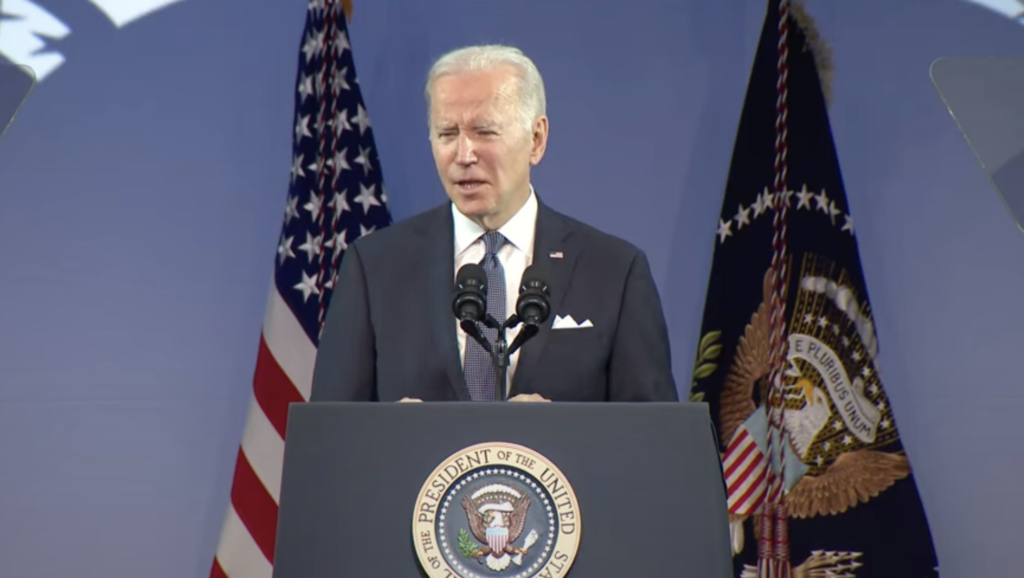 Speaking to labor leaders in Philadelphia on Tuesday, President Joe Biden said ‘inflation is sapping the strength,’ of the nation’s families, the Inquirer reports.

Philadelphia officials are about to give more money to violence prevention groups, but earlier recipients still haven’t been paid, WHYY-FM reports.

Sales of body armor are increasing. NPR delves into who’s buying it — and why (via WITF-FM).

The Hempfield Public Schools in Lancaster County have approved a proposed addition to its athletics policy requiring students to play on teams corresponding to their gender at birth, with ‘reasonable accommodations,’ LancasterOnline reports (paywall).

What Goes On
The House and Senate both come in at 11 a.m. today.

Wednesday’s Gratuitous Hockey Link
NHL.com runs down the storylines in tonight’s Stanley Cup final face-off between the Tampa Bay Lightning and the Colorado Avalanche. The puck drops at 8 p.m.