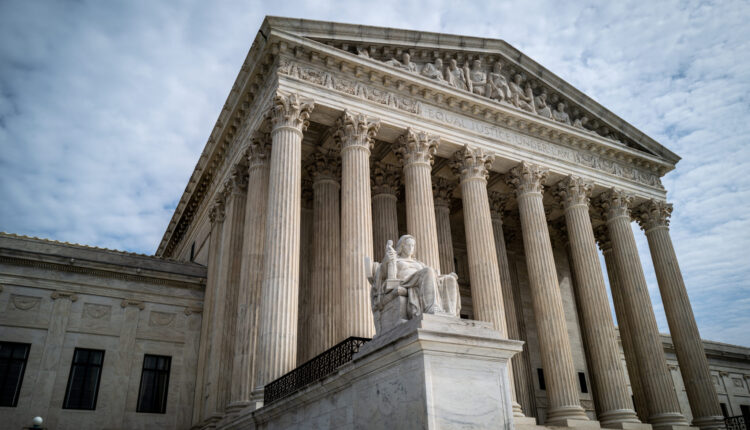 Pa. elections likely to generate a new round of lawsuits over mail-in ballots, retired judges say

The Pennsylvania Supreme Court’s evenly divided result in the latest case seeking clarity on vote-by-mail rules is a set up for “utter chaos” after polls close in the midterm elections next week, retired federal Judge John E. Jones said.

In a Zoom call with reporters Wednesday, Jones and two more retired federal judges from across the Keystone State mapped out the legal landscape upon which challenges to this year’s election results will be fought.

Candidates and voters should be prepared for uncertainty and delay, be patient and allow all of the votes to be counted, they said.

But without clear guidance for election officials on whether to count mail-in ballots that are returned without a date, the stage is set for another cycle of litigation that could delay final election results for weeks or even months, the judges said.

“It’s going to have to be settled by the [U.S.] Supreme Court … which is a protracted, difficult proceeding, and it’s very unfortunate that this question is hanging out there unresolved,” Jones, who was appointed to the bench by former President George W. Bush in 2002, said.

The legal limbo comes at a time when public faith in the election system has been swayed by persistent misinformation and baseless claims of fraud.

On Wednesday, Republican gubernatorial nominee Doug Mastriano turned a message about delays in counting votes from acting Secretary of State Leigh Chapman on its head in a campaign email with the subject line, “The fix is in (2020 all over again).”

“You don’t have to look too far back in history (just 2 years) to see what happens when our elections are run by incompetent Democrats with lax laws and barely any enforcement of them,” said Mastriano, who falsely claims the 2020 presidential election was stolen.

“We need to recognize the integrity of the electoral process … and the good faith and diligence of election workers,” retired U.S. District Judge Thomas Vanaskie, who was appointed by former President Bill Clinton, said.

The briefing was organized by Keep the Republic, a nonpartisan organization dedicated to protecting and strengthening the electoral system. It also included retired U.S. District Judge Robert Cindrich, of Washington County.

Questions about mail-in ballots have been at the center of numerous election challenges since 2020, when voting by mail without an excuse for not going to the polls became an option.

The U.S. Supreme Court last month threw out a federal appeals court’s ruling that said not counting ballots returned on time but without a date would impermissibly disenfranchise voters under the federal Civil Rights Act.

“That decision means nothing right now, at least in jurisprudential terms it has no precedential effect. So I’m afraid we’re gonna be back to square one,” Vanaskie said.

Voters backed by the state and national Republican parties sued last month asking the state Supreme Court to rule on the issue before the election. The question before the court was whether the date requirement runs afoul of the Civil Rights Act’s bar on disenfranchising voters over paperwork errors unrelated to their qualifications to vote.

Former state Supreme Court Chief Justice Max Baer’s death last month left the high court with only six members and a vacancy that is likely to remain until the next governor takes office.

In an order Tuesday, the state Supreme Court said it was split 3-to-3 and unable to decide. It ordered county election officials to set aside and not count mail-in ballots without a date.

Unless one of the justices changes their mind, the impasse is unlikely to be resolved by a state court, Jones said.

“I almost think that that is a recognition on the part of the Pennsylvania Supreme Court that those ballots are still going to be in play based on the potential federal litigation,” Jones said.

If election results are not immediately clear, the judges urged Pennsylvania residents to remember one thing: “Trust the process.”

What does the impeachment process look like in Pennsylvania?